A trip through most of Utah's National Parks

Written by Lisa. Published on Monday, 25th May 2015
A very quick visit to Zion, Bryce, Grand Staircase-Escalante and Capitol Reef National Parks as well as a side trip to Hoover Dam.

Before researching this trip I had no idea that Utah had such a massive range of national parks to visit and that a lot of the famous red rock sights are to be found in this state. Due to this we had to try to work it into our drive, even if only for a couple of days despite the fact that it would take us off route a little.

On leaving Vegas we remembered that we were really close to the iconic Hoover Dam and so took a detour on our way to Zion National Park to check it out. We learnt that you should drive over the dam (a pretty cool experience in itself) and use one of the free parking lots on the Arizona side instead of paying for $10 parking on the Nevada side. 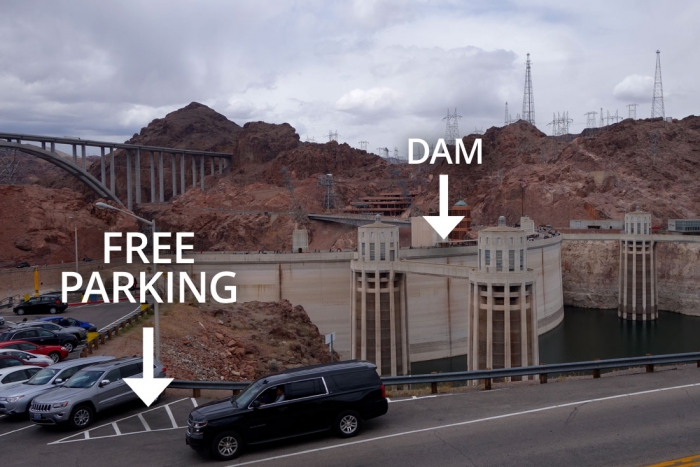 We took a quick walk across the dam, peering over its dizzying sides and then continued on our journey. If you have more time you can apparently pay for a tour of the dam itself which would be really interesting but sadly we couldn't fit it in! 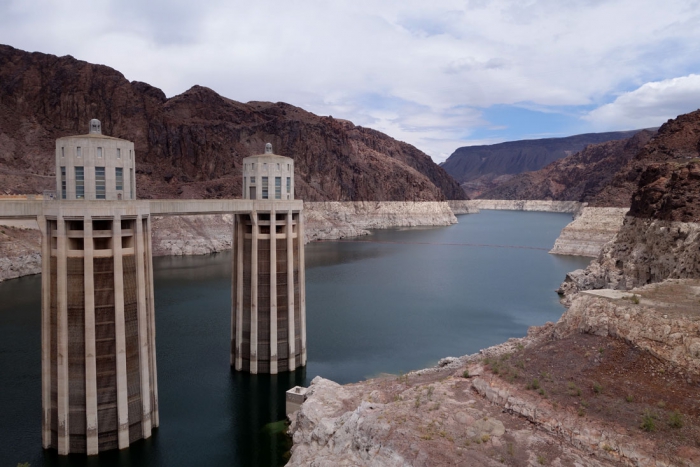 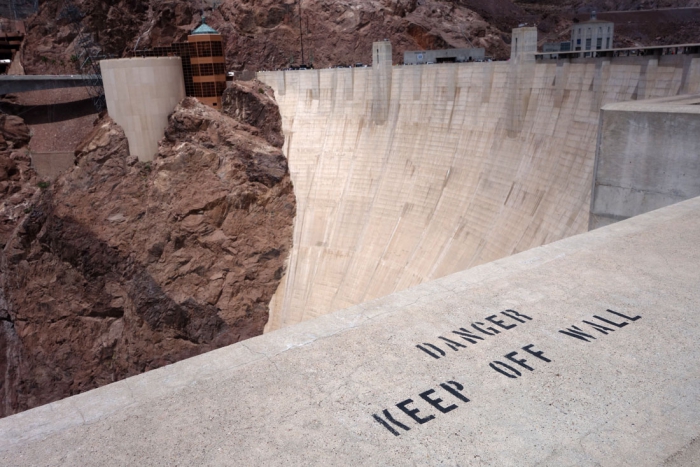 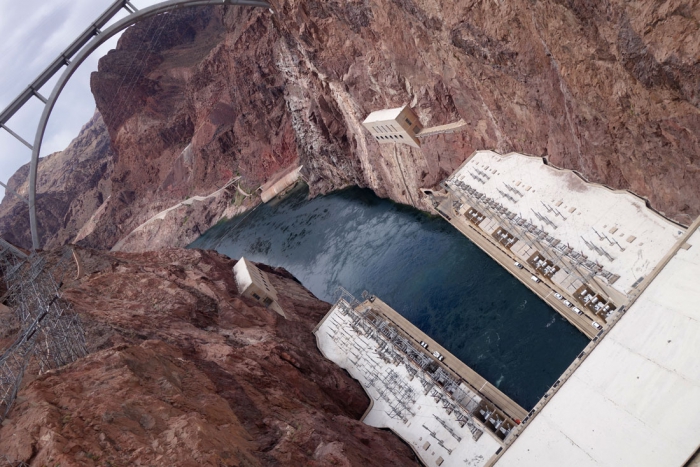 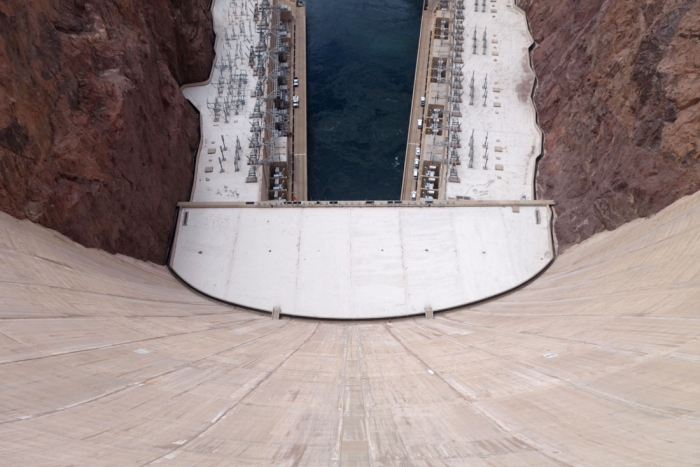 Maybe it would be like a fun water slide...

The main thing that struck us about this park was how red the rock was, this was the first time we had encountered it although it was most definitely not going to be our last! 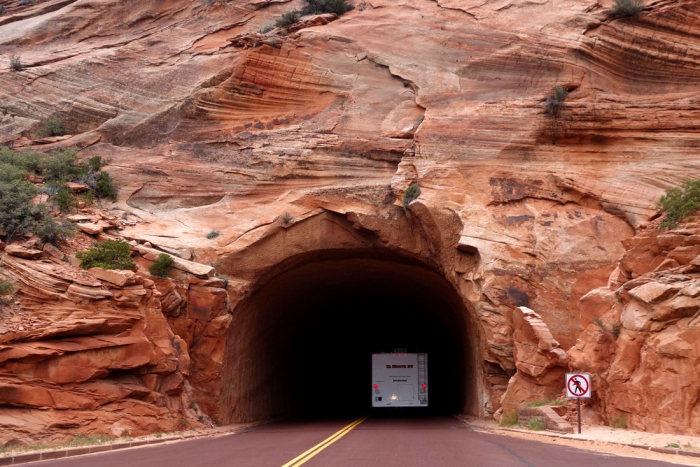 We essentially just drove through this park to get a general feel for it and hopped out at any decent looking viewpoints; We didn't have anything specifically that we wanted to see. 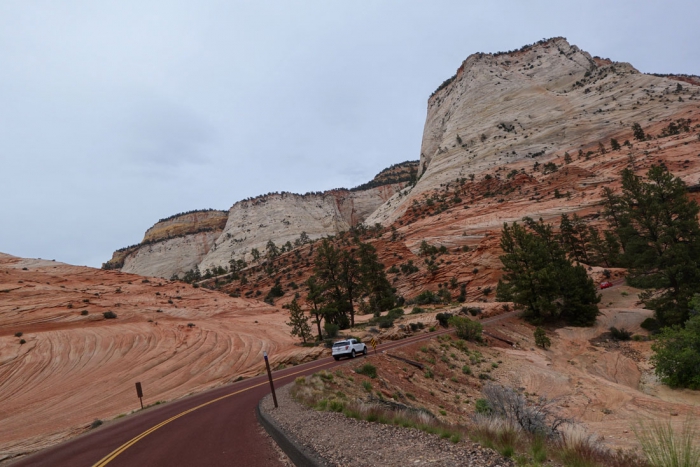 It was a nice introduction to the Utah parks but I think some of the others were perhaps a bit more interesting!

That night we decided to camp at the Bryce-Zion campground which you can probably guess is located between those two parks.

We had dinner in the small town next to the campground in a quirky restaurant called Wild Boar Bistro that served us some awesome meat which Alistair was quite happy with. 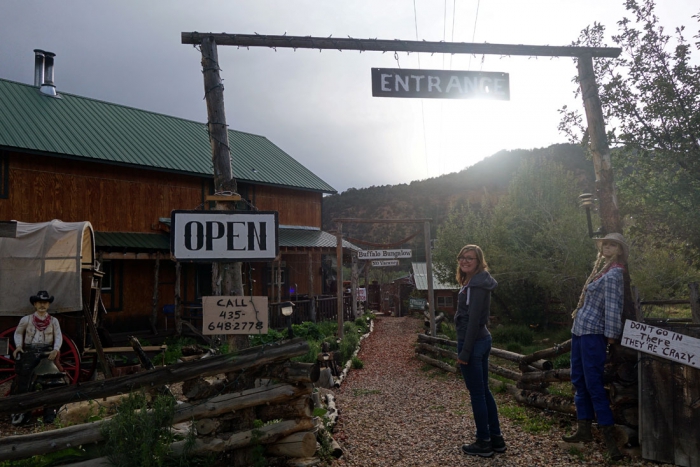 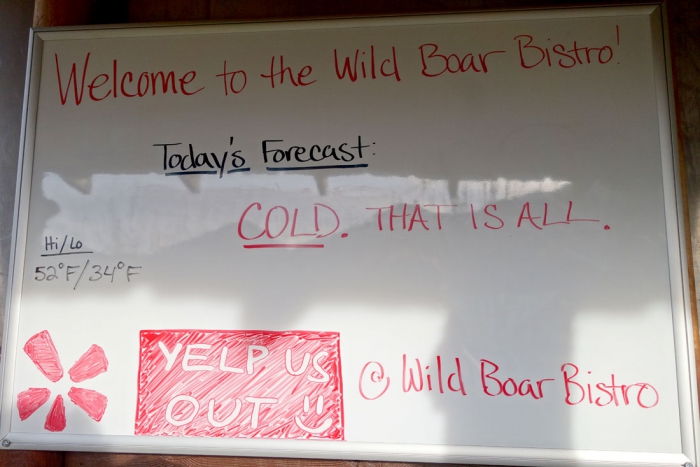 We probably should have read this a little more closely...

We hadn't had much luck camping so far with every night being pretty cold so that night we decided to properly later up and even break out the thermals we had brought with us! Despite all of this however we still had a very unsettled night due to the bitter coldness, it was so much worse than the other nights and we couldn't work out why.

In the morning we very quickly realised the issue; Alistair rolled over and hit the side of the tent by accident and a large piece of something slid off. Confused we opened the front flap and the whole area was white! It was snowing and it had likely been snowing all night. No wonder we were so cold, the top half the tent is mesh ventilation with a rain cover so we had basically been sleeping outside in the snow! We have now learnt how crazy Utah weather can be, from sunny to snow in a matter of minutes. 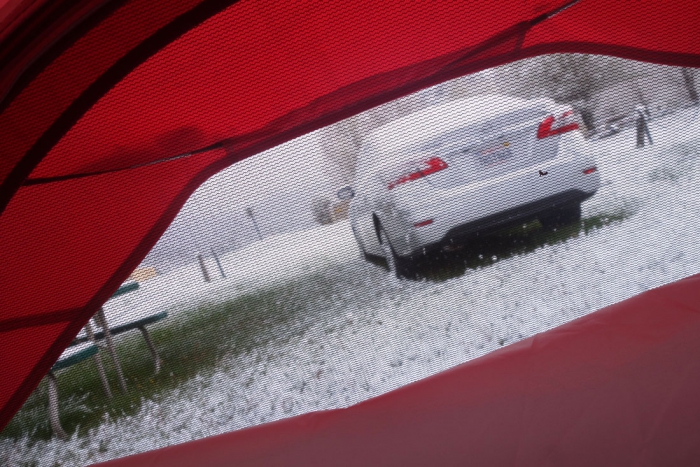 Realising why it was so cold in the tent

That day we continued on our journey through Utah with our first stop being Bryce Canyon. Most of the excitement in this park is concentrated around the 'amphitheatre' where you can look down and see a vast area of crazy and beautiful rock formations. We visited a bunch of viewpoints around the rim - Sunset, Inspiration, Bryce and Paria - which were all great to have a look at (and are all close together so it isn't too hard to see them all! 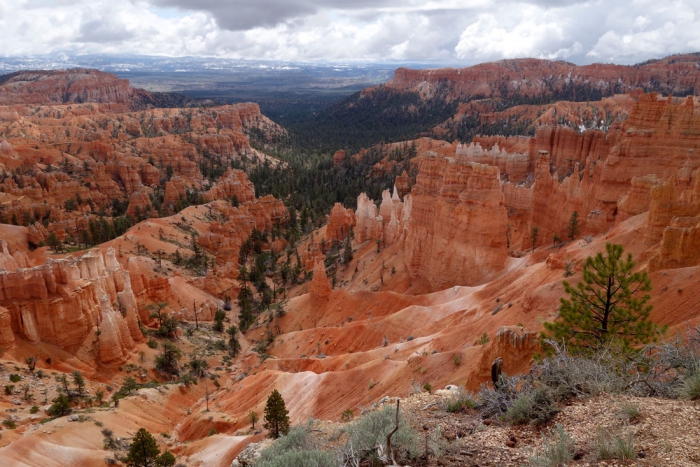 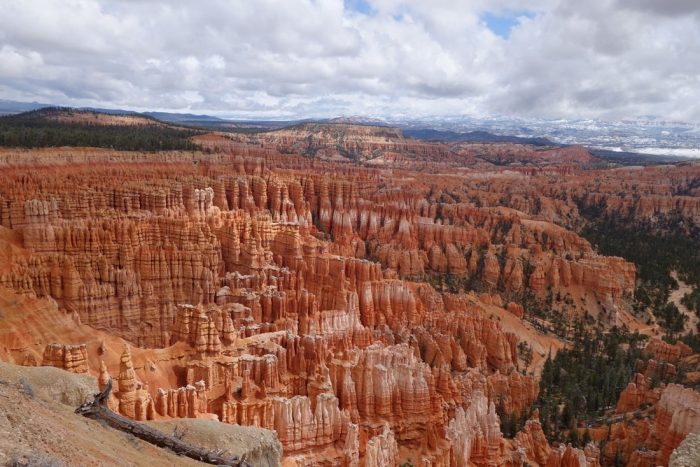 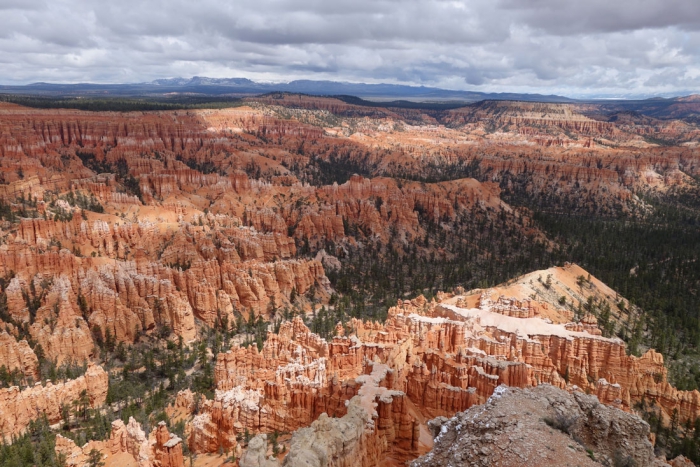 Our final excitement in this park was on our way out. We came across a bunch of prairie dogs beside the road. These are adorable little creatures which make an hilarious sounding squeak call to each other. Another animal to add to our ever growing list! 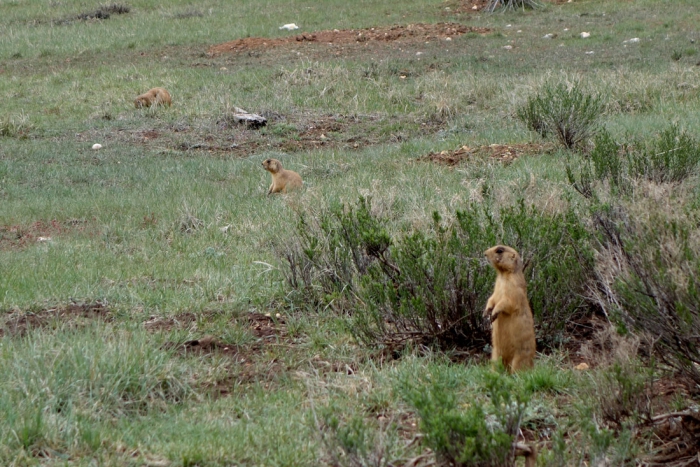 The next day we wanted to visit Arches National Park and so decided to drive a bit closer to it to make the following day a bit easier. This meant that we ended up traversing small portions of the Grand Staircase-Escalante and Capitol Reef National Parks which we hadn't actually intended to do.

These two parks had completely different landscapes to the previous ones and so our day was incredibly varied for just one drive! Again we didn't have any specific stopping points but simply pulled over when we saw a cool view. 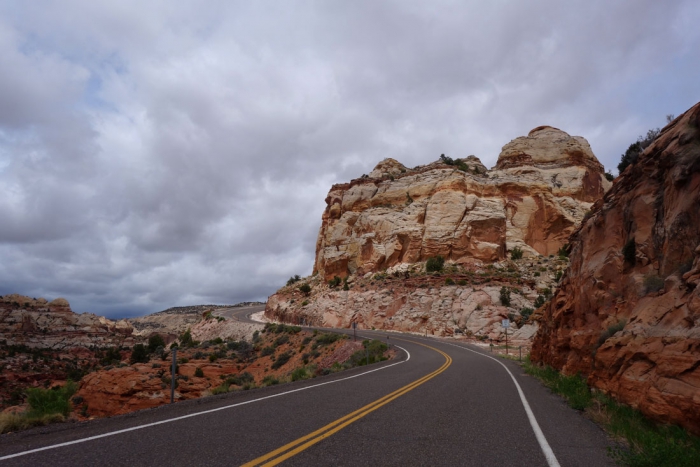 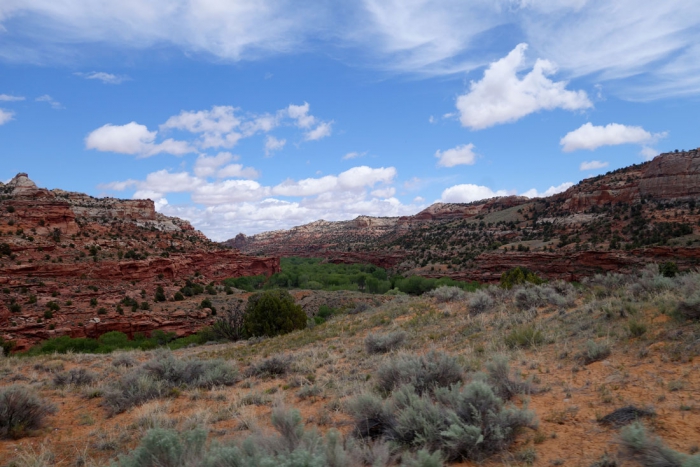 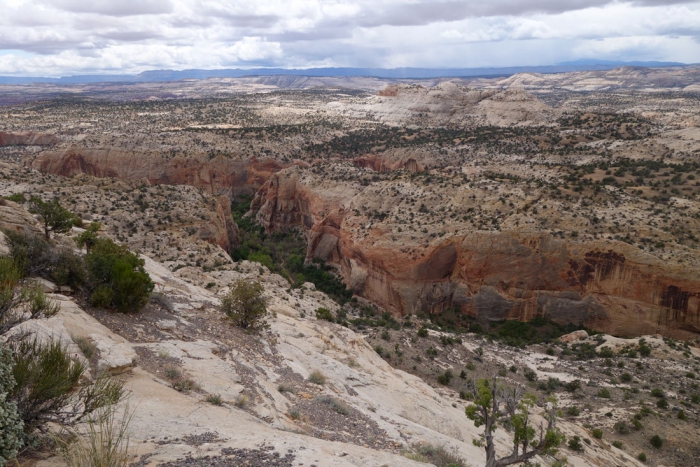 The other thing about the drive that day as well as the ever changing scenery was the ever changing weather! We had sun, rain, sleet and even a pretty heavy snow storm at different parts of the day; Utah you have crazier weather than Northern Ireland and that's saying something! 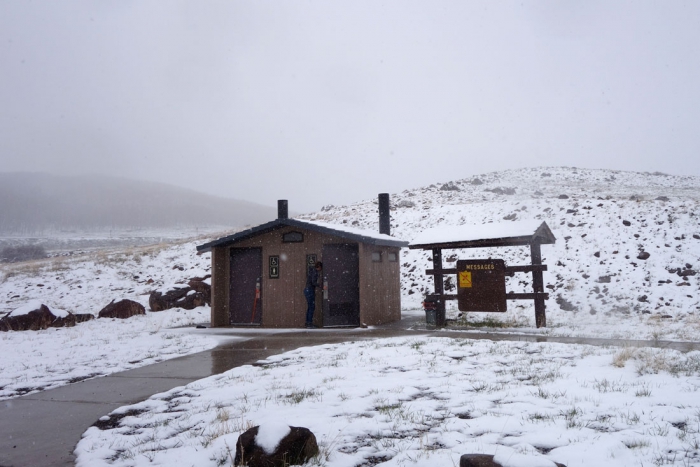