A day and night at the Grand Canyon

Written by Lisa. Published on Thursday, 28th May 2015
Spending a day at the Grand Canyon and a night at Desert View campground in the park.

We started this day quite early as the main campsite in the Grand Canyon had booked out ages in advance and we needed to get a walk-in spot at the other campsite: Desert View (at the east gate). Thankfully when we arrived there were still a few spots left so we picked one, paid up and set up our tent. This left us the rest of the day to see the Grand Canyon itself. 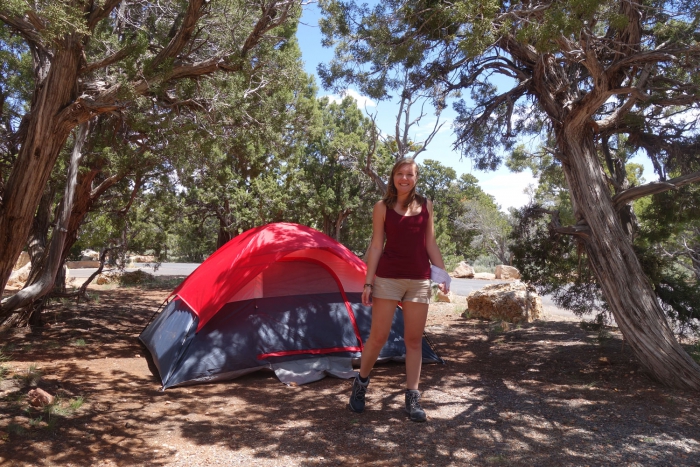 We flicked through the leaflets we were given at the gate (the same format in every national park and so far we have found very useful with maps and guides and activities listed) and discovered there was a free guided ranger walk on the rim trail quite soon which we were going to walk anyway.

We arrived at the start point just in time but parking turned out to be problematic. Alistair hopped out to listen and keep track of the group whilst I went round the carpet several hundred times looking for a space. When I finally found one about 15 minutes later the group were still at the starting point. Turns out the walk was more of a short wander and the topic was architectural history instead of Geology. We found it quite hard to leave so ended up hearing the whole thing which was actually quite interesting in the end, if not what we were hoping for.

After a spot of lunch we headed to the main visitor centre to actually walk part of the rim trail. We started at Mather viewpoint and carried on to the start of the Kaibab trailhead where we caught one of the park's free shuttle buses (which run all over the place every 15 minutes) back to our car at the visitor centre. 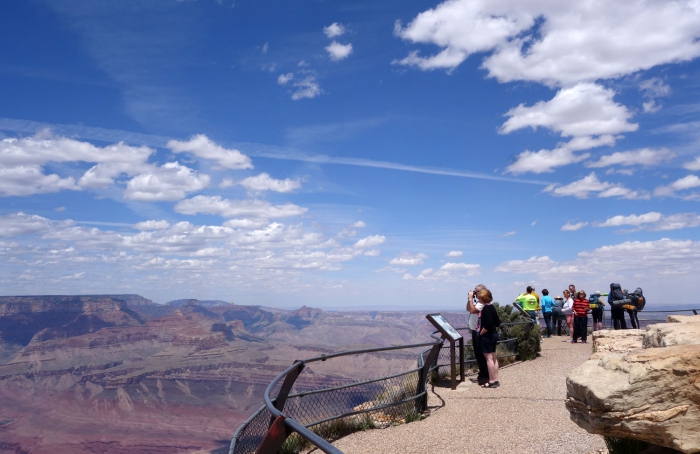 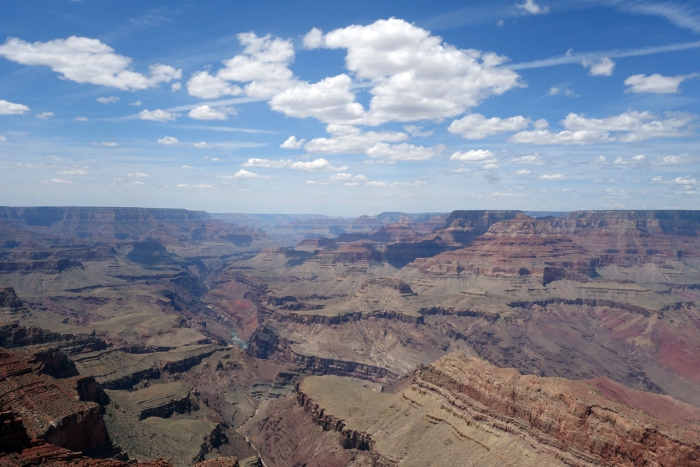 We then drove back towards the campsite stopping at all the viewpoints en route. Each is actually a little different from the one before so it is worth checking out more than one! 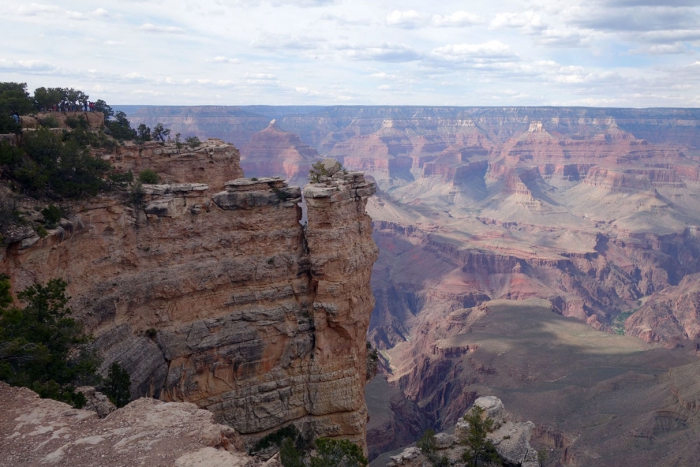 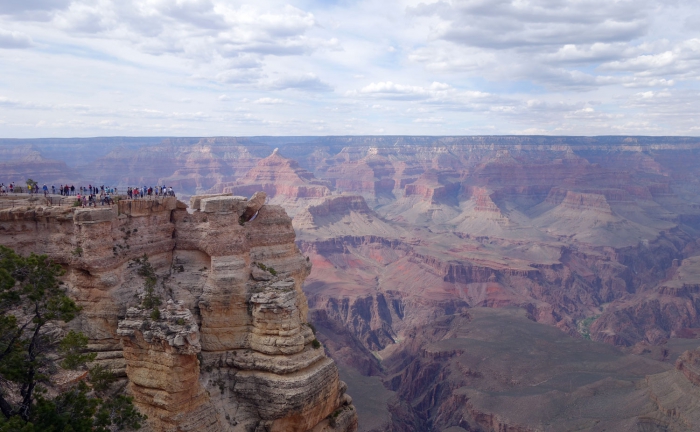 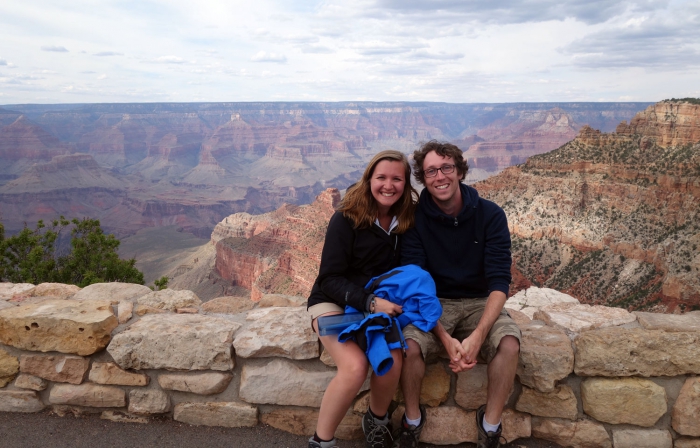 One of our final stops was the watchtower at Desert View. We had heard a lot about it on the earlier tour so went to check it out ourselves. It is based on Native American design and sits on the edge of the canyon. The views from inside and outside are beautiful and you can actually climb up to the top of the tower for free. 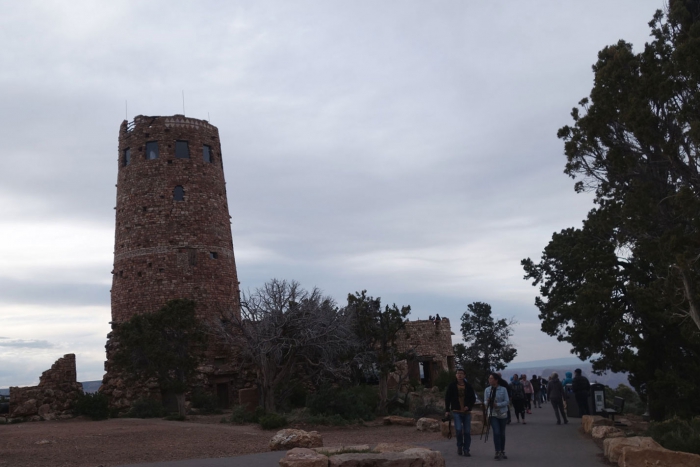 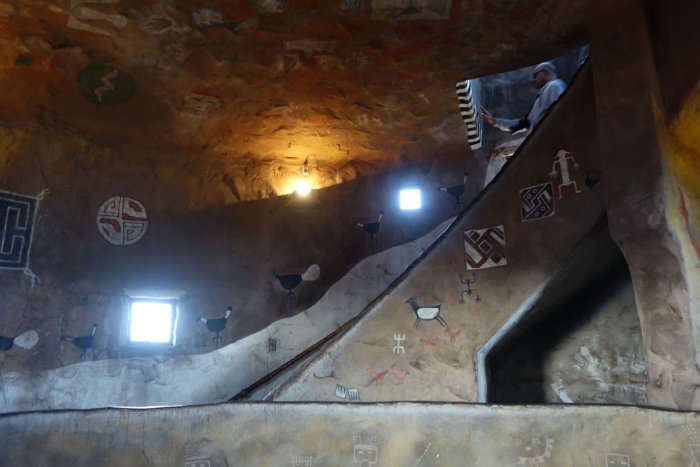 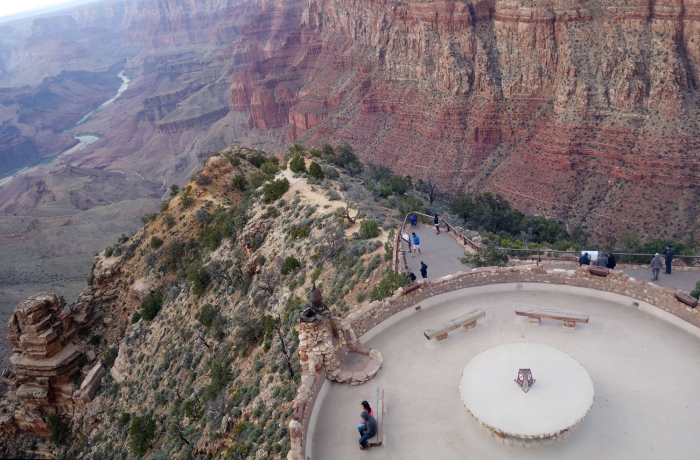 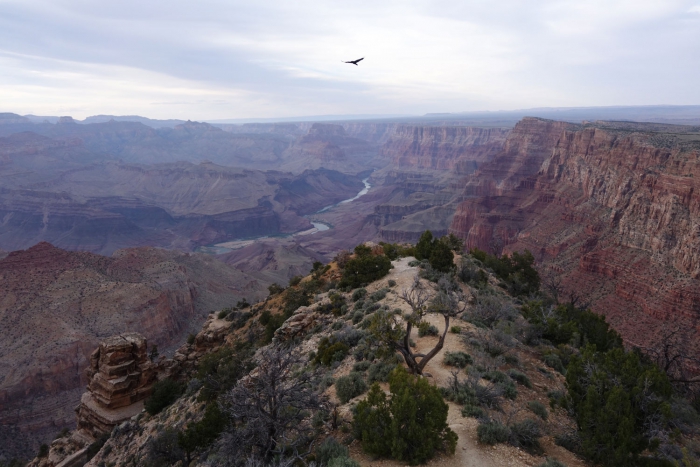 Our last activity of the day was to try to catch the sunset. We were worried that the day was too overcast to actually see the sunset but we were pleasantly surprised! We went to Navajo point which was quite quiet with not too many people there. We got some lovely views and colours over the canyon as the sunset and it was definitely worth the extra time to do. 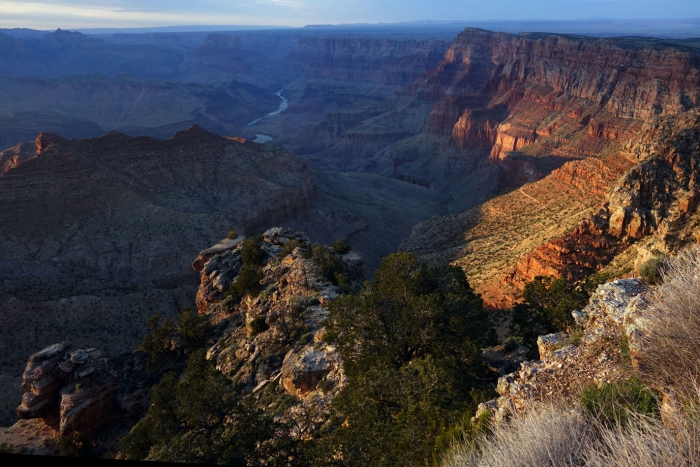 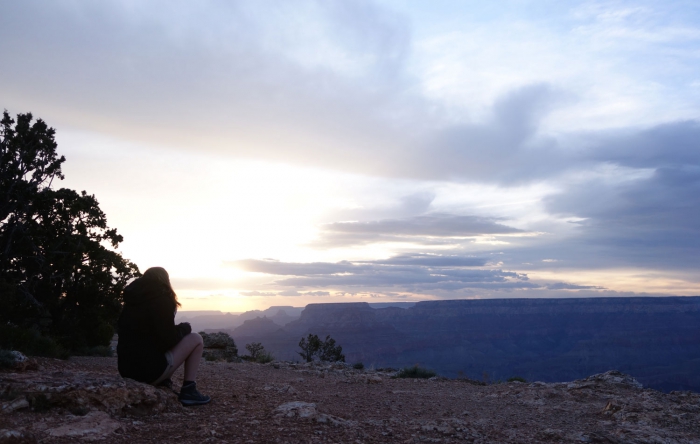 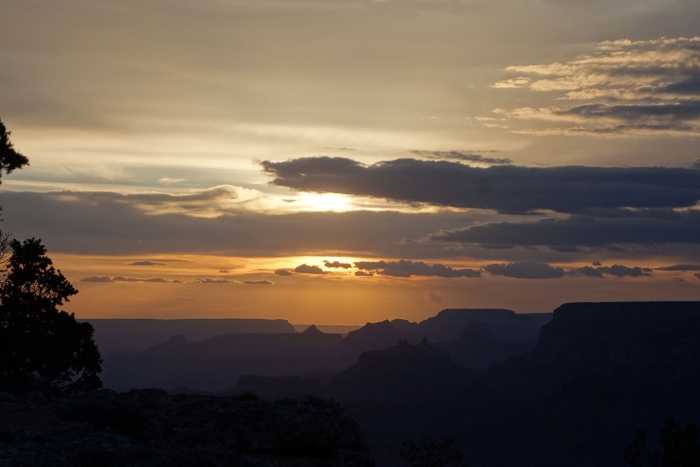 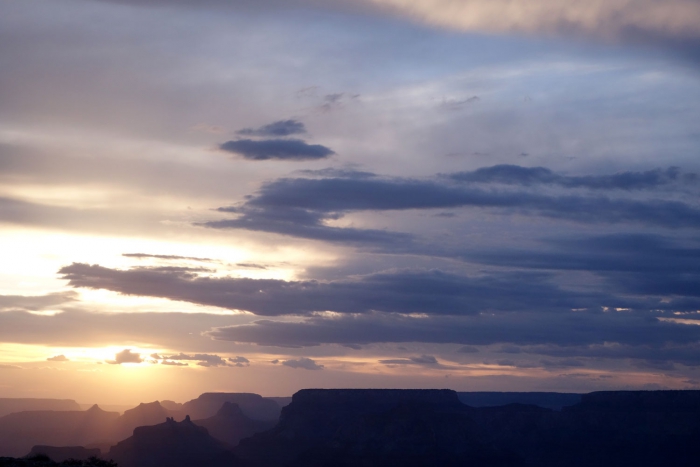 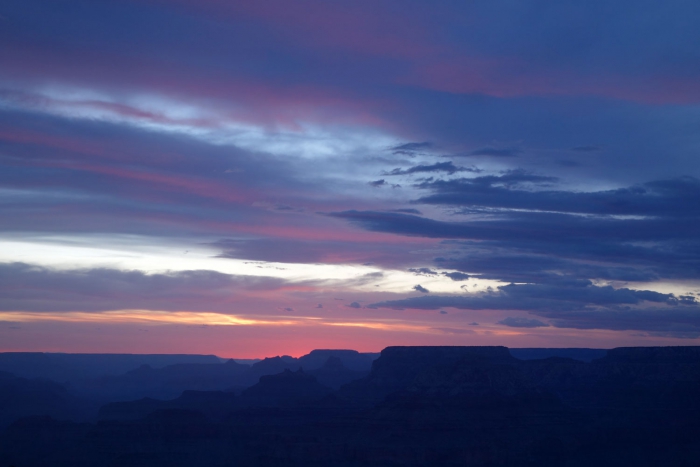 That night we decided to have another go at a campfire given that there were only mountain lions to contend with and a much fuller campsite. We successfully had sausages and marshmallows (not together!) this time without any nasty surprises so all in all a pretty great trip to the Grand Canyon and another thing scratched off the bucket list. 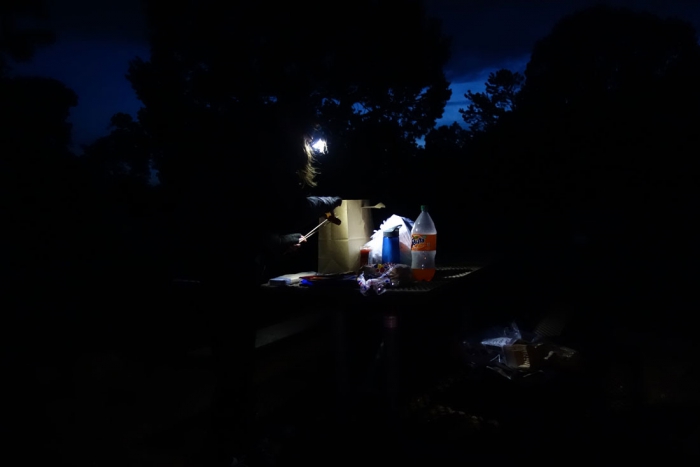 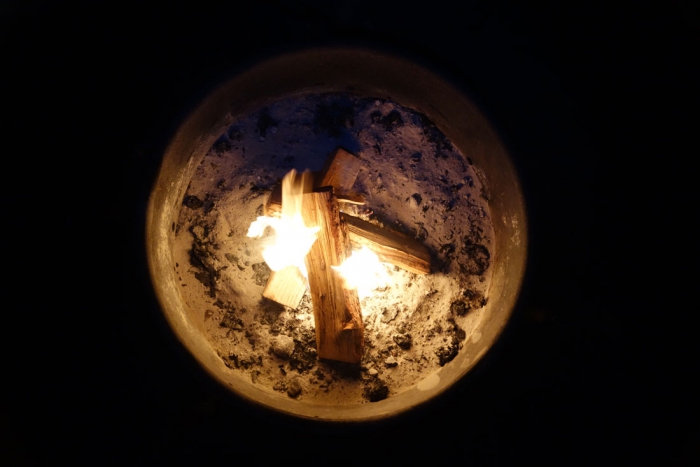