Written by Lisa. Published on Sunday, 31st May 2015
Visiting Albuqurque to hunt down some of the well known Breaking Bad sights.

Our roadtrip was going to take us through New Mexico and we couldn't visit this particular state without a side trip to Albuqurque to pay homage to Breaking Bad. Alistair had actually watched the show from near the beginning and had been really trying to get me to watch it ever since it finished. I was never really convinced, it seemed quite dry and not very exciting. Finally I agreed to watch the first couple of episodes over Christmas time. I was pleasantly surprised and quickly became immersed! It was funny and emotional and not like any other TV show I have ever watched. With both of us now fans we were pretty excited about seeing Albuqurque in real life.

This chicken fast food place is pretty iconic on the show. A little bit of internet searching told us that the whole building does actually exist in the city but is called Twisters and serves Mexican food. 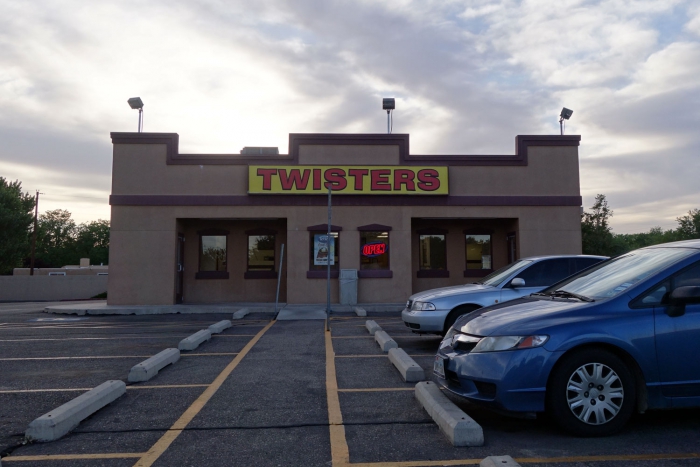 We pitched up to grab some dinner and were one of only two people in the place (and the other was most definitely a local). It looks just like in the show and we had a great time sitting in 'Walters booth' and taking photos beside the Pollos Hermanos sign that they have kept inside while still feeling just a little bit awkward. 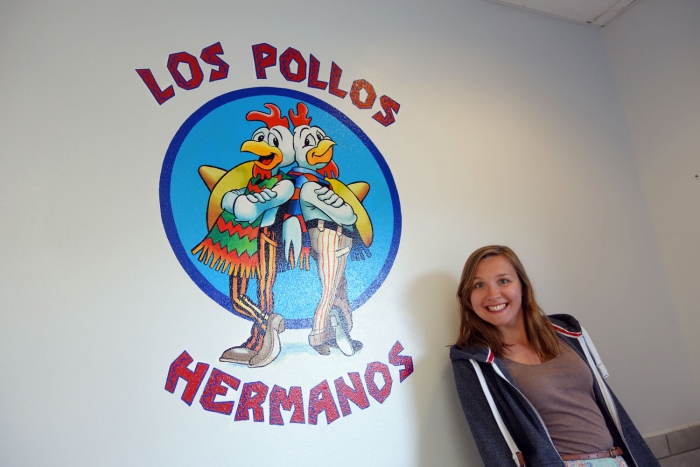 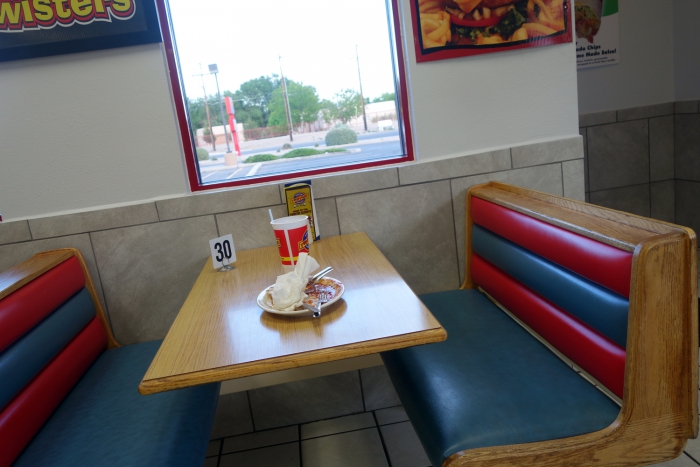 We had planned a bit of a drive-by outside this house so that we could grab a quick photo. When we arrived however there was a lady (presumably the owner) sitting in her garage. This resulted in us driving around the block and coming back to try to park surreptitiously down the street and take some sneaky photos. Turns out we parked in front of a Fox News van which we assume was there to talk to her but we have no idea about what! 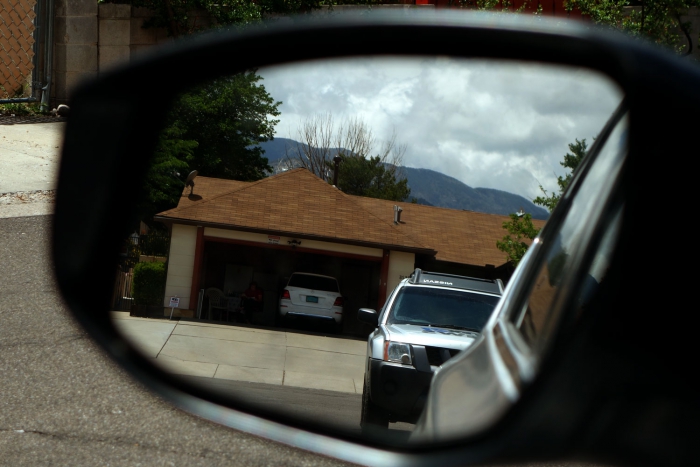 They left whilst we were sitting there trying to be inconspicuous so we hastily retreated with one last photo with the lady staring us down from her front lawn; totally worth it though! 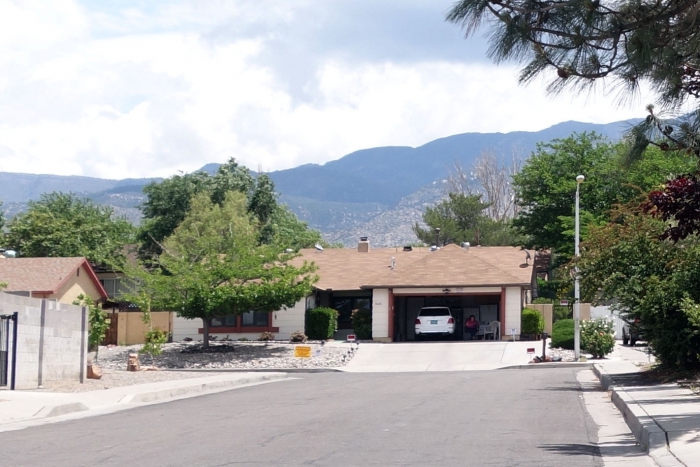 You can't visit Albuqurque and not come away with some of the famous 'blue meth' i.e. blue sugar candy. We found that the Candy Lady in Old Town still sells the prop that she made for the show in season one and two! 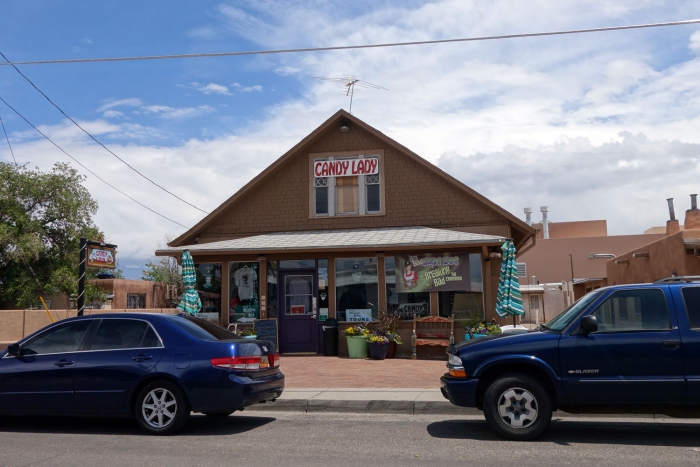 We popped in and bought two small bags which only cost a dollar each! They also have a great little photo corner where you can put on Heisenberg's hat and glasses and pose with some of the meth in front of a Los Pollos Hermanos sign; they are definitely embracing the whole nerdy tourist thing i.e. us. 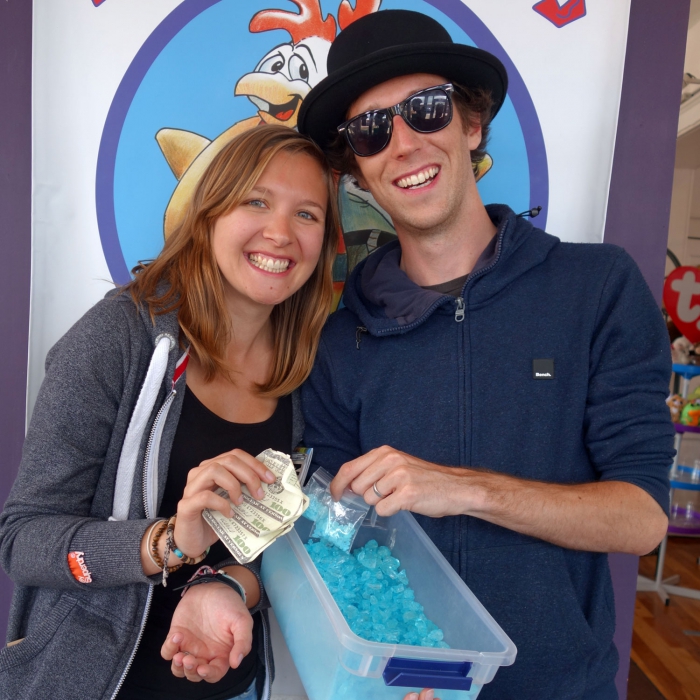 The Old Town area where the shop is located is actually very nice but we had to rush on so didn't really get to explore it properly.