Written by Lisa. Published on Tuesday, 2nd June 2015
An hour or two walking amongst the seemingly never ending white sand dunes at this national park.

This national site kept coming up again and again in recommendations of things to do in New Mexico so we decided to take a detour to see what all the fuss is about.

When you enter the park, you can start to see some white sand building up on the edge of the a road but this is still quite grassy. The deeper you go however, the more pure the sand becomes and you are faced with towering, bright white sand dunes; I would highly recommend bringing sunglasses, you will definitely appreciate them. 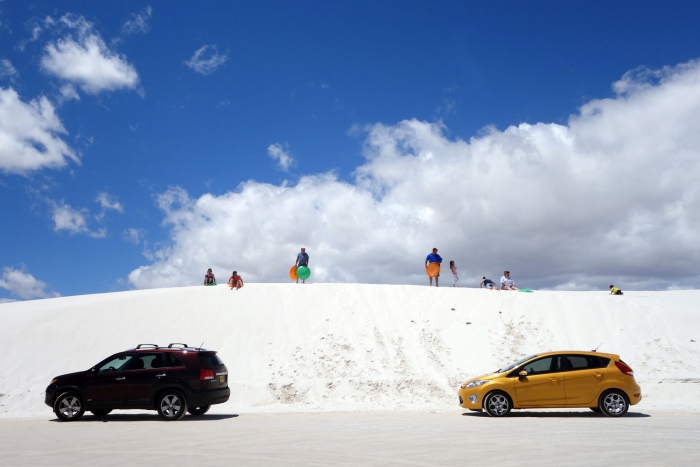 We chose to go to the furthest point and walk some of the Alkali trail (a loooong trail that we didn't have time to do fully plus it is recommended not to do in the middle of the day and you have to sign into the trail in case you get lost and don't come back!)

It is really impressive! It's so hard to describe but it's a very surreal and novel place to see if you are ever that direction. 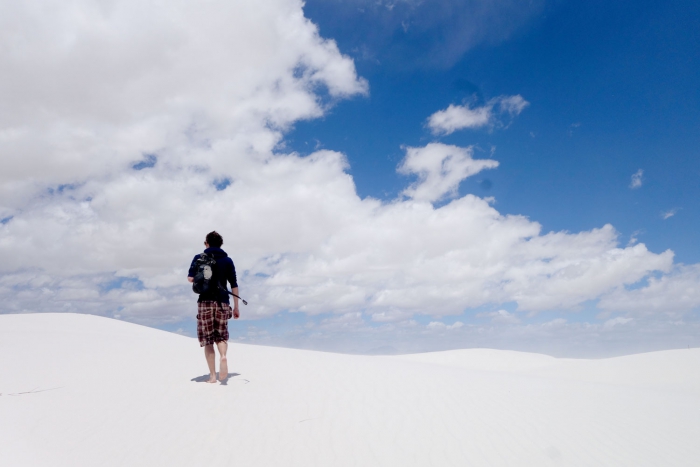 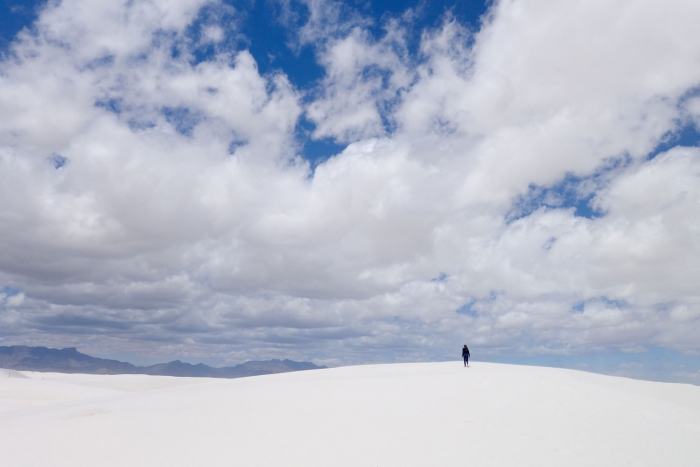 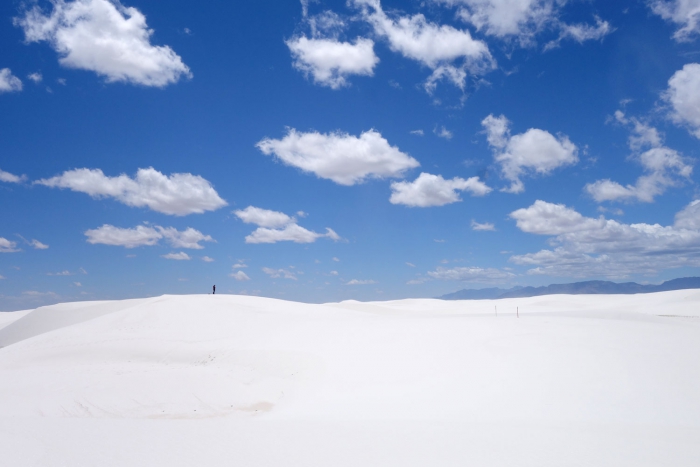 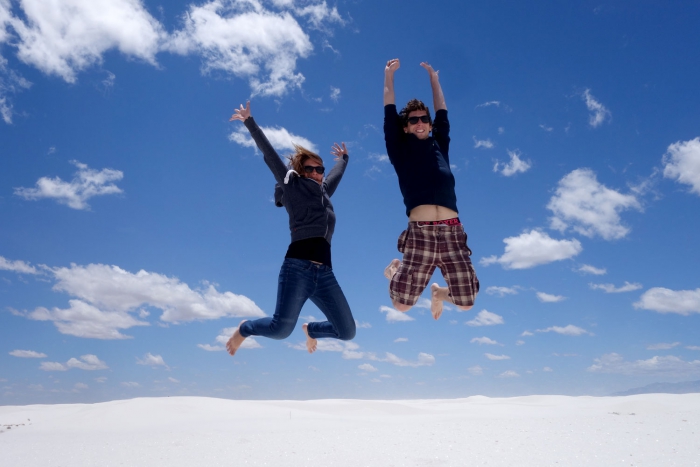 This took more tries than I'm proud to admit

Also, to continue our movie theme, this area is the sight of some filming including the new Star Wars movie and one of the Transformers films.

A couple of things to know