Getting our Witch on in Salem

Written by Lisa. Published on Wednesday, 17th June 2015
An afternoon and evening spent in Salem, finding out a bit more about the legendary witch trials that happened there.

We arrived in Salem just after lunch and decided to have a general look around the town before our walking tour that evening. 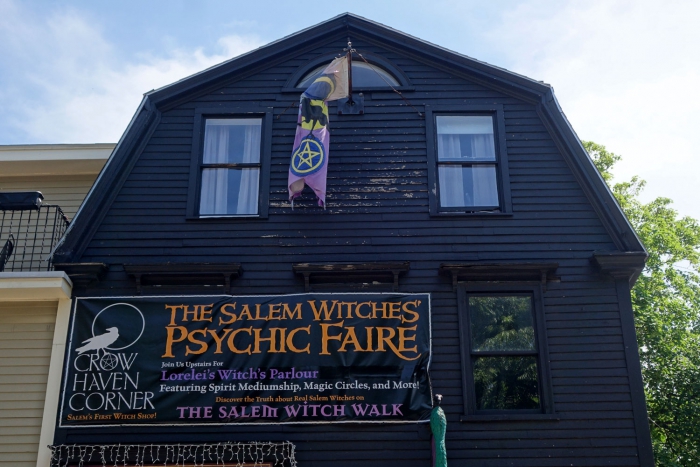 The main streets in the centre have some pretty quirky shops; lots of Wiccan shops and a shed load of palm readers and psychics as well as a fun wand shop - sort an Ollivanders rip off. 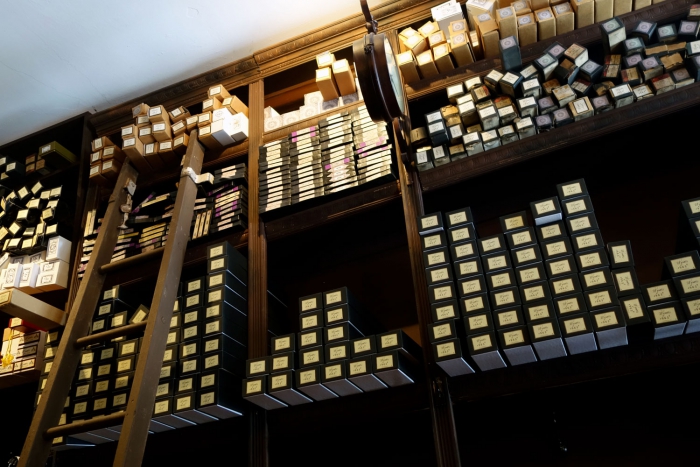 We walked to the Witch Trials memorial and the graveyard next to it but didn't linger long as we knew we would be returning with our guide that evening. 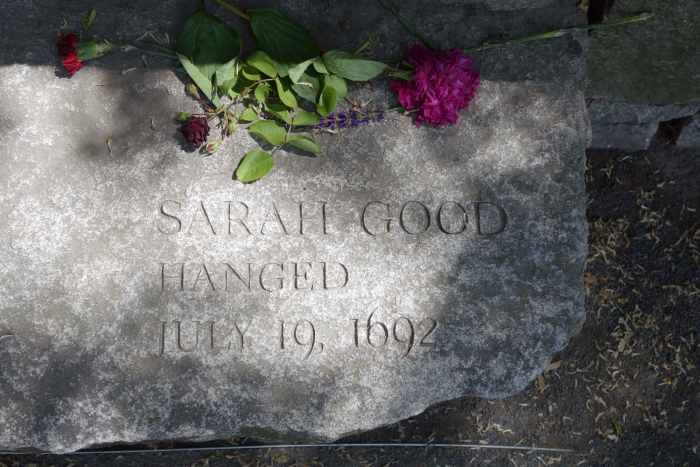 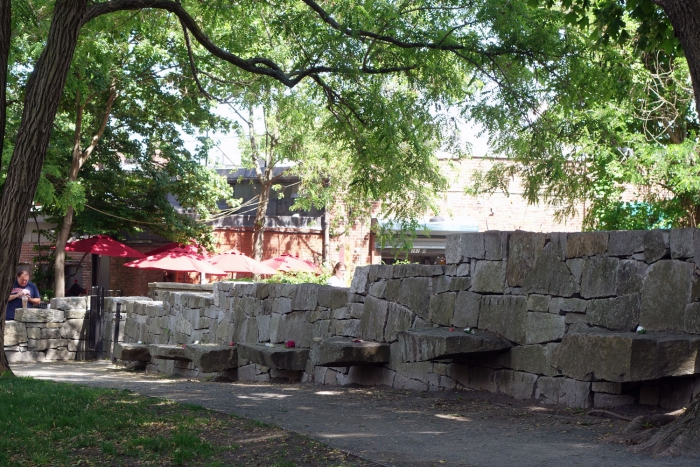 We also decided not to go to any of the museums as again, the information would be given to us in our walking tour. We did however take a look at the creepy statue of Samantha from Bewitched. 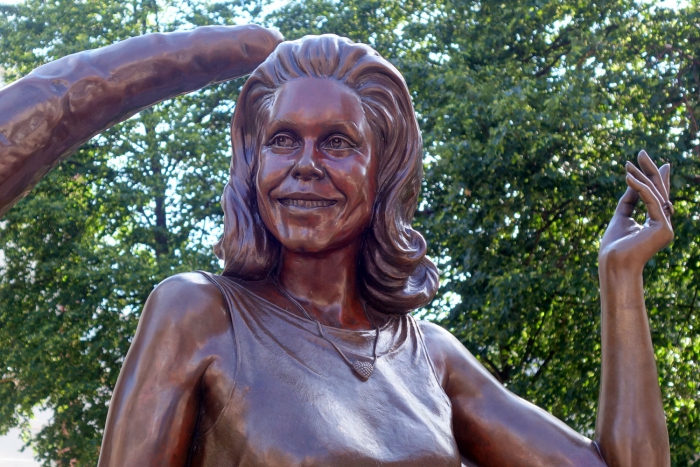 During the afternoon, Alistair also got himself a haircut; we had been trying to find a barbershop for a few days but had been too busy or unsuccessful so when we found one in Salem - he went for it (and it was actually Ok despite everyone else in these getting complete crew cuts)!

For dinner we decided that we wanted to get some Clam Chowder (having enjoyed it in San Francisco) so came across the New England Soup Factory, a sort of fast food soup and chowder place where Alistair got a very yummy chowder and I actually went for a chicken and vegetable soup having not had soup in absolute ages, both served with warm bread. 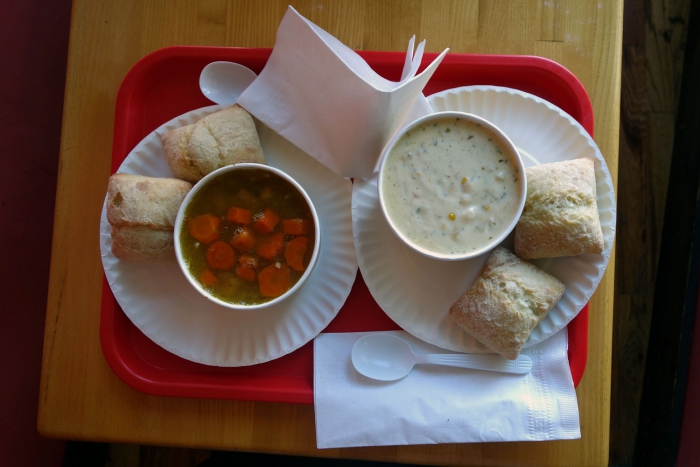 We had a little bit of time to kill before our tour and so headed down to the docks area to see the USS friendship boat that is in Salem. I'm not sure if you can get on it in the day but it was too late when we walked there so we just admired it from the outside (whilst eating some ice cream from a little place just down the road from it). 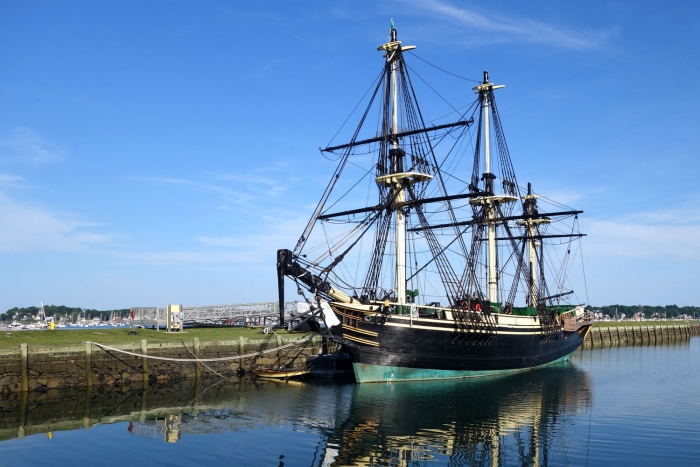 There seem to be loads of tours offered in Salem, ghost tours, Wiccan tours - everything you could want. We chose this one as two of our good friends have done it before and highly recommended it and I must say after doing it, I am in full agreement! It is an historical tour which is just what we wanted. 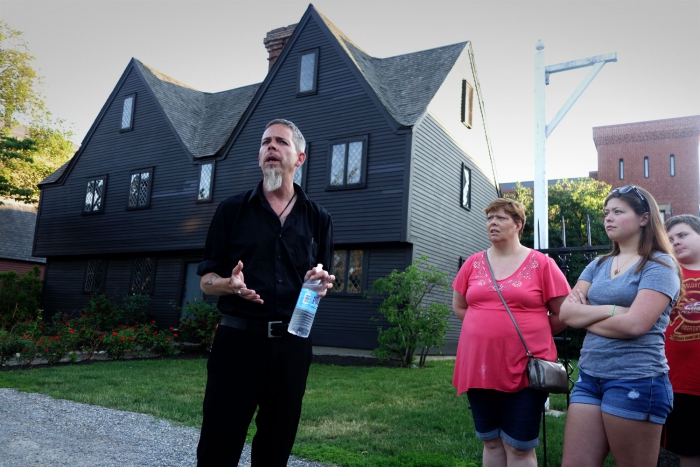 Our guide (Geoff) presented all the facts about the witch trials as well as presenting the theories surrounding it and debunking various myths around the town as well as the ghost stories. 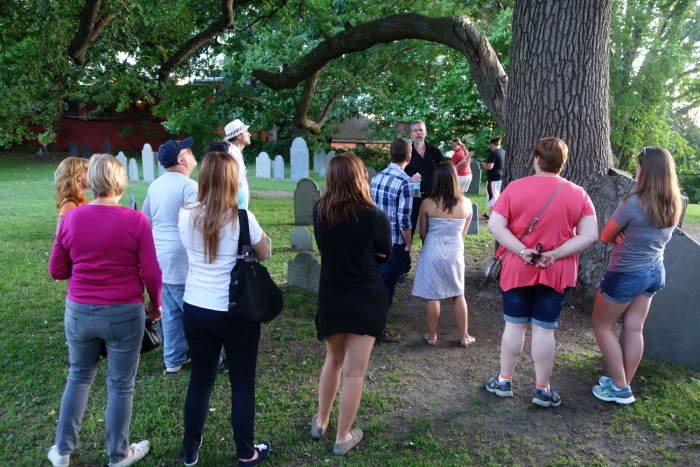 It lasted a little over two hours and you don't walk exceptionally far (Salem is pretty small anyway) and you learn so much about the town and that small period of time that it has become known for. It is well worth the $20 and definitely seemed better than the other tours that were walking around at the same time; a big thumbs up from me! 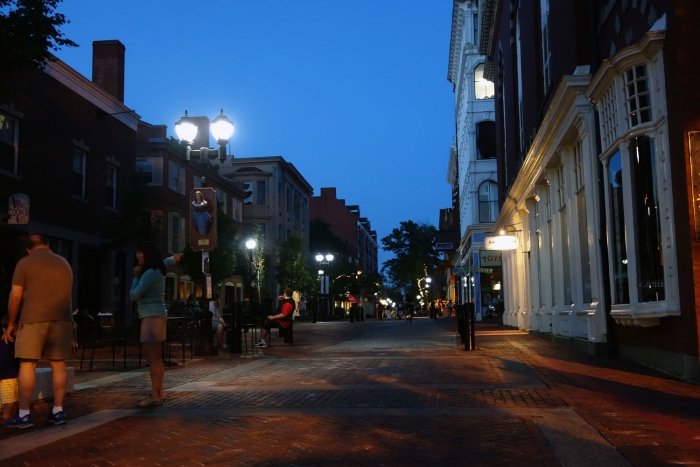