Ben and Jerrys and Maple Syrup in Vermont

Written by Lisa. Published on Friday, 19th June 2015
A detour to check out the Ben and Jerry's factory and get some Vermont maple syrup.

On driving back from Niagara Falls to Boston we were going to be driving really close to Vermont. I decided that it was definitely worth the 3 hour detour to head into the state so that we could visit the Ben and Jerry's factory (anyone who knows us can attest to how much of the stuff we consume at home) and buy some real Vermont maple syrup.

The factory has tours throughout the day and we managed to walk in at 11.25am and get tickets for the 11.30am tour (tickets are $4 each and include a free sample) but I'm not sure how representative that is of a normal day. 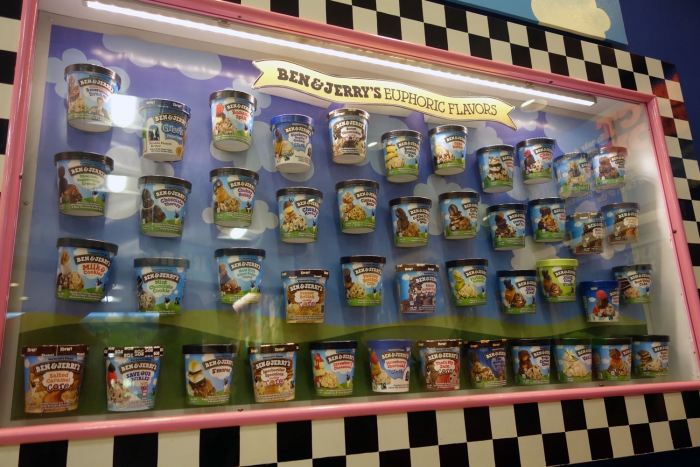 We watched a short video about the history of the ice cream and then were taken to a walkway over the (surprisingly small!) factory floor to learn the process behind the fantastically yummy product. 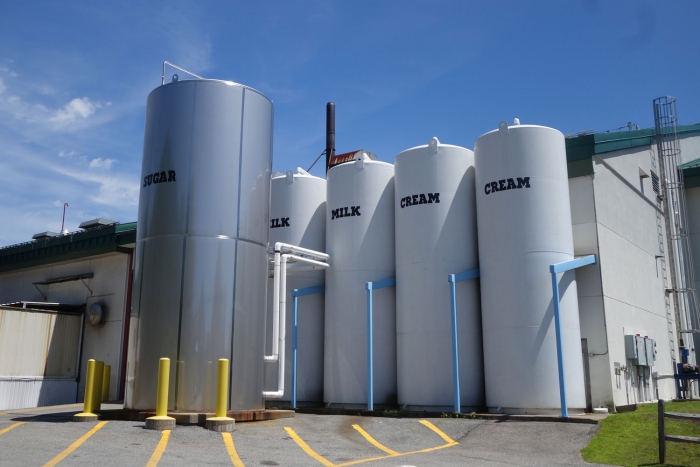 An extra massive tank for the sugar!

Finally we were taken to the sample area where we were given a scoop of a new flavour called 'Wayne's Swirled' which was vanilla and dark caramel ice creams with fudge and caramel swirls - it was immense! We were also able to help ourselves to a few more scoops as I don't think the tour was fully. Best factory tour ever! 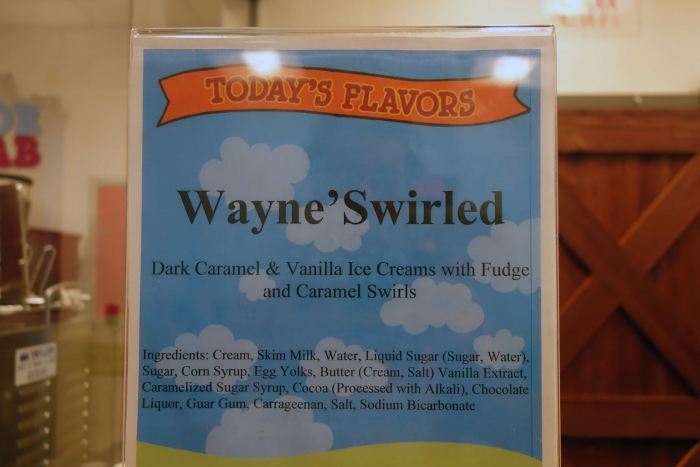 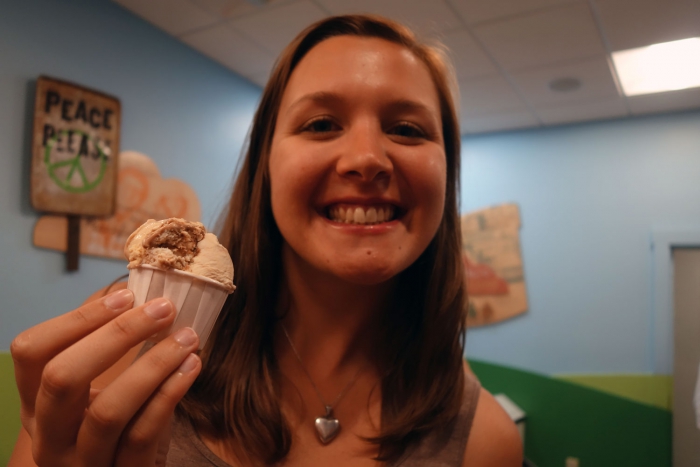 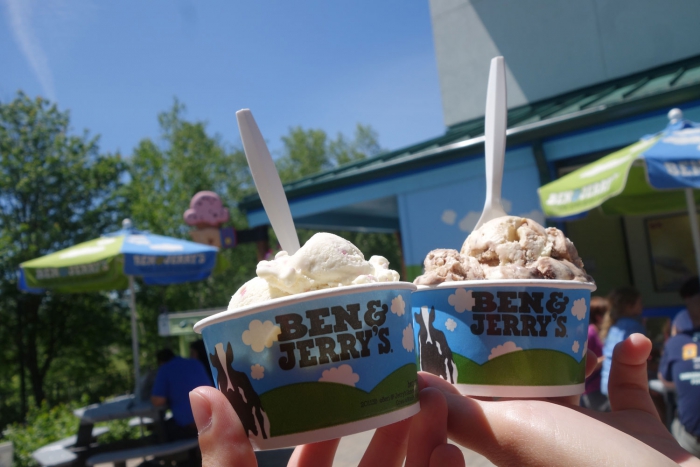 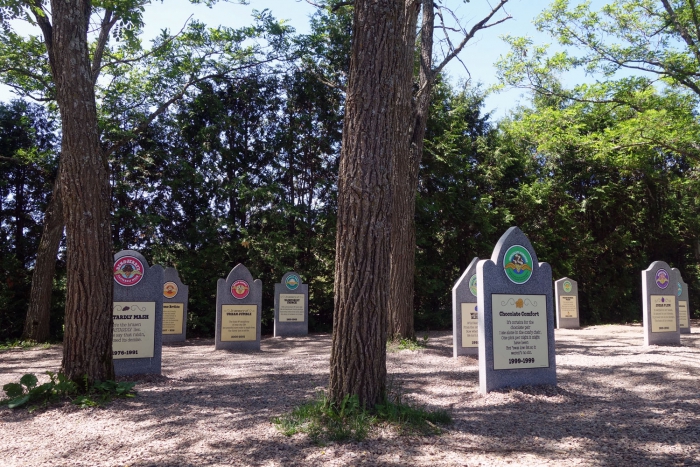 On our way back to the car we even met a couple of the Ben and Jerry's cows, a true celebrity encounter! 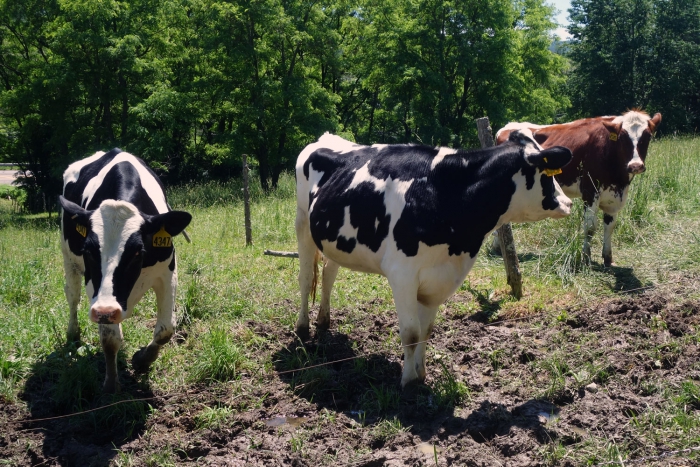 We are definitely not experts in maple syrup but we wanted a small amount to bring home so did a quick google to find a sugarhouse near the factory. We came across Bragg Farm which was relatively nearby and well reviewed on Yelp and so headed there. It really is just a small farm with a gift shop attached. 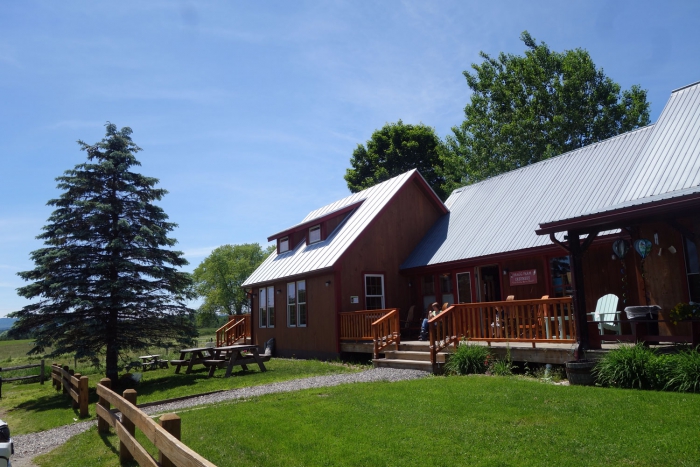 We were able to go into the processing room and watch a short video about how the syrup is made. Then we were able to taste the different grades of syrup (something you should do at every sugarhouse apparently as they can taste very different everywhere you go) and then we settled on a grade to buy and got ourselves a little bottle of it. 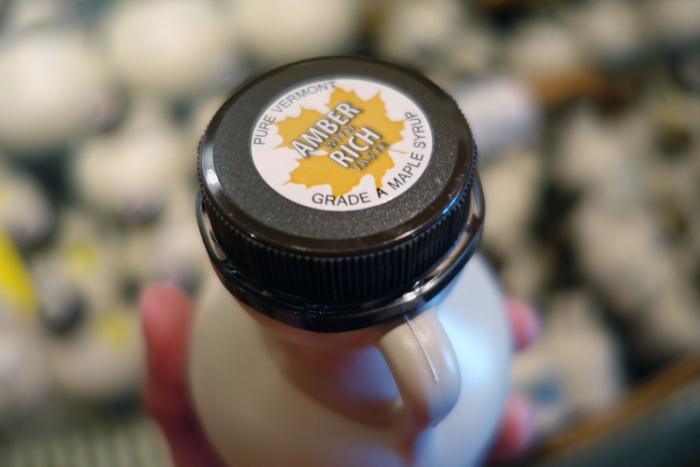 I also couldn't resist buying a few pieces of maple candy; if any of you are Friends fans you may remember the episode where Chandler and Ross go to Vermont and Ross eats waaaaay to much maple candy - I needed to see what all the fuss was about! In truth. I wasn't a fan of the candy, the taste of maple is far too strong for my liking in it but at least I now know.