Getting off the plane in Auckland

Written by Ali. Published on Monday, 29th September 2014
Our first destination on our journey across New Zealand - landing in Auckland and checking out the most populous city in the country.

Hot off the plane from our 27 hour flight from Dublin, when we landed in Auckland we were absolutely shattered. We had known that the flight across from the UK was going to be the longest that we had ever done but we still weren't prepared for just how looooong that was!

We had booked our accommodation in advance (Jucy Hostel) so just had to set about trying to find it. We travelled into the city centre on the Airporter bus which leaves from just outside the airport doors so was nice and easy. The bus travels down Queen street which is in the centre of the city and so is a great starting point for getting to most accommodation. Incidentally the Jucy Hotel was only a short walk from the bus' second last stop.

Unfortunately we crashed when we arrived and spent most of the first afternoon sleeping but woke up with enough time to go and explore the Wynard quarter and the viaduct harbour. These are down by the coast and easily walkable. We got some pretty views of the Sky Tower (apparently the tallest spire in the Southern Hemisphere) and tried to find some food, though we had forgotten that it was Saturday night in the city and so everything was full :( hence we ended up in McDonalds.

Looking back at the city skyline from the Wynard quarter

The next day we just wandered around and explored the city, found a New Zealand SIM card (we went with Spark) and ummed and ahhed about whether to go up the Sky Tower. I have a terrible fear of heights and get bad vertigo so we were trying to work out if it was worth the $48 each for me to have a pretty bad time but Alistair to get some good photos...in the end we decided against it! 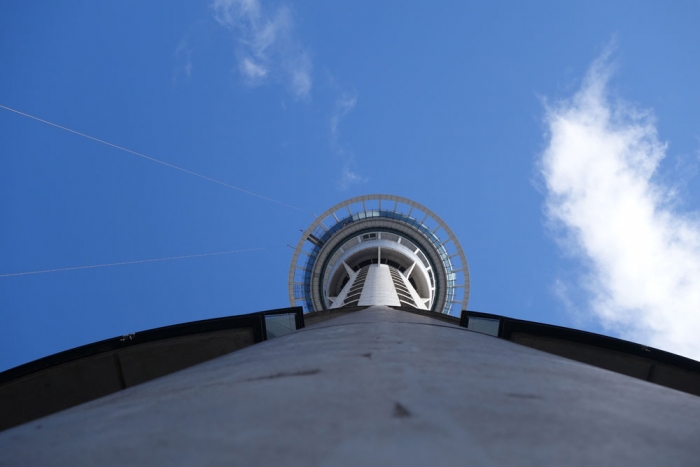 We woke up early the next morning to pick up our Spaceship's van and set off exploring 'proper' New Zealand. 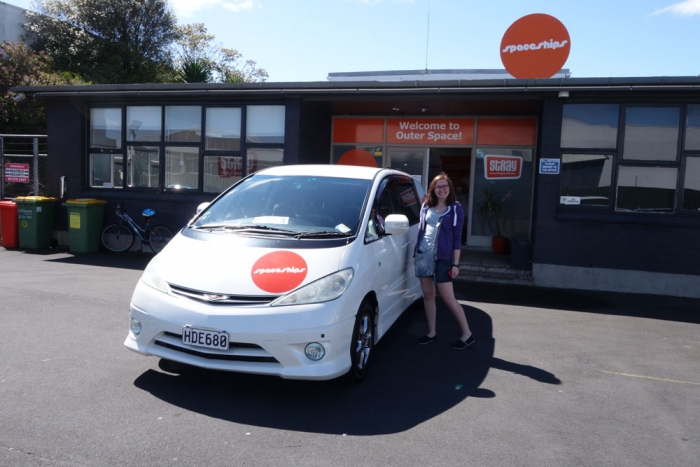 Next › The Coromandel peninsula, hot water beach and cathedral cove 01/10/2014