See Sydney in one non-intense day

We landed in Sydney on Sunday evening pre-'fed and watered' on the plane which left little more for us to to than have a wander around the streets near our cheap and cheerful, very-backpackery hostel; 790 on George. George street was surprisingly buzzing and the weather was that perfect walking temperature so it was lovely to just walk around and soak up some atmosphere before we headed to bed, ready for the proper explore the following day. 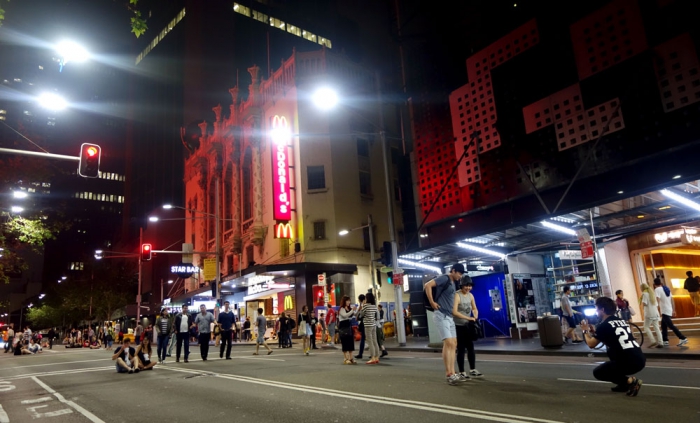 Our very non-intense guide to seeing Sydney in one day

This may not be the most complete tour but it was a great way for us to get a feel for the lovely city of Sydney! There is plenty of downtime so there is space to add your own variation like a cruise out from Circular Quay or possibly replacing walking around the shops with a bus tour - go wild!

We were based very close to Central Station so we'll start there!

It's really easy to get to Bondi Beach from Central Station in Sydney - from the ticket kiosk in the station you can get a (return) joint bus and rail ticket straight to the beach for ($6.10AUD per person each way at time of writing) - a quick train journey to Bondi Junction followed by getting a bus (Number 380) from that station will get you will get you straight to the beach. Walk down to the soft sand, whip out a book and enjoy some relaxation for a few hours. We'd stopped off at a Cole's before hand and grabbed some lunch so were able to sit and eat that but there were some eateries around the beach if you feel that way inclined. 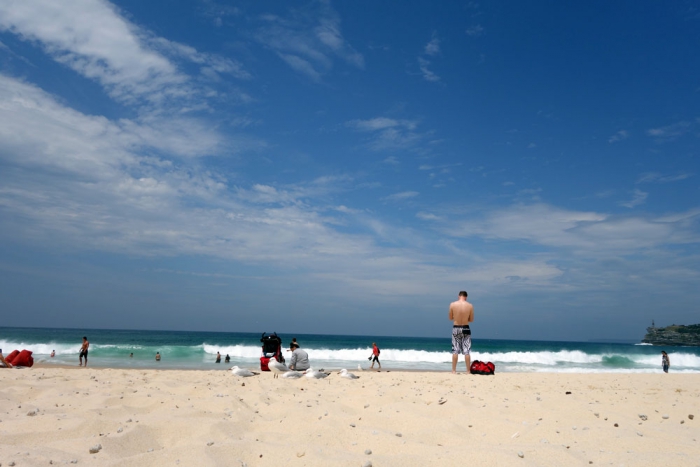 Oh - sun tan lotion up or you may end up paying for your relaxation later! (I made the mistake of putting on sun tan lotion before I took off my shoes so fairly cooked the top of my feet!)

Next: A meander through the city

Once you are sufficiently chilled, reverse the bus/train journey back into town then, from Central Station begin a meander up through the city to the north coast (we aimed to get back around 3pm). We headed straight north from the station to check out Hyde Park, then cut left at the top of the park to look at some of the shops around Pitt Street - there was a nice pedestrianised street of shops and malls there, in one of which (Westfield) we grabbed a $10AUD pre-paid sim card for local calls. If you continue northwards up Pitt Street or any of its parallel peers (George Street, Elizabeth Street etc) you'll eventually bump into the north coast, at Circular Quay which is a really nice (albeit touristy) part of the city.

Circular Quay and the Opera House

When you hit Circular Quay head east (to the right), walking past all the tour boats and curving round the coast until you meet the Opera House - it's a pretty good stop for a rest on the steps tourist-watching and there are also toilets in the foyer if you need them.

You probably want a more traditional shot of the Opera House so let's attempt to get you that - unfortunately later in the day the sun is dropping to the west so will be starting to back-light the Opera House and bridge which means your shot may not be as good as one in the morning. From the Opera House, keep following the coast east, curving down through the Botanical Gardens and around 'Farm Cove' to the point you'll see across the water from the Opera House (Macquarie's Point). It's certainly a very touristy spot but good to get you that iconic shot! 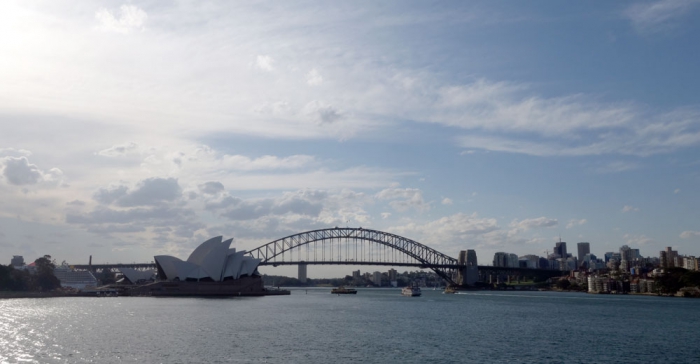 You are probably hungry at this point - if not, why not go for a longer wander through the Botanical Gardens to build up your appetite - so head back to Circular Quay and try out one of the eateries there - we grabbed a takeout because I wanted to try a 'Hungry Jacks' then sat on the quay, watching the tour boats (and, when we were there, a large cruise ship) backing in and out. Maybe keep an eye out for the gulls - once they'd spotted us with food they get a bit aggressive to the point that one of them actually swooped in and knocked a 3/4-eaten burger out of my hand (if we hadn't bought four, I'd still be raging about that...). 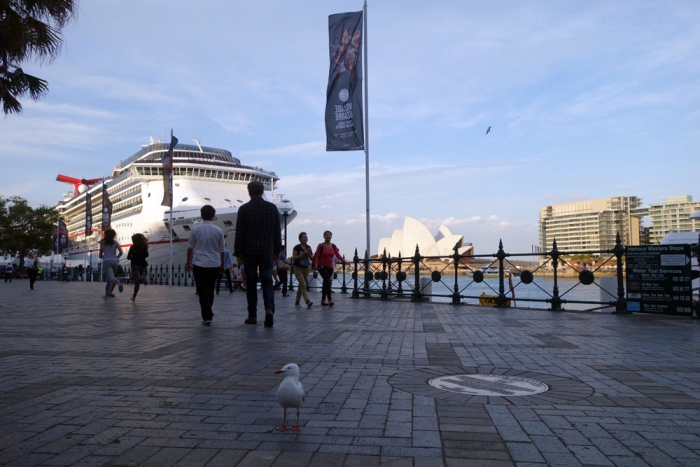 Content after that, we grabbed a gelato from one of the stalls on the quay and started the walk south back to our hostel. If you are feeling more energetic and adventurous - there are tonnes of bars and pubs on the way back which I'm sure are worth exploring!

We got to the Spaceships depot a few hours earlier than they were expecting us so had some time to kill while they sorted out our car so we headed to a coffee shop they recommended around the corner - Single Origin (which is where I'm currently writing this post) - I'm a bit of a philistine in the area but it was the best coffee I've ever had - a black blend of filter coffee - El Conquistador (or something like that!). Very unlikely you are in the area unless you guys are picking up from Spaceships but why not try it if you get the chance. Lisa had a 'Not-so-hot Chocolate' which tasted pretty good too if you are looking for something a bit more chilled. 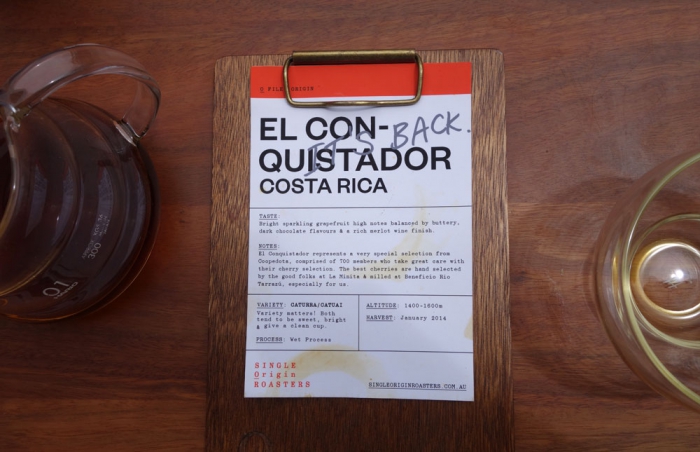