Written by Ali. Published on Sunday, 2nd November 2014
Spending a couple of days relaxing and soaking in the backpacker scenes of Byron Bay.

Byron Bay is an... interesting... place. It made me at 25 feel old which I didn't appreciate (as old people don't) so I'm going to get my age-earned grumpiness out of the way. Be prepared - I may be about to alienate all 3 of our readers who aren't friends and family.

As we passed the 3rd pack of 20-somethings with dreadlocks making a drum circle on the street I realised that Byron Bay is definitely a 'backpacker' town. I'm not sure if it was the first time that we had just come into contact with hardcore backpackers or if I'd just missed the signs elsewhere on our travels but I now know we may not be able to refer to ourselves as backpackers any more, despite the occasional bruised shoulders.

Going to Byron Bay is totally worth the trip simply to experience the culture of the place. We stayed at The Arts Factory backpacker hostel, renting a parking space outside which we got quite cheaply from an arrangement Spaceships (our camper provider) has with the hostel. Staying there was really an experience in itself; the complex is surprisingly large with everything from a pool to a bar and cinema, with free yoga lessons and other activities like dance lessons and didgerridoo making. It also gives you an up-close view of the backpacker in their natural habitat. For me it was the closest I'd felt to those first few weeks at university in shared accommodation - lots of post-secondary guys and girls either planning, recovering from or consuming what can only be described as toxic amounts of alcohol. 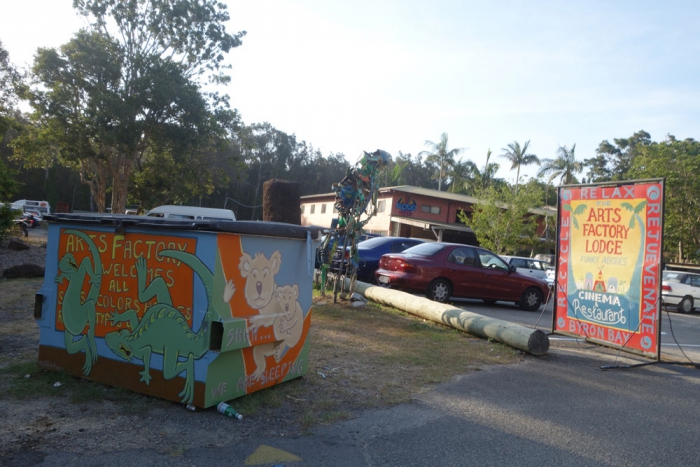 The first night we were at the hostel coincided with Halloween night and there was much planning for a Halloween party on the beach. Wanting to get a taste of the action we headed into town, watching the buzz on the streets while munching on lovely cheap Dominos pizza (people in the UK - it will blow your mind that you can buy Dominos pizzas for GBP£2.50 each here). 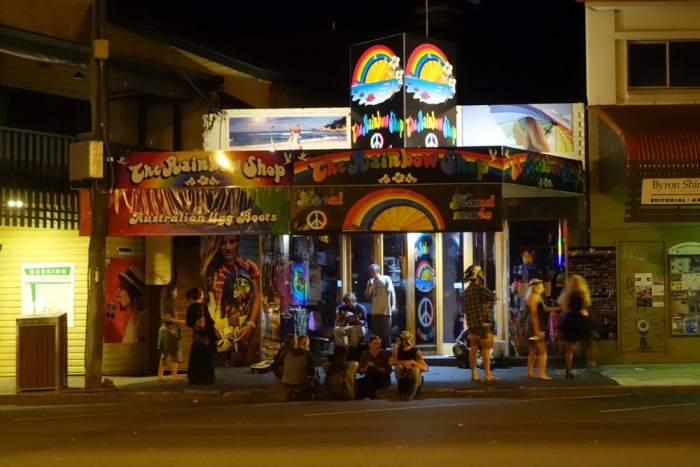 As camping people used to going to bed pretty much when our lights (ie the Sun) went out (8:30pm), the 11pm meet was a daunting goal. The previous night we had had a run-in with a huntsman spider in the van which had meant some of us had spent a night warding off hoards of imaginary spiders instead of sleeping. By 10 I was dragging a zombie-like Lisa around behind me and by 11, when we realised how far the beach was away and I was given the option of heading home or carrying Lisa several miles, we decided to call defeat and leave the young party people to their party while us old people went home to nap.

When we were not being uncool, the majority of our time at Byron Bay was spent on the glorious beach there. The first day we walked to the right, towards a small island you could climb up and look back along the coast, but after that the rest was just lying reading on the beach. 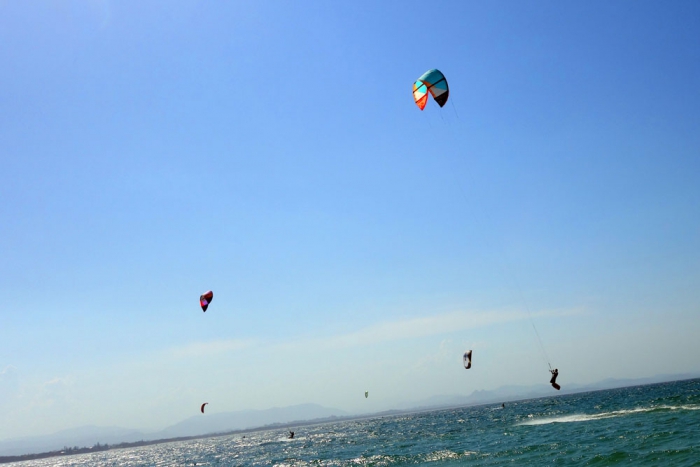 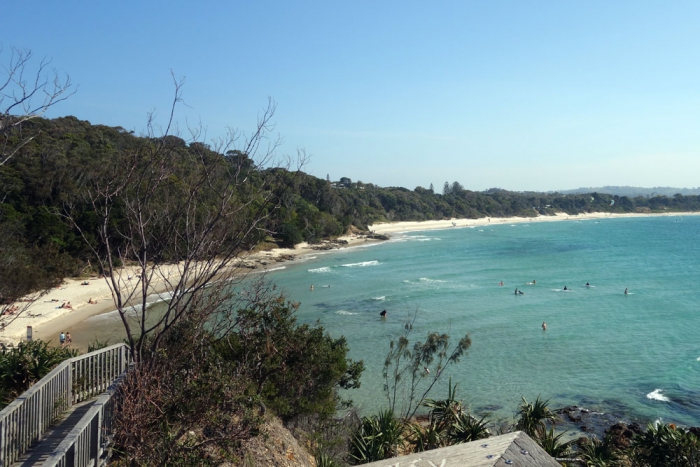 There was plenty of activity around us too if we wanted a break from reading, from watching the kite surfers to a full blown wedding ceremony being held on the beach beside us. 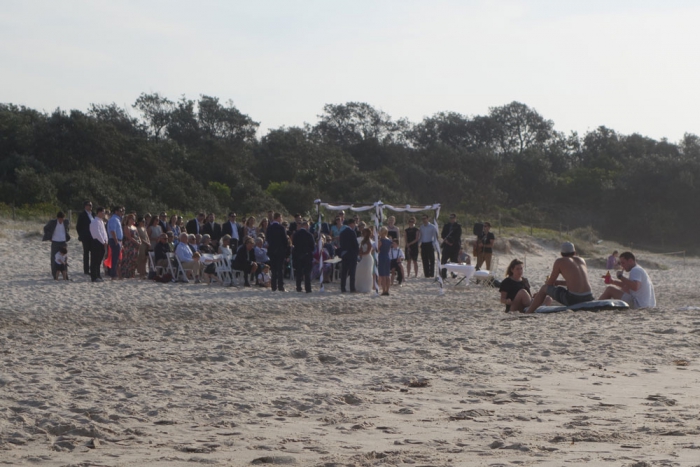 All-in-all a great beach break for us, no matter how much it underlined our uncoolness!!