Written by Lisa. Published on Thursday, 18th December 2014
A change of plans due to illness meant that we spent an extra few days in Kuala Lumpar being lazy and trying to get better.

Our arrival into Kuala Lumpar was around the time that I was feeling rather ill (we think it was probably food poisoning from Gili Air) meant that we ended up having to change our plans a little given that I had very little energy to do anything at all.

We were supposed to head to Penang the day after landing and stay there for 2 nights, then go to the Cameron Highlands for 2 nights and then finally arrive back into KL where we would meet up with one of our best friends from home and her family. In the end we decided to skip Penang and stay in KL for a couple more nights and let me recuperate so that we could do everything else properly!

Getting from the airport

We didn't quite know what to expect when we arrived in Malaysia; Would it be like Indonesia or would it have a more western feel about it? We were still not prepared when we caught sight of KL airport for the first time however - it was huge, clean and efficient (probably better than a lot of UK airports that I have flown into). We made it into arrivals super easily and were astounded by the number of shops and food outlets! We found a drink, changed some money and withdrew cash from an ATM and then headed for the buses.

Here we had another pleasant surprise - there was a counter specifically for buses and there was a computer screen in front of it where you clicked through all the options of where you want to go, how many people etc (in the language of your choice) and then you simply pay the lady behind the counter and get your ticket. It was all so easy and straightforward, no bargaining or feeling like you were getting ripped off! We knew at that point that we were going to like Malaysia. 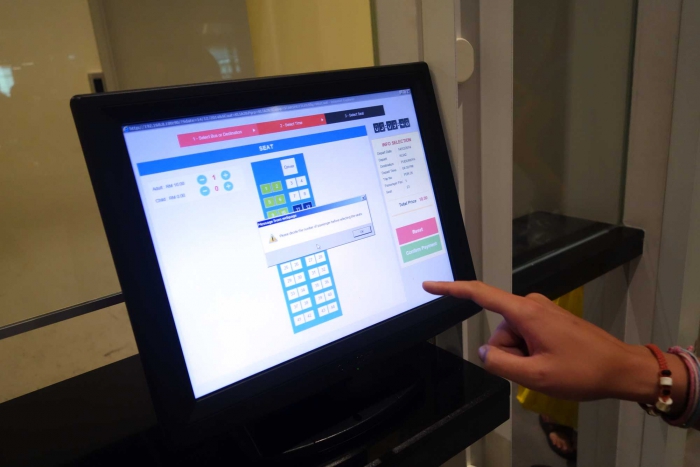 There is the option of getting a train from the airport into the city but it was a lot more expensive than the bus which was 10MYR each at the time. The bus took around 90 minutes and dropped us in Chinatown, very near Pudu Sentral bus station. It was comfortable and clean and we were happy to have picked this option!

The next few days

Essentially the next few days were spent recuperating and trying to build up my appetite again - I had barely eaten a thing for about 5 or 6 days! We were based on the outskirts of Chinatown and were about 15 minutes walk from the nearest mall - Berjaya Times Square (this is the one which has a theme park and roller coaster inside it!) 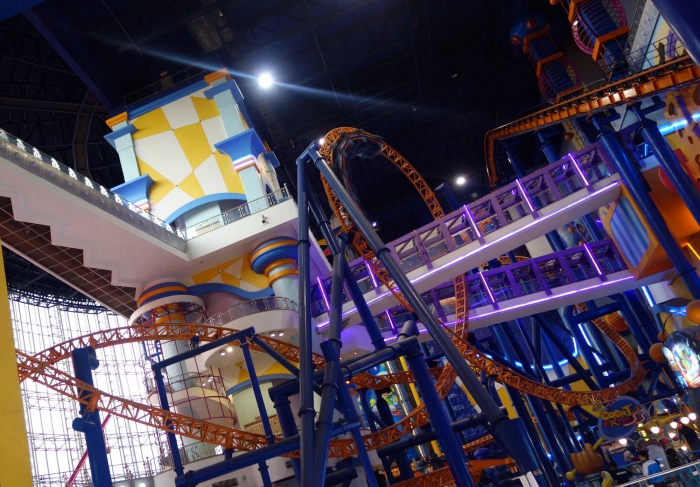 We tended to go there to find food, starting with plain western meals and getting a little more adventurous! I was incredibly excited to learn that Krispy Kreme doughnuts (which are one of my favourite luxury snacks back in the UK) were actually about 50p to buy in Malaysia (which is the first time I have ever seen them priced cheaper than the UK and believe me, I check in every country we visit!).

We also rediscovered our love for Asian cinemas; they are soooo much cheaper than the UK, usually release the films earlier and are more comfortable!

Thankfully by the end of those days I was feeling better and ready to head to the Cameron Highlands and do some proper tourist sightseeing again.