Written by Lisa. Published on Saturday, 23rd May 2015
Stopping off in Death Valley for one day on our way from Yosemite to Las Vegas.

On our way to Las Vegas from Yosemite we wanted to drive through Death Valley to check out 'desert' scenery for the first time, stand at the lowest point in the Western Hemisphere and experience some of the heat that allowed Death Valley to claim the highest temperature ever recorded.

With all of the above on offer, Death Valley had a lot to live up to and I reckon it delivered on almost everything promised! 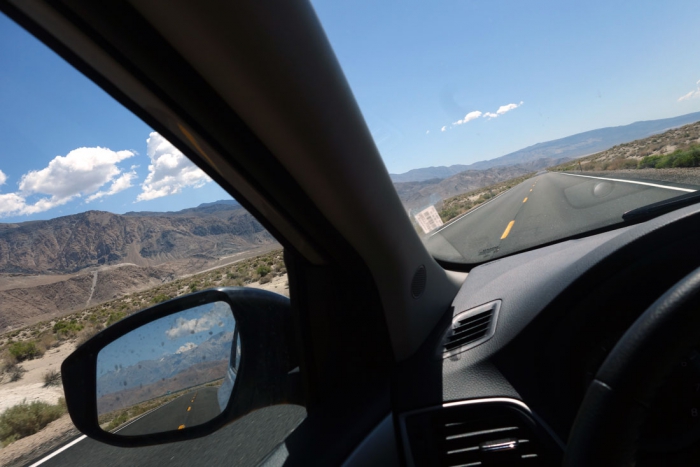 At points you could see the road straight for miles in front and behind us, without another car in sight

Driving towards the national park you can start to notice the greenery disappearing, the landscape becoming more sandy and the need to keep cranking up the AC more often. 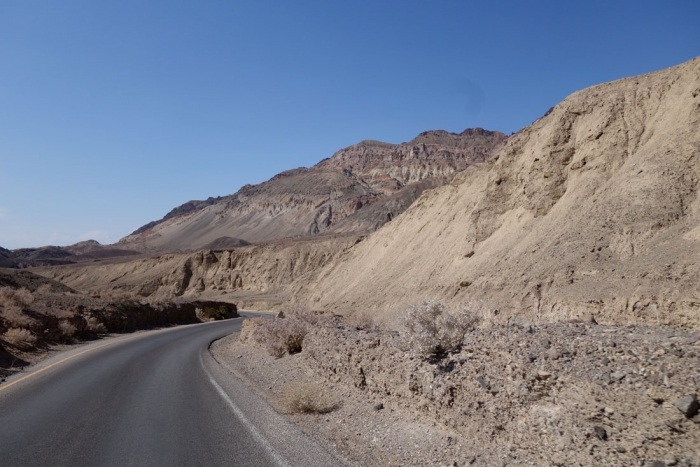 We decided to drive to the furthest point that we wanted to visit and work our way backwards. This meant that we started at Badwater salt flats.

This is apparently the lowest point in the Western Hemisphere! The salt flats themselves aren't quite as impressive as the ones in Bolivia. You can definitely appreciate that there is salt there and it is a very flat area but most of it is rock salt and so not pretty and reflective like its South American cousin. 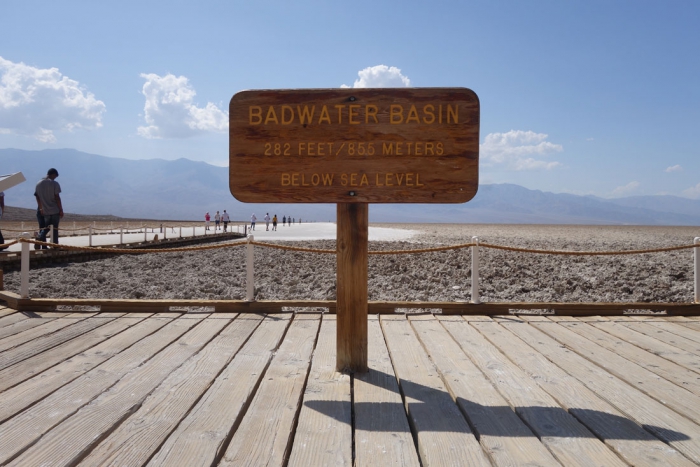 People do mostly tend to visit here due to the elevation more than anything and I thought it was pretty cool to be able to stand at 282 feet below sea level.

This viewpoint is down a reasonably long gravel road. Obviously we were very responsible and didn't drive our rental car down it so we asked a....friend to take the picture below. 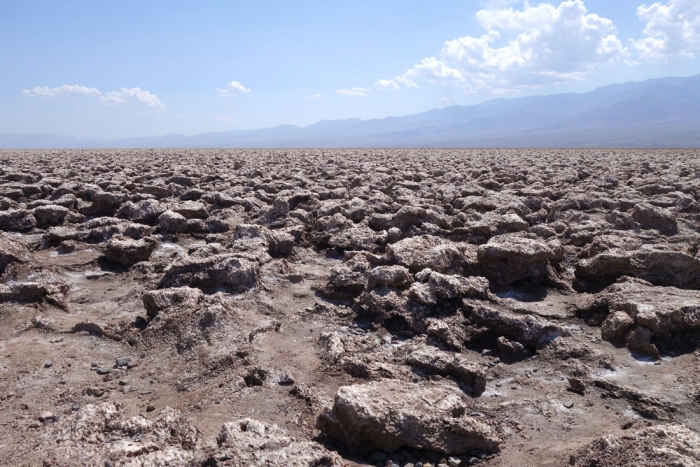 It's a bit random and not quite what we were expecting from the name but the formations are due to rock salt and are a lot bigger up close than they appear from a distance.

After leaving Devil's Golf Course we took a detour around Artist's Drive. This is a one way road which winds up into the hills and gives you some spectacular views of the dynamic colours of the rocks up close. 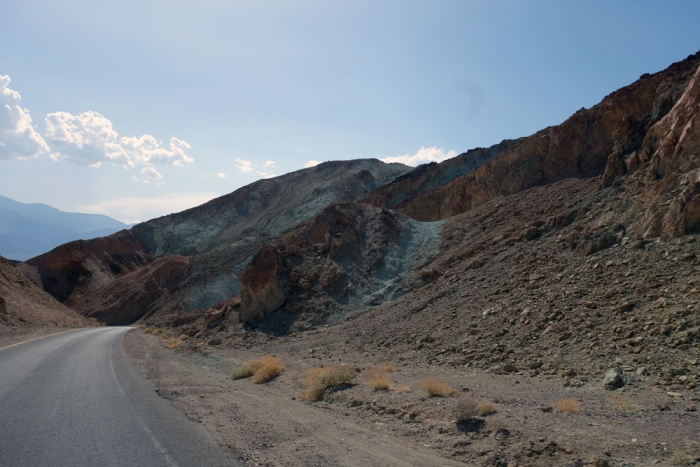 It was worth the extra couple of miles in my opinion!

It was a bit of a novelty for us to see sand dunes rising up in the middle of nowhere so we had to stop to get a closer look at them. 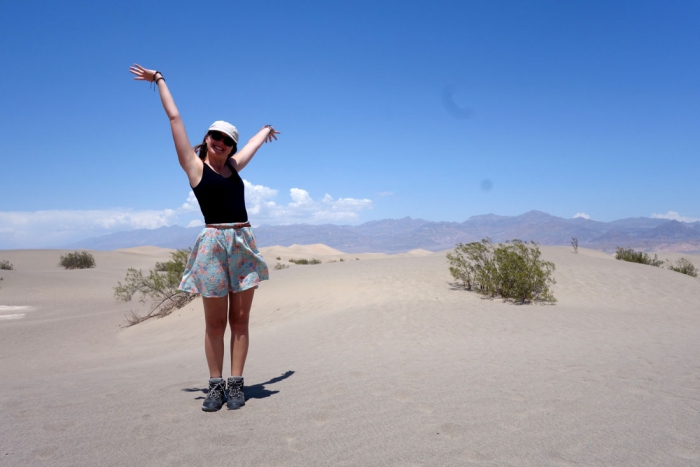 Unfortunately we arrived at midday and so the sun was baking down making us a little hesitant to walk off into the middle of the desert. This meant we only walked part of the way towards them but still over a lot of sandy hills and barren looking landscape; we almost expected to see a scorpion or rattlesnake wandering around it was such a typical looking scene.

Our final stop was Zabriskie Point, a viewpoint overlooking some crazy rock formations that I almost felt seemed like a giant sleeping under a big duvet or something similar. The peaks are all rounded and smooth which is again a landscape that we are completely not used to seeing which makes it all the better! 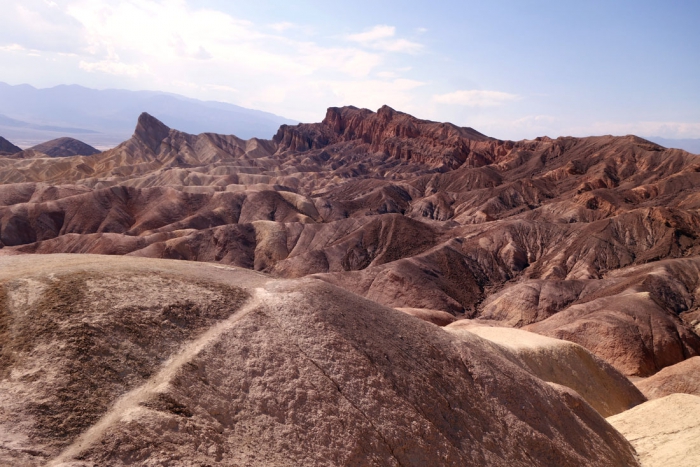 We didn't quite experience the hottest temperatures recorded on earth but we did get up to 101 Fahrenheit which was pretty darn warm when you got out of the car. There were even several times on the road that you were told to turn off your AC to avoid overheating and at these times even opening the windows didn't make any difference; you just had hot air blowing around the car instead. 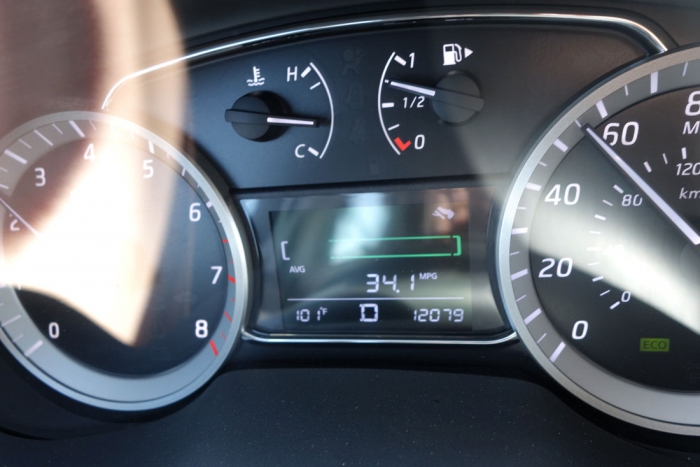 I would advise trying to get to the park really early in the morning before it heats up so that if you want to do a hike you aren't restricted by the sun and heat, I think if we went back again that is the one change we would make.