Driving Tioga Road out of Yosemite

Written by Lisa. Published on Friday, 22nd May 2015
A quick post about the very beautiful and diverse drive out of Yosemite on Tioga road.

A couple of days before hitting Yosemite we realised that the big road that cuts across the park and our planned route out west towards Death Valley was still shut! Luckily it's planned opening date was the morning we were due to move on from Yosemite (4th May) so we had everything crossed that it would still open on time.

Thankfully it did and so we set off as some of the first people driving on this road since its closure in November. 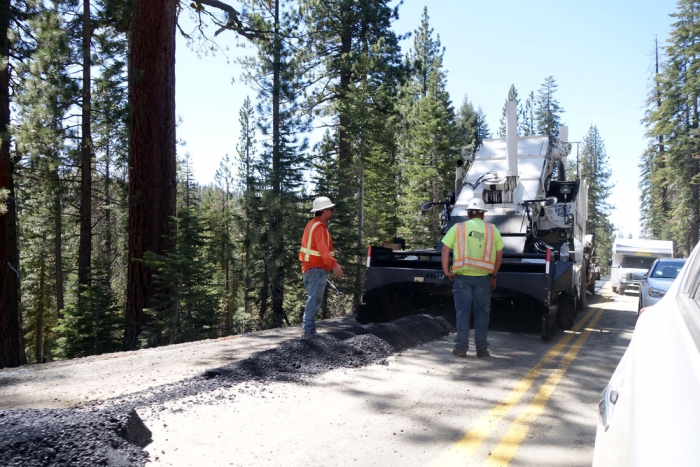 Given that the road is normally shut for 6 months of the year we didn't have high hopes for its quality but were pleasantly surprised. Apart from a few very small areas, the road is well maintained and you can tell that they work to keep it that way. We were held up for about 20 minutes at one big patch of roadworks but we were warned that because this was the opening day this was to be expected. 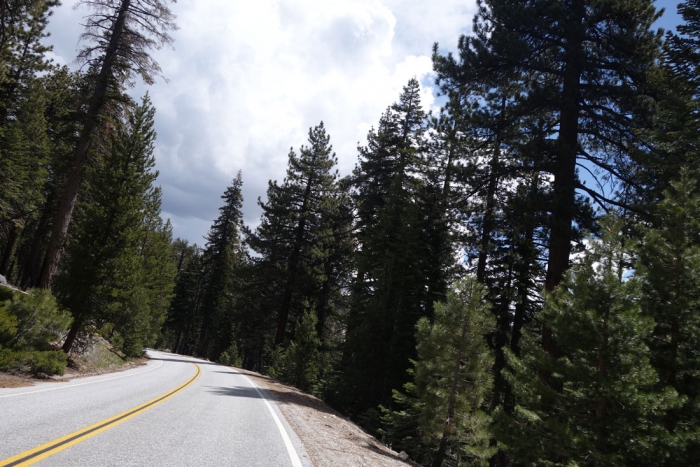 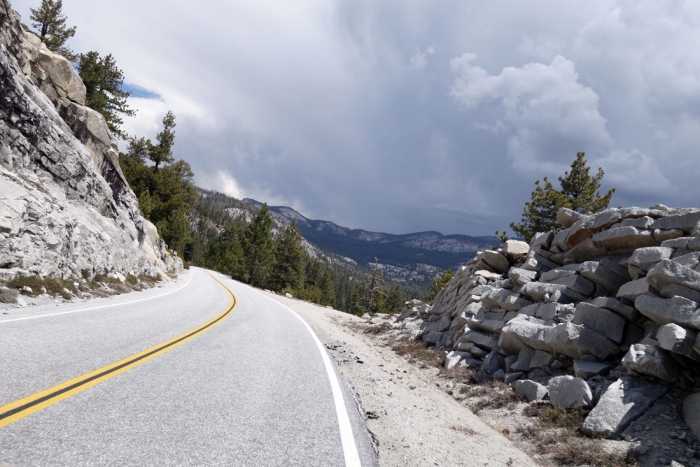 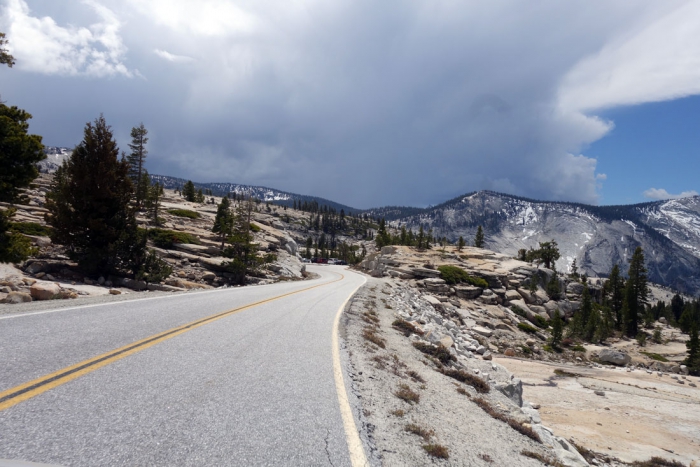 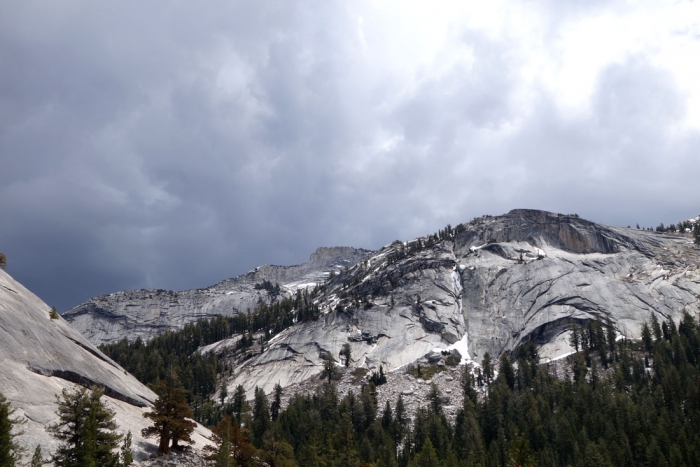 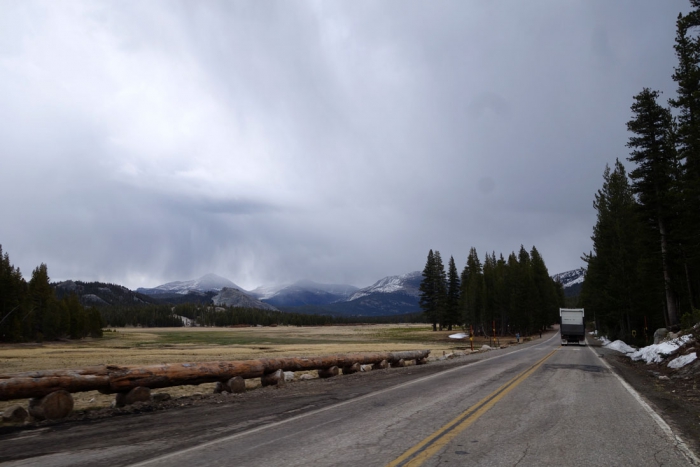 It is a winding, smooth road that works its way slowly upwards so that you get some fantastic views all the way along. At the higher elevations there was still snow on the sides of the road (we were a little incredulous up to that point about why on earth the road was closed until May!) 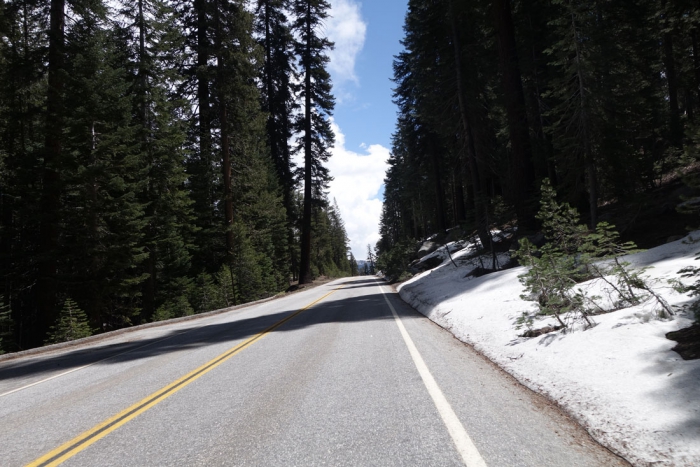 Snow on the side of the road

On our way out of the park we did hit some surprisingly bad weather; heavy rain, sleet and low visibility from fog. 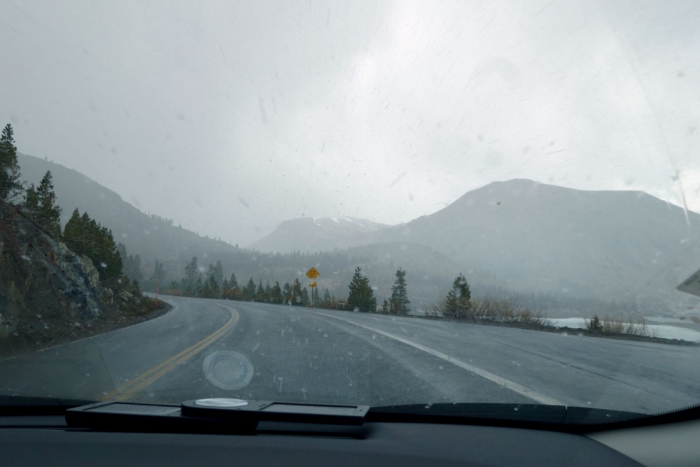 This quickly passed though and we were again granted some beautiful but different views from the landscape in the park itself as we made a rapid descent down a sweeping road worthy of Top Gear.