On researching Texas, I came across a lot of descriptions of the mysterious lights that appear in an area outside of Marfa and figured since it was en route we could spare a night to go the viewing area and try to catch a glimpse of them.

There is a very nice viewing centre about 7 miles outside of Marfa itself with restrooms, seats and low level red lighting. 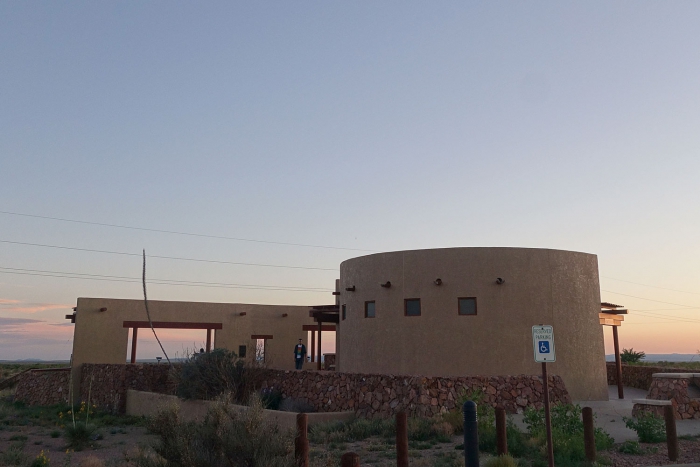 We arrived just before sunset (which was actually stunning on its own) and picked a bench to wait out the lights. Our reading had led us to believe that there was a relatively low chance of seeing them so we were pretty pessimistic. Was had also learned that the area to focus on is to the right of the flashing red radio tower so that's where we started looking. 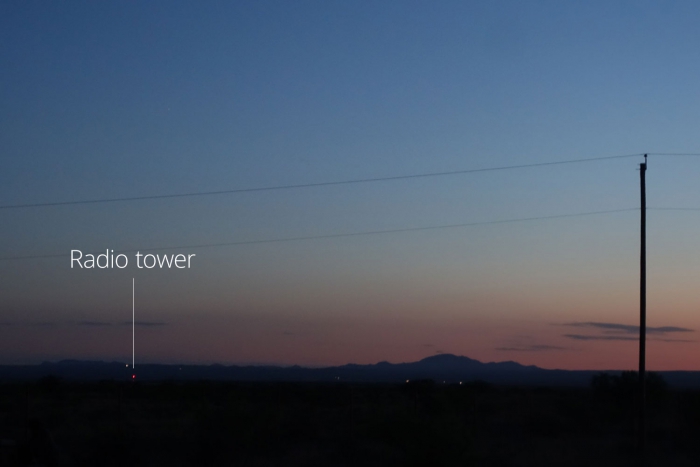 Quite quickly we noticed flickering lights in the distance but weren't quite sure if this was what we were actually looking for. Slowly everyone else at the viewing centre started concentrating their attentions in that direction too and we came to the conclusion that yes we were in fact seeing the famous lights.

We perched beside one of the mounted binoculars and took turns looking at the lights. They seemed to be mostly yellow but occasionally you could see faint red lights. Every so often it looked as though one was burning and it would get brighter and brighter until fading out. 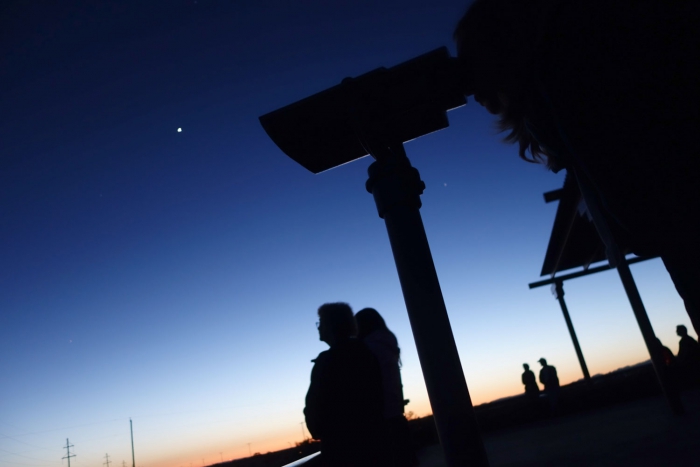 Once darkness fully settled you could see them more clearly with the naked eye and more and more people filed onto the viewing platform.

A bit of a longer exposure shot

After an hour or so we decided it was time to head back to our campsite (a quirky place called El Cosmico where you can also rent teepees and permanent tents).

Our research the next day tells us that the main theory of the lights is that they are a form of mirage; Headlights from cars miles away are being reflected due to density changes in the air. Some people also believe that there are the above lights which show up almost every night and then the 'true' Marfa lights which are more rare and caused by bubbles of gas from a fault line in the area igniting and burning out.