Heading into the deep at Carlsbad Caverns

Written by Lisa. Published on Thursday, 4th June 2015
Another of the spectacular national parks that New Mexico has to offer.

We came across this place in a very similar way to White Sands National Park in that it was in all of the tourist guides but we had never heard of it before.

It was on our way to Texas so we thought, 'why not?' and decided to take the trip underground!

Luckily, we got in for free with our parks pass and chose to take the elevator down to their main attraction: the Big Room. You can also enter through the steep Natural Entrance which adds about an hour to your walk and there is also a ranger guided walk every day of another part that you cannot enter alone but it seems very popular and sells out quite fast! We didn't have time to spend though so cheated by opting for the elevator route instead,

Although we have caves at home in Northern Ireland (Marble Arch), I haven't actually ever been down them so I wasn't quite sure what to expect. After being given some do's and don'ts by a ranger (do stay on the path, don't touch the rock etc) we hopped on the elevator down.

We descended to 750 feet below ground which the elevator happily informed us of and started the loop trail of the Big Room. The formations really are spectacular and the sheer size of the cavern is unbelievable. 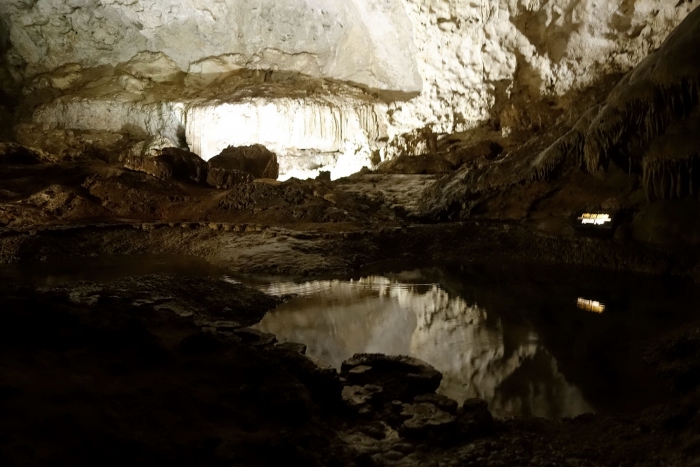 The loop takes about 45 mins to an hour depending on how many photos you take or if you are listening to one of the audio tour machines. 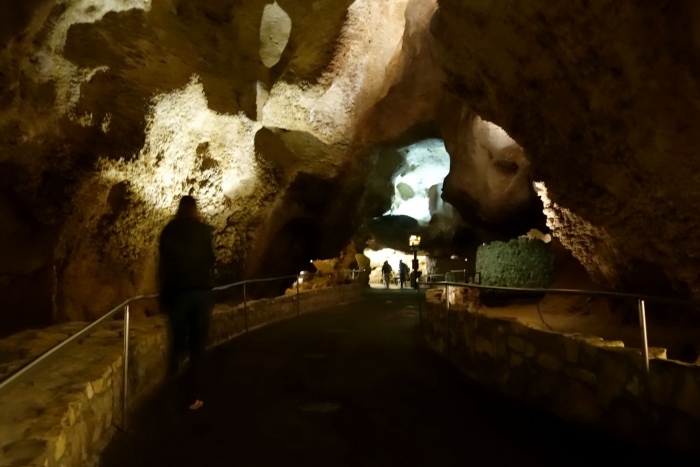 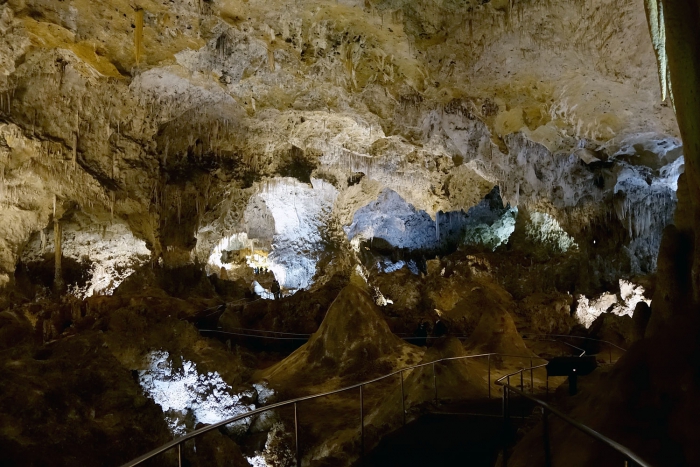 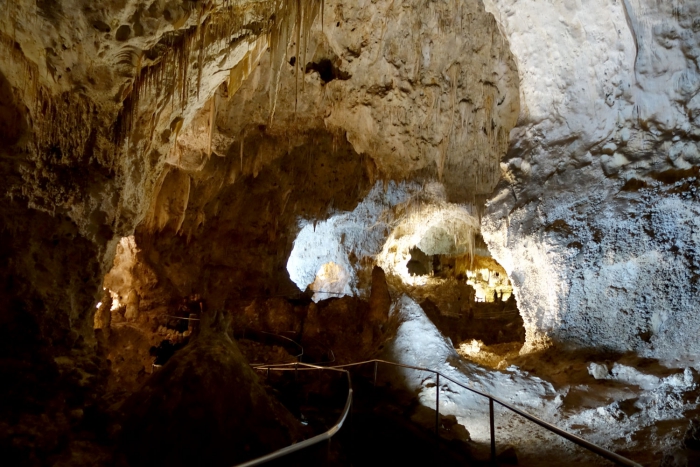 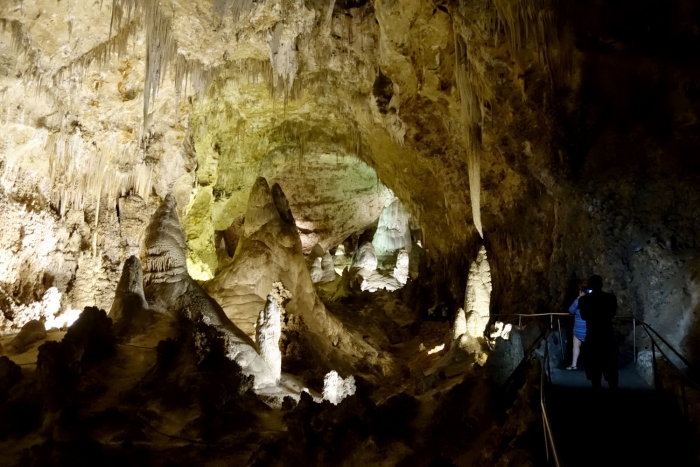 It's a relatively quick stop off to see a very different kind of national park to the ones on the road so far and anyone in New Mexico should try to make it down to Carlsbad for that reason!