Written by Lisa. Published on Monday, 15th June 2015
A couple of days in New York City, revisiting some places we have been before and trying to see some new sights.

The last time we were in New York it was almost two years ago for our honeymoon and Alistair has also previously visited with friends so this is a city in the U.S. that we have a certain degree of familiarity with.

We couldn't not include it in a trip across the U.S. despite our previous visits and so decided to stay for three nights and see what we could fit in.

Shakespeare in the Park

One thing that we both really wanted to do this time was see Shakespeare in the Park- something neither of us had been able to do during our other times in New York. It's a free event that runs for several months during the summertime in Central Park and usually has a celebrity in the company (people like David Tennant and Anne Hathaway have been involved previously. This year was Sam Waterston And Mitch from Modern Family).

There are several ways to get tickets, you can make a very generous donation of a could hundred dollars, try your luck with the online lottery or queue up on the morning of at the box office. We went with the third option as we wanted to spend some time in Central Park anyway. Despite reports online of people camping out the night before to get tickets we arrived around 9.45am and the tickets start being given out at 12pm. We were pretty near the front but I think this had something to do with it being a Monday (a less popular day as people assume this production isn't running in a similar way to Broadway) and the weather being a bit miserable (we had a couple of bouts of rain). 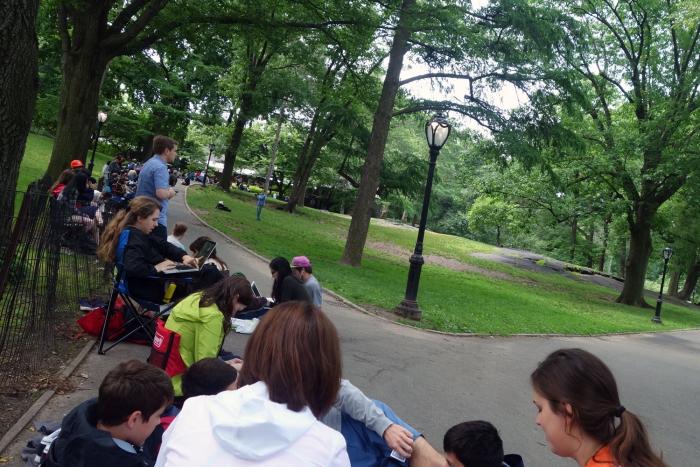 When 12pm came we happily picked up our tickets (and they seemed to have a pretty big pile left) and headed off to explore. 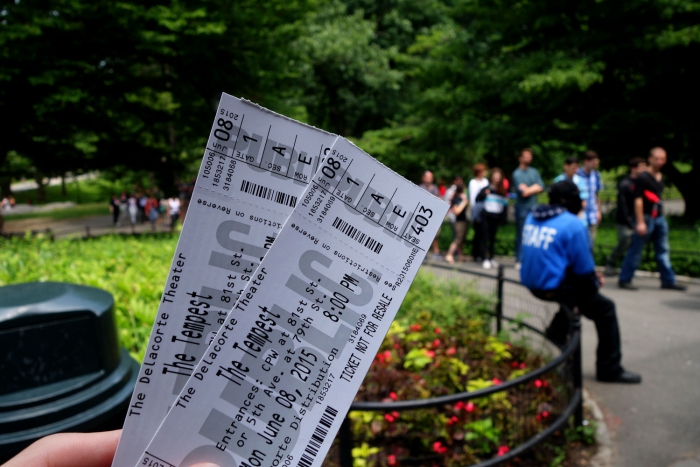 We returned for the 8pm show in the evening pretty excited. The current production was The Tempest which neither of us have seen before. 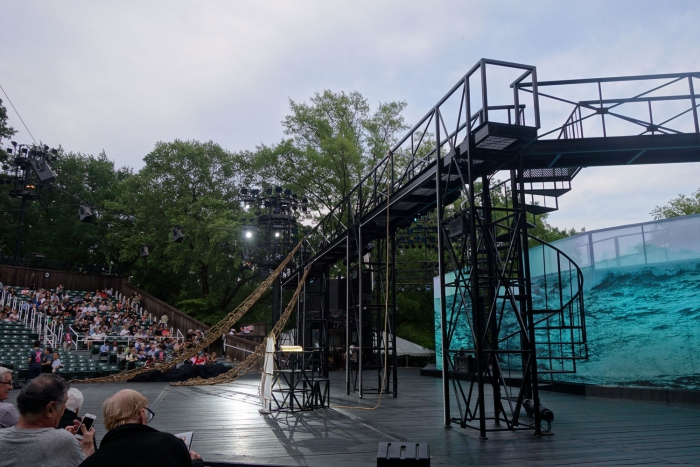 Everything was going smoothly until the rain came on. The actors tried to continue whilst getting pelted but it got to the stage where they had to pause the performance. We weren't sure if it was going to continue but after about 20 minutes they came out and started wiping up the stage. 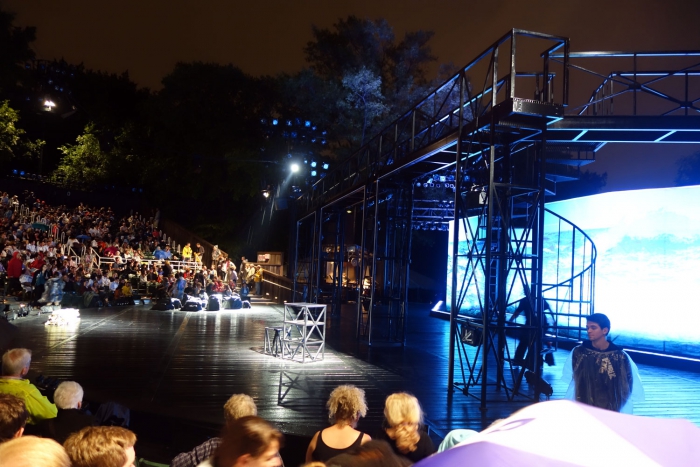 Waiting for the rain to ease

The rain eased and the cast continued on. The weather actually settled until the last 10 minutes or so of the show when the rain restarted with force. The cast battled on to the end and it was really atmospheric having the climatic speech delivered in pouring rain. One thing to note however is that umbrellas aren't allowed. They do sell ponchos if you need them but we came prepared and thankfully had our raincoats!

The rest of the day

We spent the rest of that day walking south through Central Park and down 5th Avenue. I love the bustle of those streets and the big designer stores - it's a fun area of New York.

Then we headed quickly through Times Square (we would be returning later) and walked towards Greenwich Village via a Krispy Kreme store (treats for Shakespeare) and a Cinnabon store (yummmmmmy!). 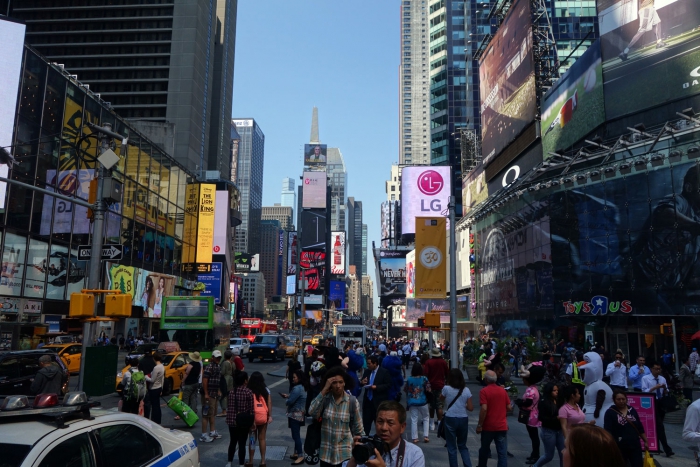 We had traditional New York pizza slices for dinner from Joe's Pizza in Greenwich Village and also stumbled upon an outdoor basketball tournament which was fantastic. 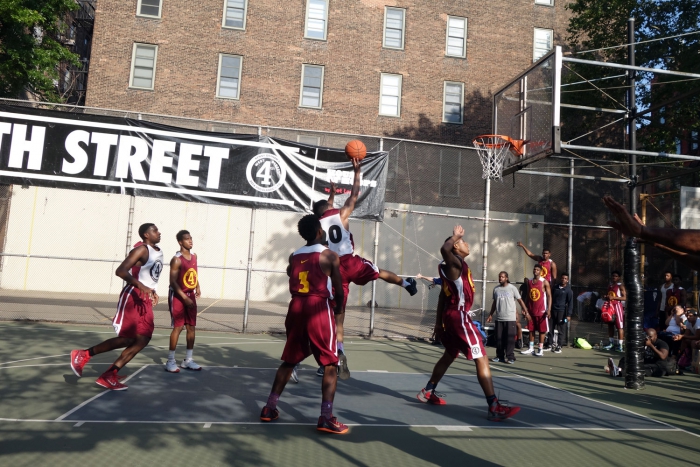 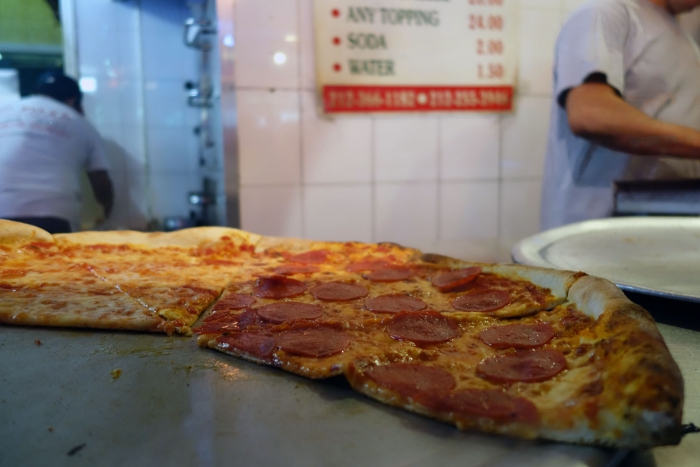 We watched the last 10 minutes of a game where the score kept alternating and the winning hoop was scored as the whistle sounded - it was such a great end! Then it was back to Central Park for some Shakespeare. 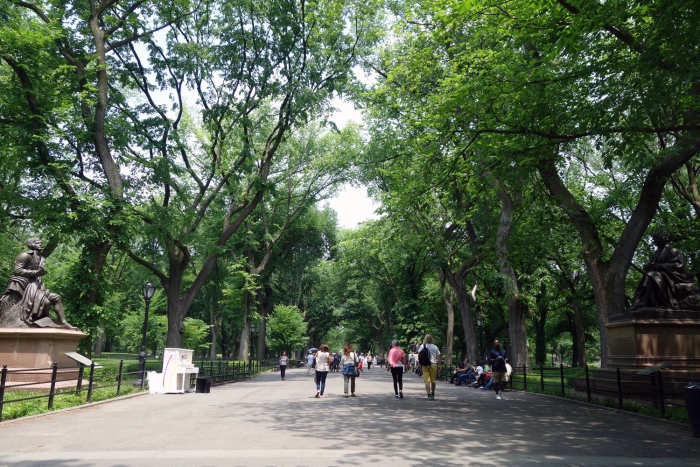 The next morning we decided to take the trip out to Coney Island which is a boardwalk just south of Brooklyn (and you can get there on the subway!). It's somewhere neither of us have been before and it was such a nice day for a wander beside the beach. 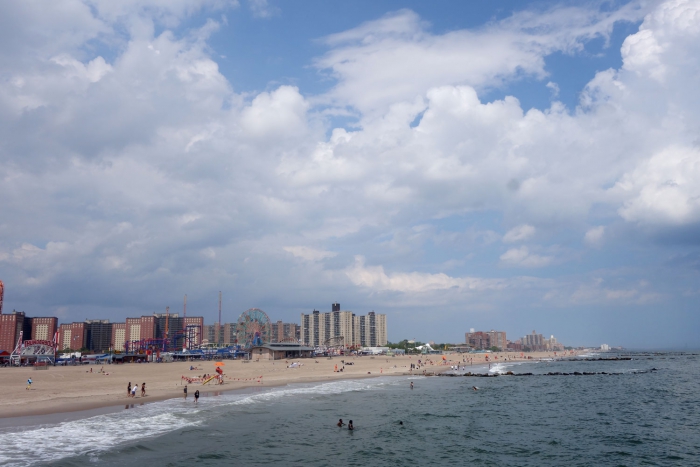 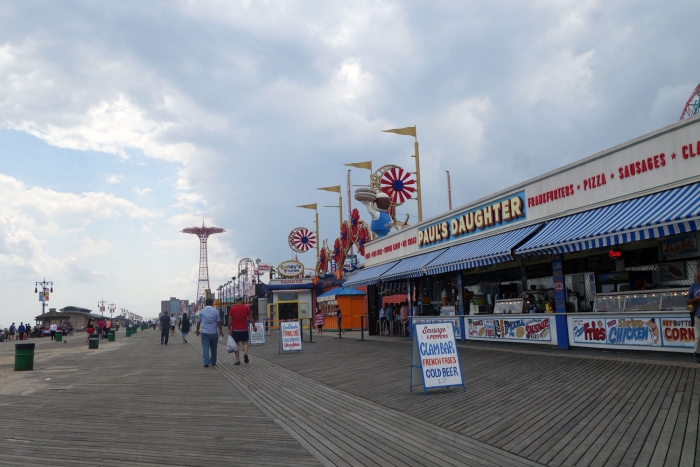 We checked out the rides and amusements (it felt a little bit like a better Barry's for those of you from Northern Ireland), got a Coney Island hot dog and a corn dog from Nathan's and had some ice cream. All in all a pretty good afternoon! 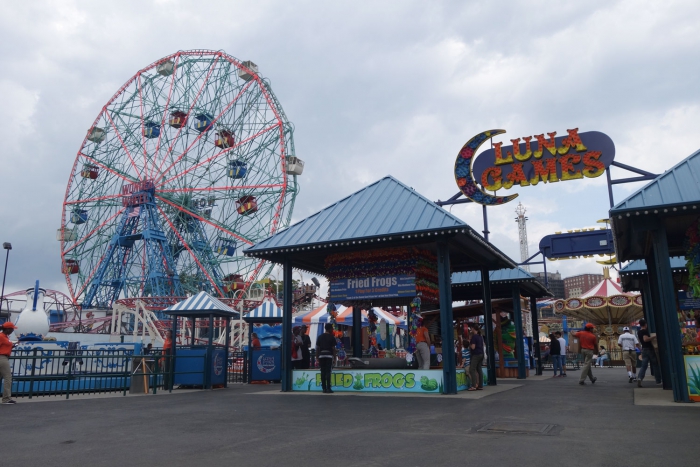 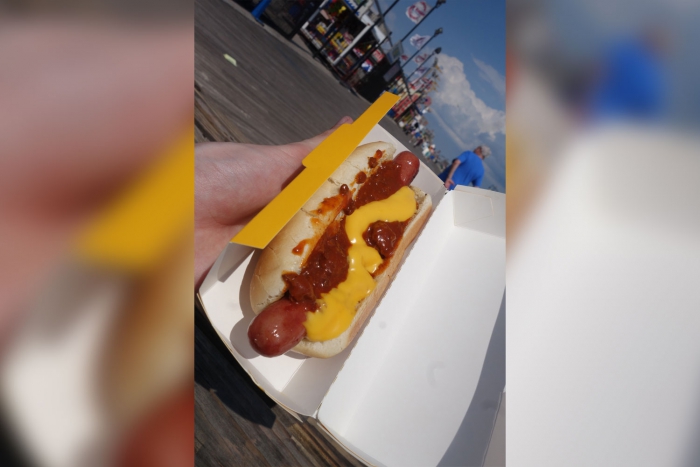 We had discovered that that evening happily coincided with the Museum Mile festival; where all the museums and art gallery's on 5th avenue open their doors for free for 3 hours once a year. We stopped en route for some yummy cupcakes at the two little red hens bakery (a great recommendation from a friend) and then headed for the Guggenheim as we figured it would be the most popular. 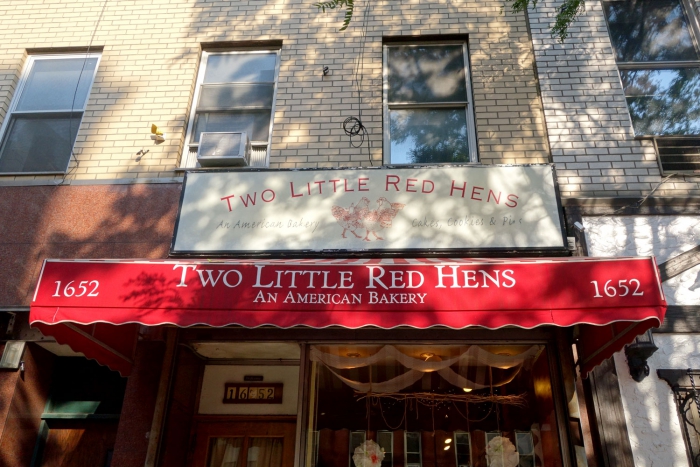 We were right - the queue went the whole way around the block but actually moved fairly quickly. 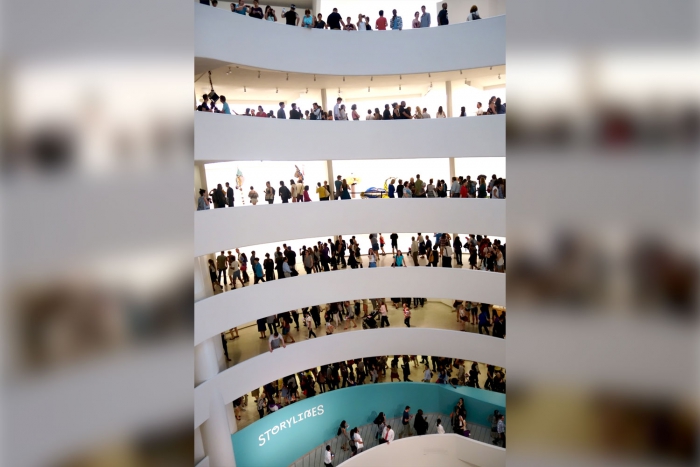 We had a wee look round inside and then next checked out the new Design Museum. It was pretty fun, they have some good interactive displays and really cool design tables where you can draw and your design is made into an object or building! 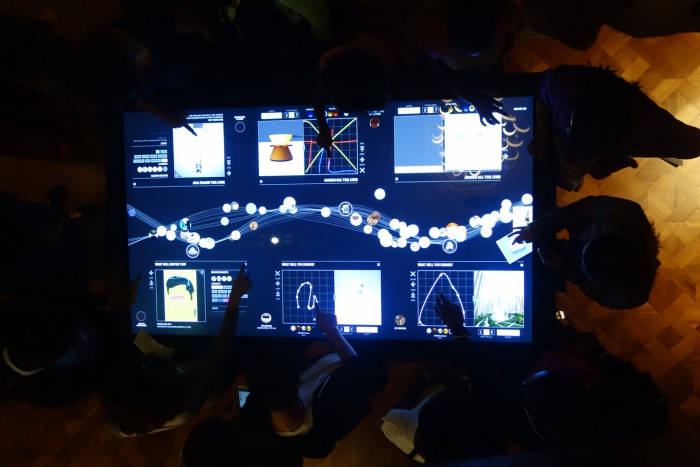 We then walked down to the Metropolitan Museum and en route had some fun drawing on the street - free chalk was being given out to everyone (I forgot to mention that the road was closed to cars!) and 5th avenue was covered in drawings and writing. 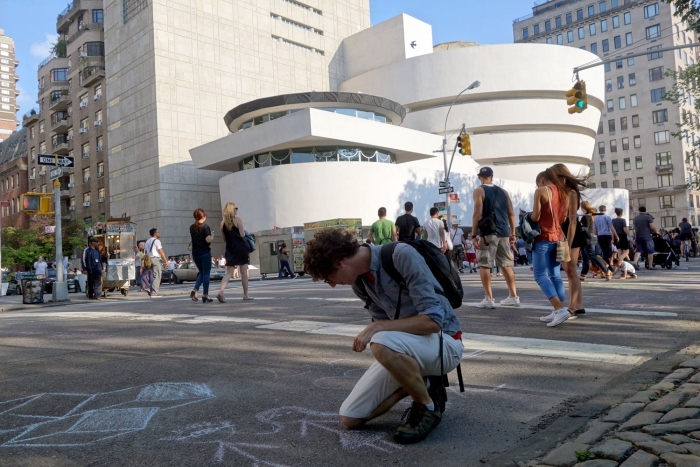 We spent the rest of the time in the Met; sadly some exhibits were closed but the rest was still awesome - it was my favourite of the three. 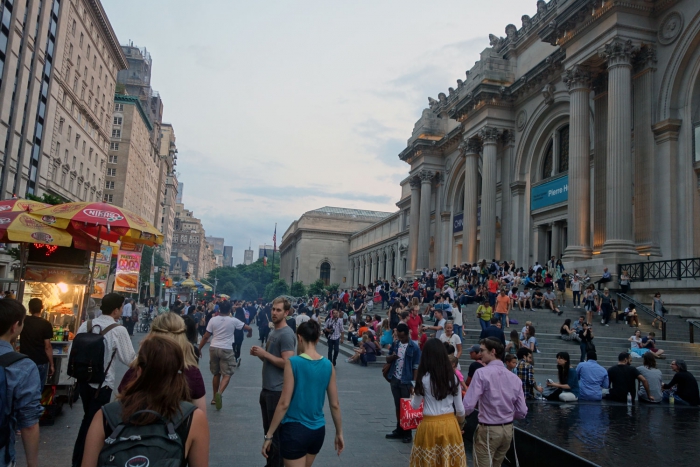 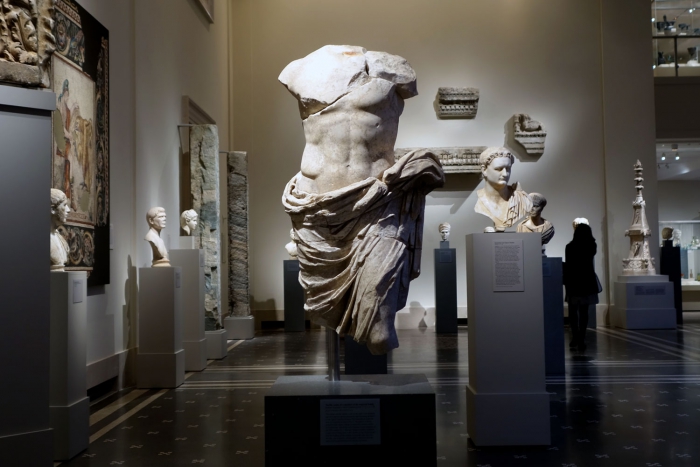 Then it was 9pm and everything and was shutting - we decided to walk down to Times Square, check out the M&Ms store etc and chill there for a wee bit before getting the train back to our accommodation. 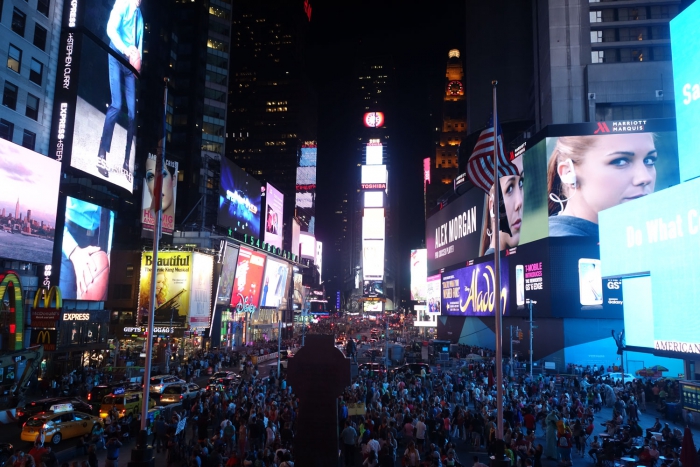 A very fun few days in New York, managing to do a couple of things that we had missed in the past!