Written by Lisa. Published on Sunday, 12th October 2014
Our adventures on and above the beautiful Buller River

The battle of the jet boats: Shotover vs. Buller

Before coming to New Zealand we had pretty much decided that we would probably want to jump on the tourist bandwagon and do some jetboating whilst in the country. Because of this we did a little research and were either going to do it in Queenstown (with the very famous and publicised Shotover Jet) or on the Buller River (with Buller Canyon Jet).

We were attracted to the Shotover jet as it is apparently very popular and seems to go through quite narrow canyons and also does the classic 360 degree spins. The downside however is that it is only 20 mins long and costs NZ$129 (per person at time of writing).

The Buller Canyon jet was very highly recommended by Lonely Planet and Tripadvisor. It was 40 minutes long and costs only NZ$105 (each) with the added bonus of crossing the longest swingbridge in New Zealand thrown in too.

In case you have somehow missed the title of this post, we ultimately decided to give the Buller Canyon Jet a go and see what we thought. And I must say....it was absolutely fantastic! This jetboating experience also goes through a beautiful (and at times narrow) gorge on blue blue water and the captain Mark is not afraid of his 360 spins and jumping over rapids. He is also full of knowledge about the local area's geography and history and seems to really enjoy his job. I cannot comment on how it compares to the shotover jet in Queenstown but we definitely found it thrilling and exciting, were grinning the entire time and came off the boat just a tad wet which to us was just perfect! 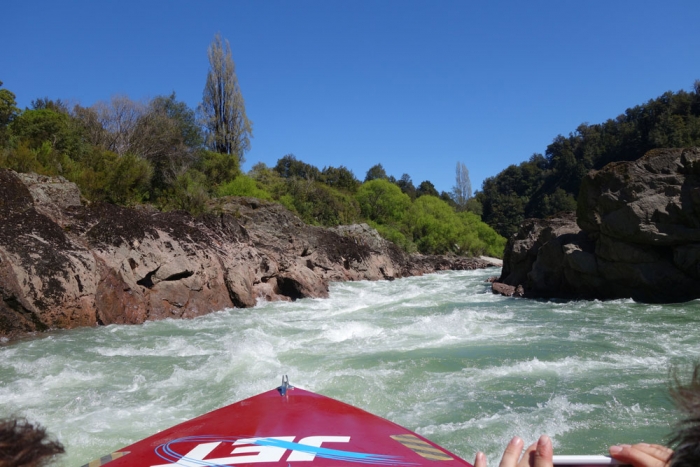 On a final note there are a couple of little walks on the other side of the swingbridge too which are pleasant to stroll around and if I can make it over the swingbridge (being terrified of heights and being dangled over them on a swaying bridge) then anyone can! 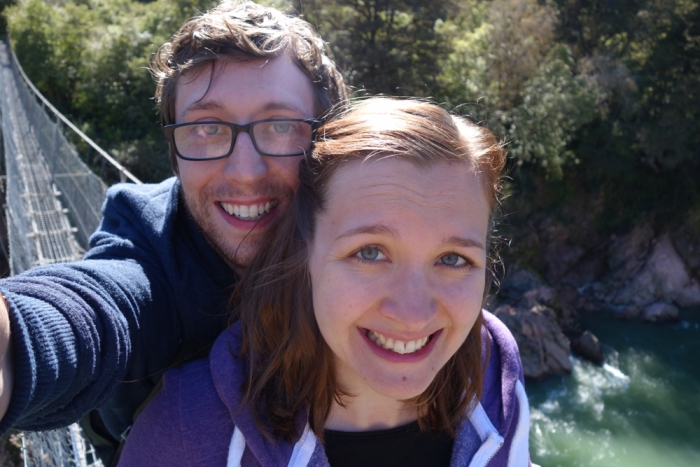 Putting a brave face on things.