A quick hello to Farewell Spit

Written by Ali. Published on Saturday, 11th October 2014
Our quick visit to the end of the world.

Farewell spit is a very appealing looking part of New Zealand when you spot it on the map - regrettably you can't walk out very far onto it without a guided tour but from our experience you might not mind that you can't walk very far.

The north edge of the spit is incredible on a good day - it feels like you are walking along a dry white desert. The whole edge seems to be perpetually whipped by a strong wind blowing along the coast away from the mainland, carrying with it a somewhat punishing volley of sand. When we were there the distant beach faded in a white blur in the distance. 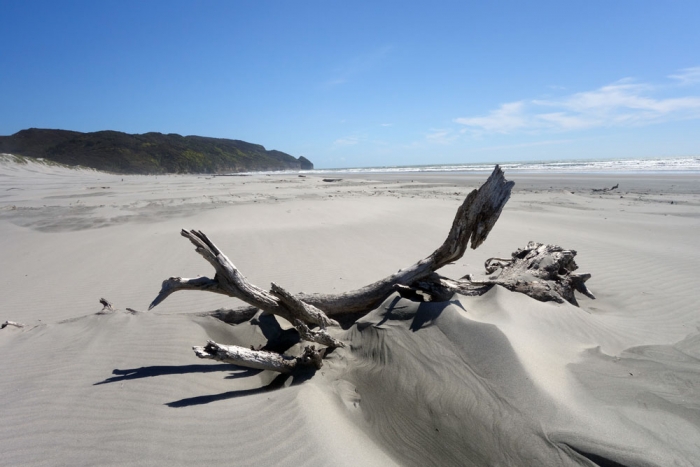 The sandblasted desert of the north beach

The south edge is much quieter but also a lot less exciting. One aspect that I liked about it though was that you could much more easily appreciate the length of the spit on this side as both your view wasn't obstructed by the fog of flying sand and also the geography of the spit means the south side is on the inside of the curve. Also, if you like driftwood this place seems like a great spot! 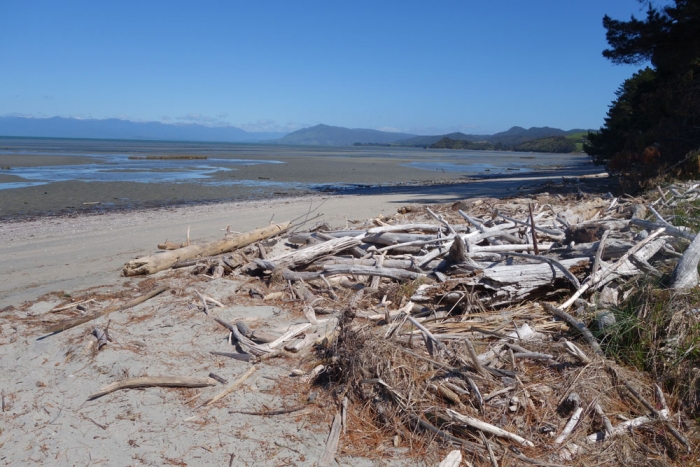 The connecting farmland is a little bland in comparison to the coasts - you'll probably find yourself rushing through that bit impatient to see the other side of the spit.

Having done it the wrong way, the route we would recommend is to do the north edge first. From the car park on the spit, look for a route through the fields (feels like you are trespassing a bit) marked by orange triangles. This means that when you walk along the north beach you will have the wind on your back and your face free of sand! Just keep an eye on the inland side of the beach for the path that crosses to the south coast - it seems like it might be harder to find going that way. 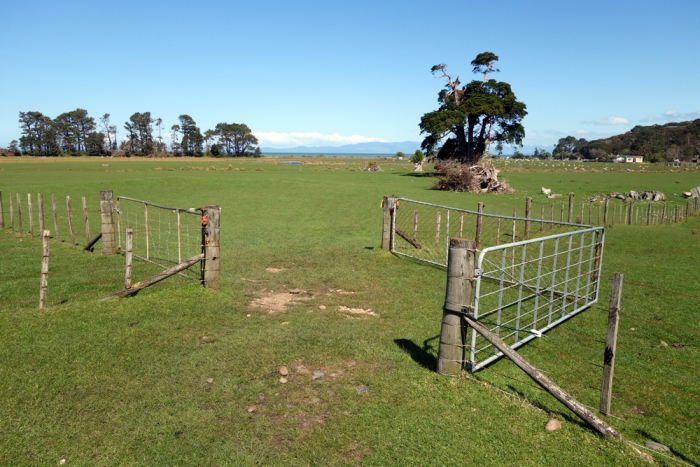 One last titbit of fun if they are still around when you get there - there were a few seal cubs settled in the rocky cove (just past Fossil point) on the west extreme of the north beach. Pretty much, when you hit the north beach's sand follow the coast left past the cliff outcrop and into another cove with large rocks strewn around. We spotted a seal playing in the waves around there and another relaxing under the cliff at the furthest end of the cove. Worth a peek just in case! 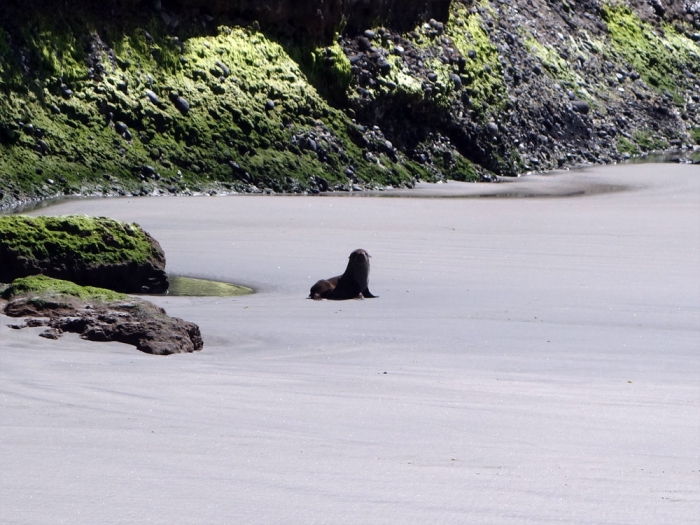