Written by Lisa. Published on Wednesday, 8th April 2015
Our quick one day stop off at the very frozen Lake Louise.

We have quite a backlog of posts accumulating so I have decided to tackle these whilst I sit at the beginning of my 11 hour overnight bus to Vancouver (which I am very sure there will be some sort of post about later)!

We were quite sad to leave Banff, we had felt comfortable there and had had mountains of stuff to do but we were also excited about getting out and properly driving as well as seeing the highly acclaimed Lake Louise....and I must say, it did not disappoint.

I had been secretly hoping that the lake was still going to be frozen when we arrived but given the unseasonably good weather, I figured this was a long shot. I was ecstatic when we walked the short trail from the public car park that opened out onto a view of the very very frozen Lake Louise; With people walking across it! 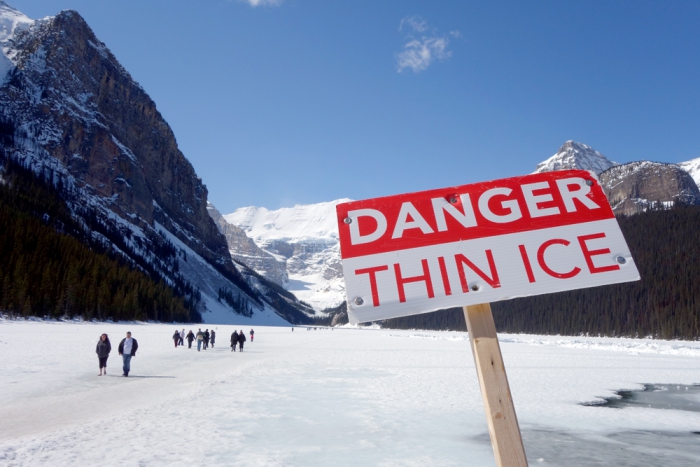 The scenery really is breathtaking, people don't exaggerate. The lake is surrounded by towering mountains with the picturesque Fairmont Hotel at one end and a glacier at the other.

We decided to start by having a nosy inside the hotel to see what all the fuss was about. There were quite a few shops and lots of places to eat (though pretty much all with a view of the lake were super pricey, afternoon tea will set you back $48 each). The concierge in addition were very helpful with suggestions for walks even though we weren't guests of the hotel.

We set off on one of the recommended walks up to a viewpoint which was about half an hour away. We got to use our cleats again (yay!) as the whole trail was uphill and super slippy. The path eventually opened out into a little area overlooking the lake and hotel and I think it was worth the walk, the view is even better from above. We did enjoy the fact that the benches were completely submerged in snow, something which was becoming a common occurrence! 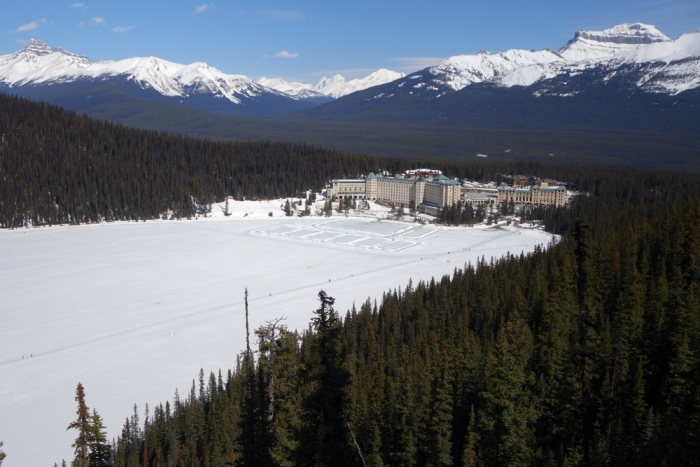 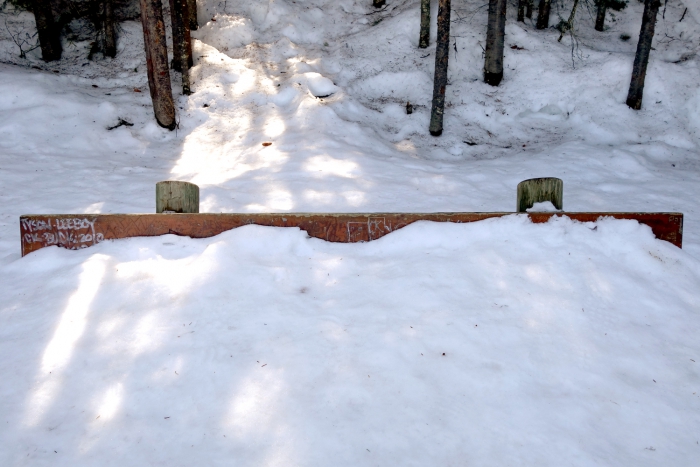 Normally this is a bench

After a spot of lunch at the viewpoint (lovely hand packed sandwiches) we headed back down to walk across the lake. Something very novel to us and which I was really excited about. Turns out the lake is A LOT longer than it looks so we ended up walking over and hour in the thick-ish snow covered ice to get to the other end. 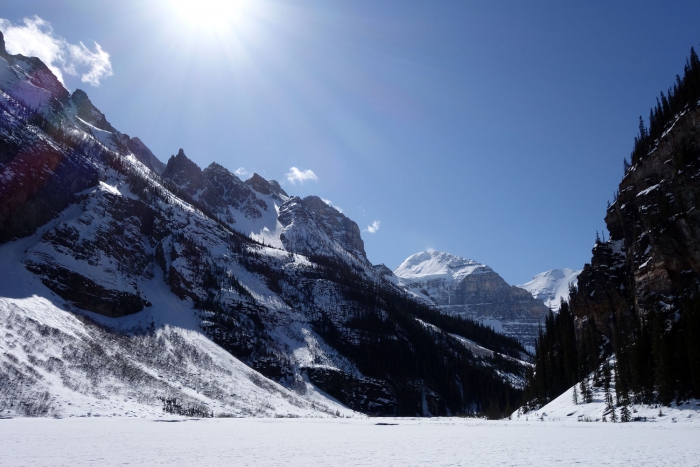 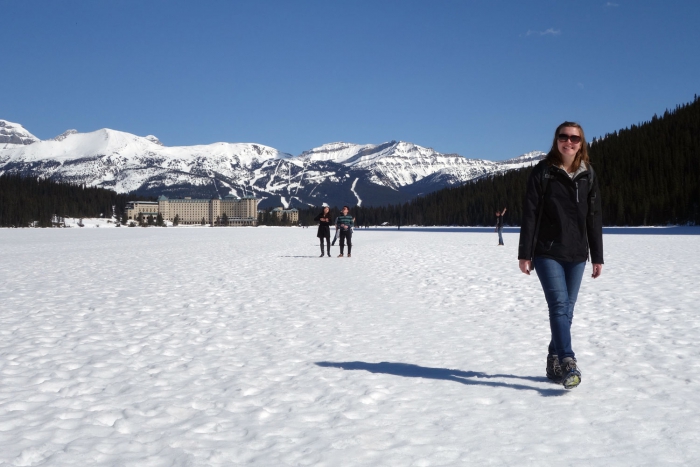 The experience was totally worth it, to get a close up view of the mountains around the lake as well as at the other end was amazing. We decided to walk back along the lakeside path before jumping in the car and driving up to the see the skiers. 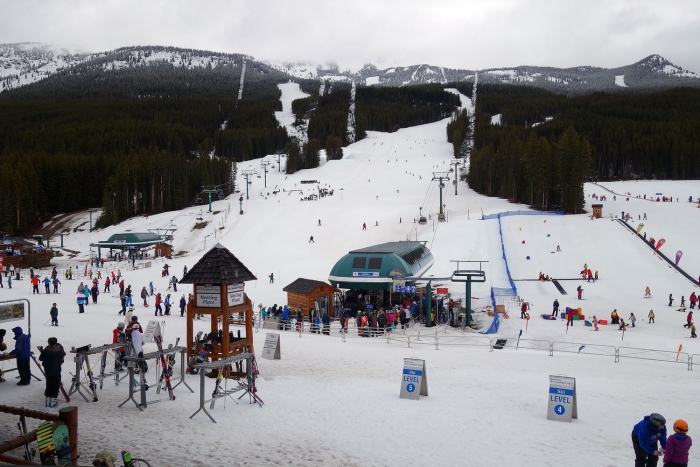 Our original plan was to snow tube at Lake Louise ski hill as we didn't have the insurance cover to ski. Turns out watching the skiers kinda gave us the bug so we decided to forgo snow tubing with the hope of perhaps skiing in Jasper (more on that to follow!)

Although it was a very brief jaunt at Lake Louise I loved every minute of it. I'd quite like to see it in summer now but I'm so so glad that we got to experience it in all its winter wonderland glory this time.