Written by Lisa. Published on Friday, 10th April 2015
One of the most beautiful drives in the world from Lake Louise to Jasper.

The Icefields parkway is the main bit of the road from Lake Louise up to Jasper and it has the reputation for being a pretty spectacular drive.

We drove this road twice and had very different conditions on both occasions but I have to agree with the people before me, it is a joy to drive and the scenery never stops being impressive and magnificent!On the way to Jasper, the road conditions were highlighted as 'poor' and we did have quite a snowy, grey and overcast drive up.

We made a couple of stops along the way, mostly following the touristy road signs that indicated a viewpoint or another sight of note.

The first was just a pull in at the side of the road to look at the very snowy Bow Lake and in the distance the Bow Glacier. It was pretty cold however so we quickly hopped back in the car to carry on.

Next came Peyto Lake. I had read before that there was a short trail that leads to a viewpoint over the lake so we decided to investigate this time. Cue a hilarious walk up what turned out to be a road that was covered in several feet of snow. It was like Russian roulette; You didn't know if you were going to plummet deep into the snow with every step or if the snow would hold you. 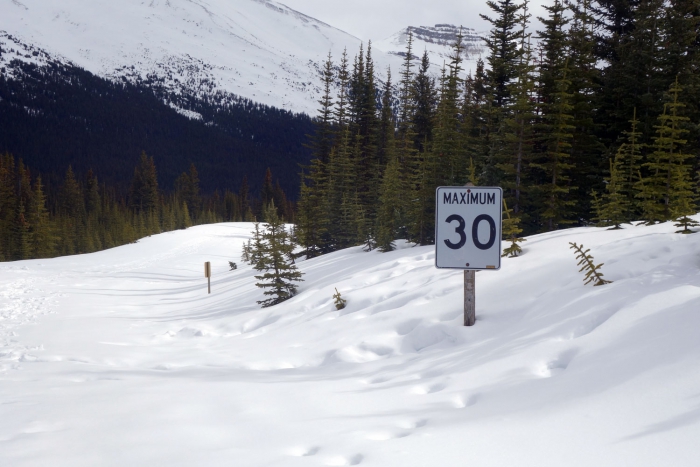 Needless to say it was slow going but we made it in the end to what turned out to be a lovely viewpoint and I'm glad we did it! 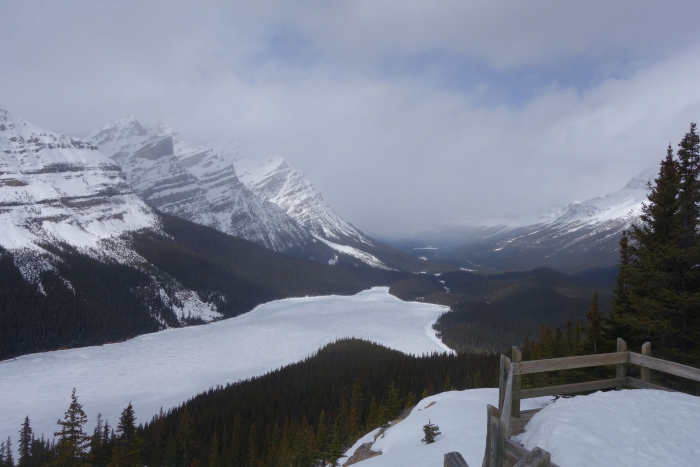 We also took advantage of the nice fresh undisturbed snow to make a mini snowman and some snow angels :) 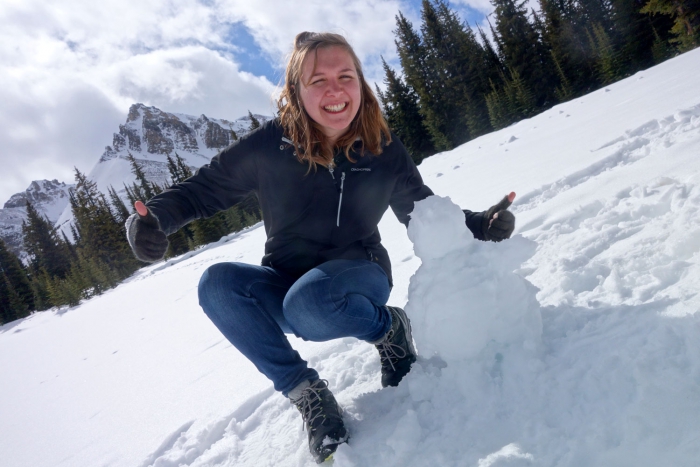 Our final stop on the drive before Jasper was the Athabasca Glacier at the Colombia Icefields. The Ice Centre was closed but we pulled over where all the cars were on the other side of the road and started to attempt to follow what we thought was the trail to the glacier. Turns out that it probably wasn't a trail... so again cue us trying to walk over several feet of snow with the added bonus of occasionally hearing running water under parts of the ice we were trying to walk on...things were very tense!

We finally made it to what looked like the official car park for the glacier but we couldn't figure out where was safe to walk so didn't continue on much further. Again we were highly amused at the tourist signs being hidden because the snow was so deep. We decided to sensibly return on what appeared to be a road (and probably the route we should have originally taken). 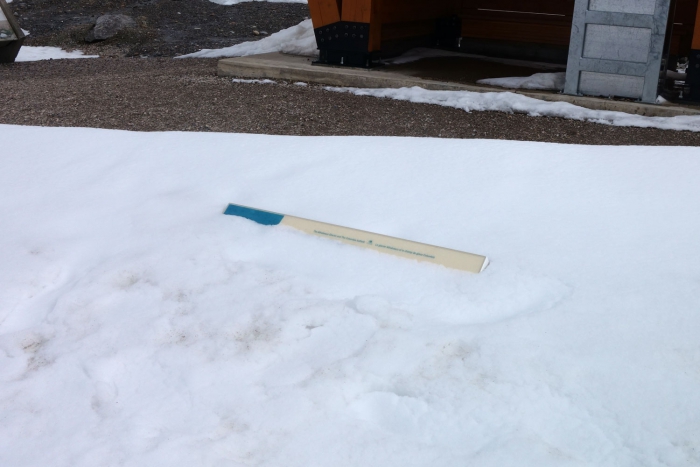 Then it was onwards to Jasper!

On the way back from Jasper to Banff a week later we had a completely opposite day; Blue skies and the most spectacular views. 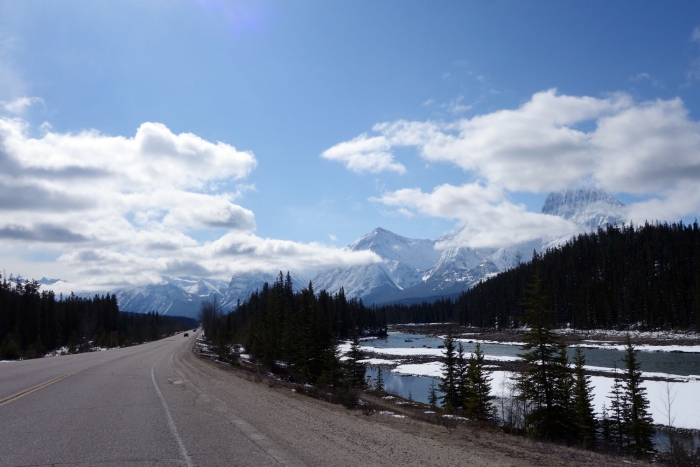 We made one extra stop off that we bypassed on the way to Jasper; Athabasca Falls. This is a quick pull off the road and a short walk to see the Athabasca river plummet down into a deep canyon - definitely worth your time! We attempted the walk down to the lower canyon but given the ice things got a little hairy and we decided to retreat as the trail was very steep but in summer that could be a little added extra. 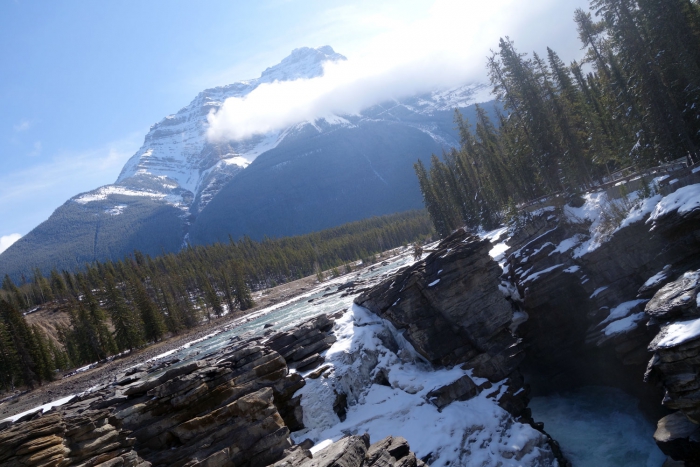