A short visit to Whistler Village

For Canada we pretty much planned our route before we left and tried to book as much as possible so we could just relax and enjoy it. We had included a two day trip to Whistler as it is a very famous ski village in Canada and is pretty easy to get to from Vancouver. We figured we would be able to do some walks in the area and check out the village but at the time of organising we hadn't been to Banff and Jasper and so didn't realise how spoilt we were going to be in terms of nature and views!

That's not to say that the hikes aren't pretty by normal standards, I just think that compared to our previous two weeks we had learnt to expect spectacular in Canada. We also didn't realise just how ski oriented the village is (the lifts go straight up the mountain from the village itself) which meant fewer activities for us.

We did manage to occupy ourselves well though; The village itself is really lovely with a large pedestrian area and loads of shops and eating places. 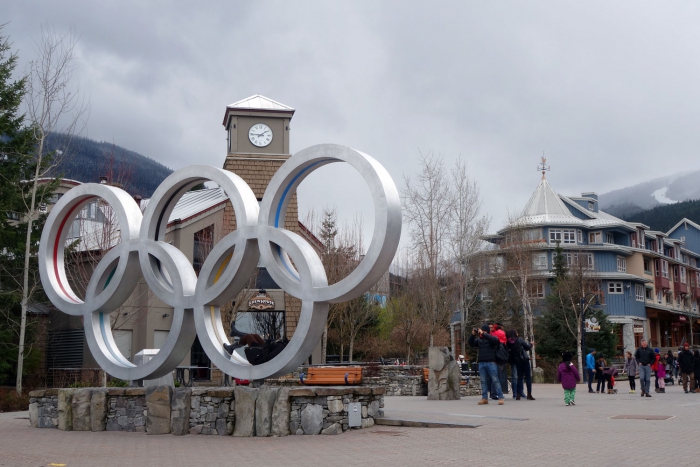 We spent one of the afternoons wandering around it and also managed to stumble into the 'World Ski and Snowboarding Festival' which meant lots of stalls with free goodies around the base of the mountain! We scored some sunglasses, an expensive brand of Canadian boxers, Coke, cereal bars and Monster energy drink so all in all we were pretty pleased with that haul! 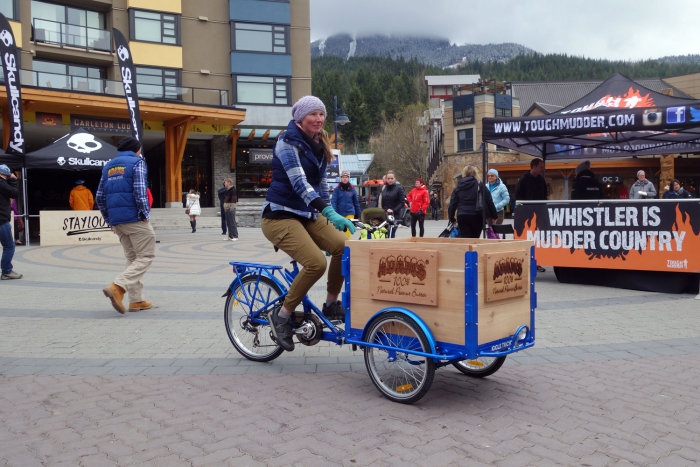 That free peanut butter has our name all over it

We also went for a recommended walk from the village to Rainbow Place. It was 3km each way with no elevation and took us to a park on one side of Alto Lake with view of the lake and surrounding mountains. It was nice but as said above, just not quite as nice as east of the Rockies had been. 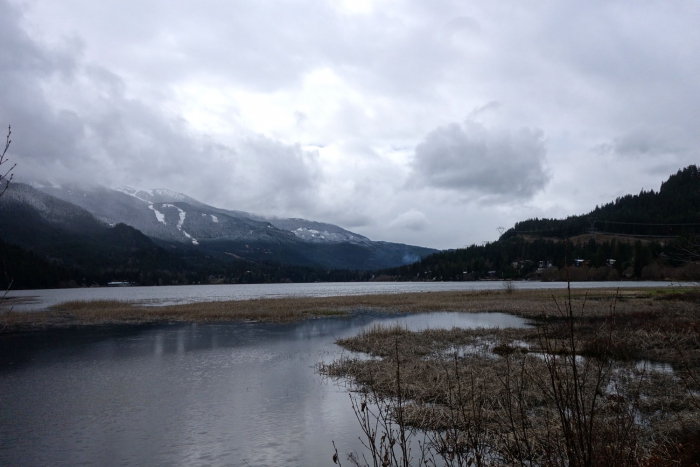 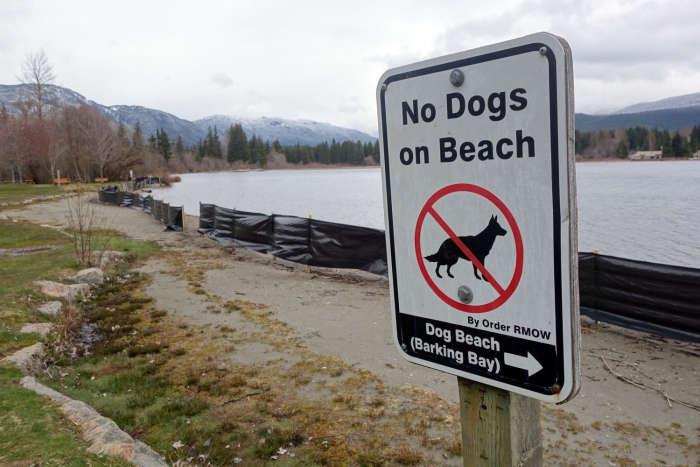 Canada, we need to have a talk about what you classify as a beach

Our final activity was to check out 'Function Junction' which is outside the village and near the Olympic village where our accommodation was located. It is an old industrial area which has been taken over by art shops and quirky eateries but unfortunately it was a Sunday and not much was open. I don't know if I'd travel from the village for it but I was happy to walk the 15mins from our hostel to check out what the fuss was about.

The main things that I took away from Whistler were that: