Yosemite national park in one (and a bit) days

Written by Lisa. Published on Thursday, 21st May 2015
Blasting through all the main sights in Yosemite in a day plus a little bit extra for some Sequoia viewing.

I think anyone going to California tries to include a trip to Yosemite on their list. It's one of the most iconic national parks in the whole of the U.S. and for that reason we made sure that it was one of our stopping off points.


We didn't have very long to visit the park as the clock was now ticking on our car hire and the days were starting to count down until we had to drop it off on the other side of the country. We decided to camp for 2 nights just outside of the park and spend one afternoon en route to the park plus the whole next day to try to see as much as possible.


It made most sense for us to try to see a different area of the park on that first afternoon as most of the main attractions are in and around Yosemite Valley which we would be visiting the next day. 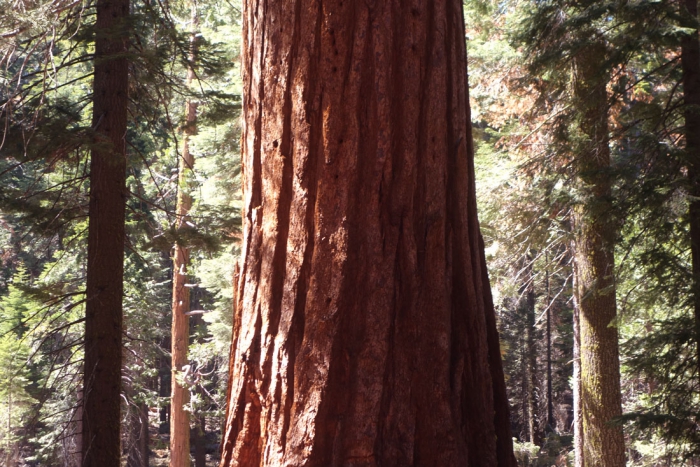 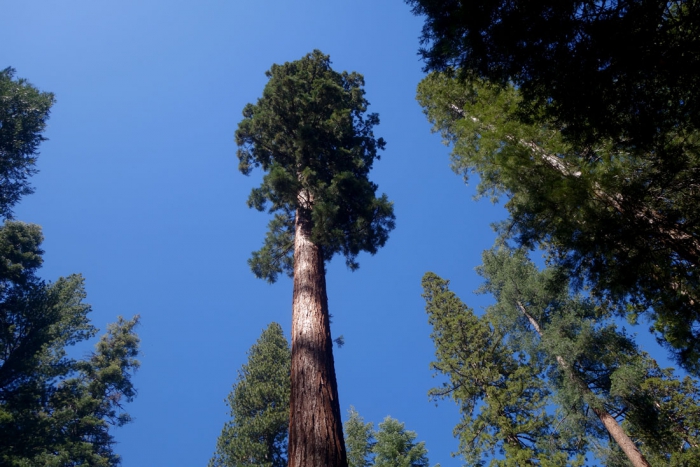 With this in mind we took a bit of a drive south to Mariposa Grove to see some huge sequoia trees. We hadn't seen any big Californian redwood trees yet so were pretty excited to check them out and I must say they did not disappoint! We did part of the large trail around the grove to see a couple of different famous trees but all I can remember is that they were really really really massive and if you want to see some redwoods but are only visiting Yosemite then this is the place to come to check them out. 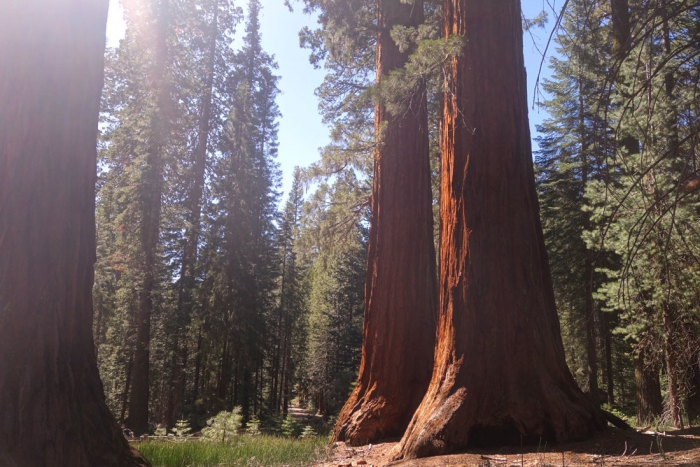 The next day we had a full itinerary to try to see as much as possible! I've split this bit into bullet points of what we managed to get to and some pictures.

This is a famous viewpoint over the valley which gives you some impressive photos and is just a quick pull into a car park on the side of the road. 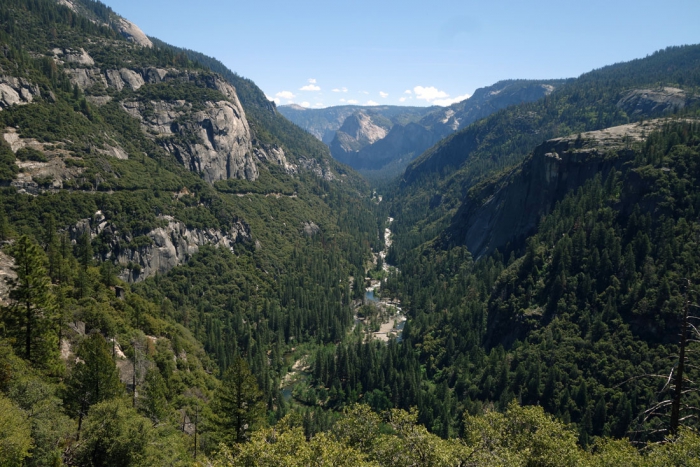 This is a bit of a longer walk but is all mostly on the flat. It is supposed to be reasonably filled with water in spring so that you can see Half Dome reflected in it. 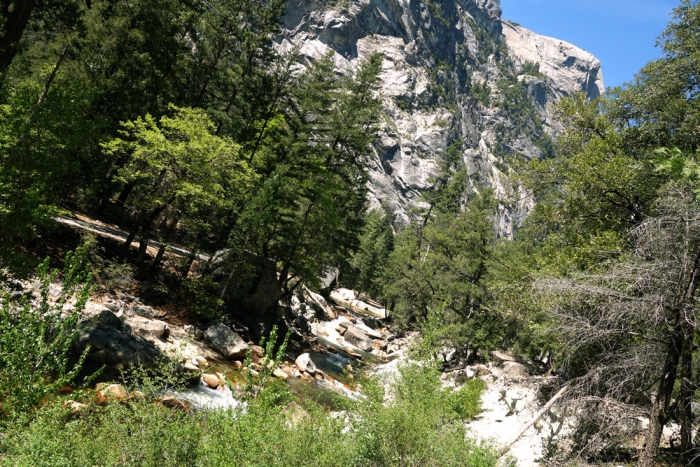 We were a little disappointed when we visited though - there was a lot less smooth, reflective water and a lot more grassy, non-reflective meadow than expected so no reflections of Half Dome were to be had. It was still nice to sit beside the lake/river/pool and get a better close up look of Half Dome. 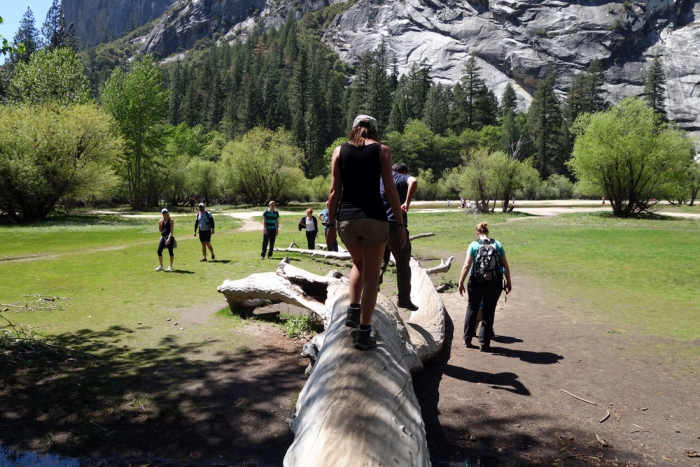 Lisa about to take a dive 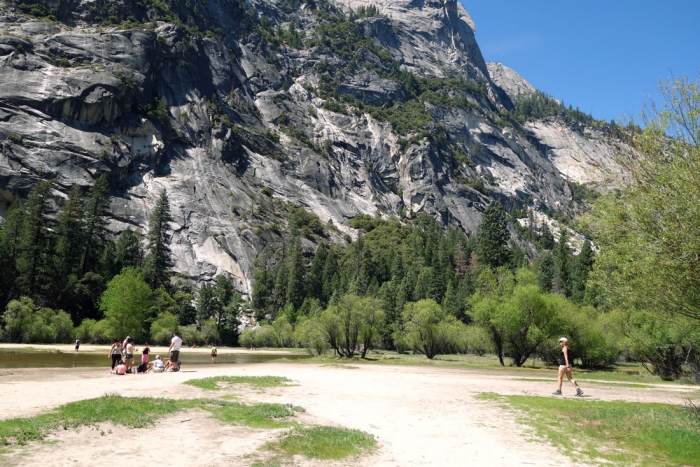 The best bit of this walk for us however was on the return journey; About 100 yards from the end of the trail there was a group of people all stopped taking photos of something. We had a quick peek and low and behold, up on a boulder sat a big black bear! Alistair tried to take some hasty pictures with me whispering to him to get behind the other people because the bear was starting to move closer. It got up and walked across a big log a couple of times (video below!) and then started heading down towards the path which meant a very quick retreat for us and all the other photographers towards the trail end and bus stop.

These are probably the most famous waterfalls in the park and it wasn't hard to see why. 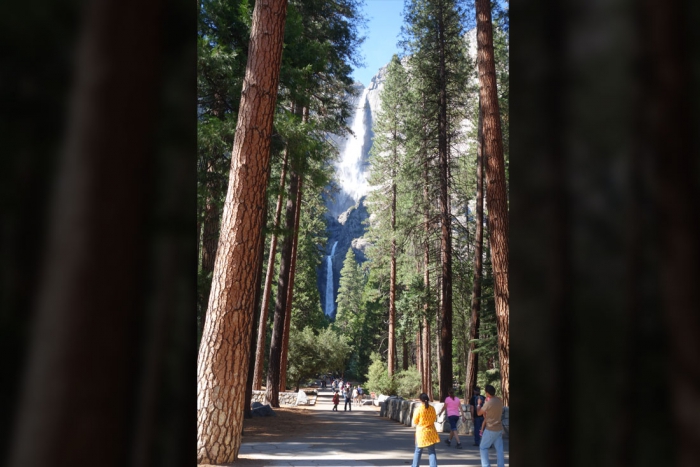 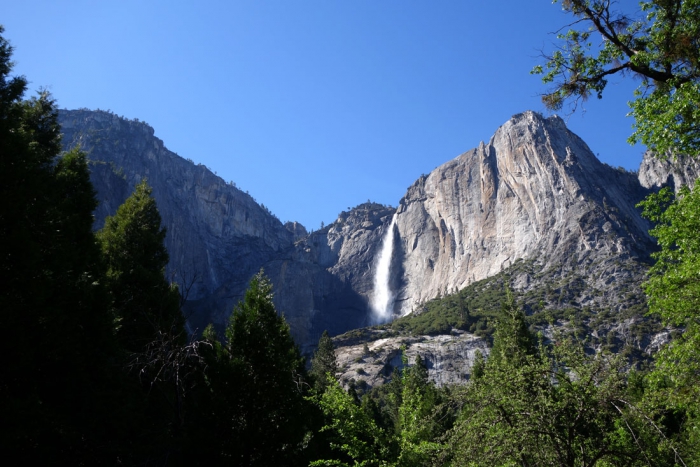 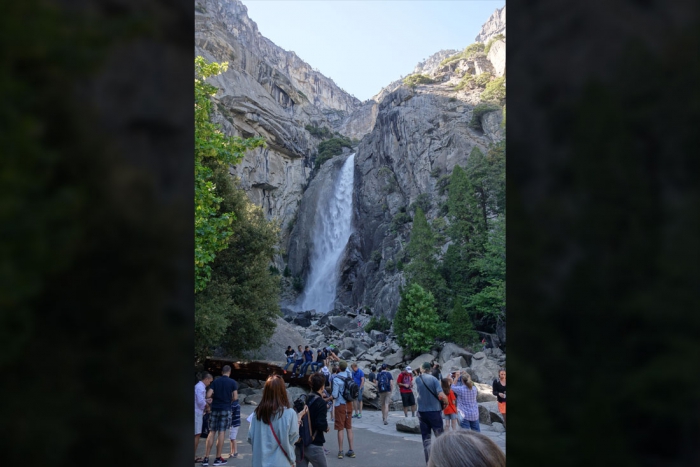 Getting up close to the Lower Falls

The walk to the lower viewpoint is pretty quick and flat and if you take the clockwise direction you get some pretty sweet views of the falls which are really impressive. I think they may be the tallest waterfall in North America but don't quote me on that!

Another famous waterfall which, when the wind catches it, looks like a veil. Sometimes when the light was catching it, you could also see rainbows in the mist which was awesome. The walk to the viewpoint here was only about 1000 yards so is quite easy to hop out and see. 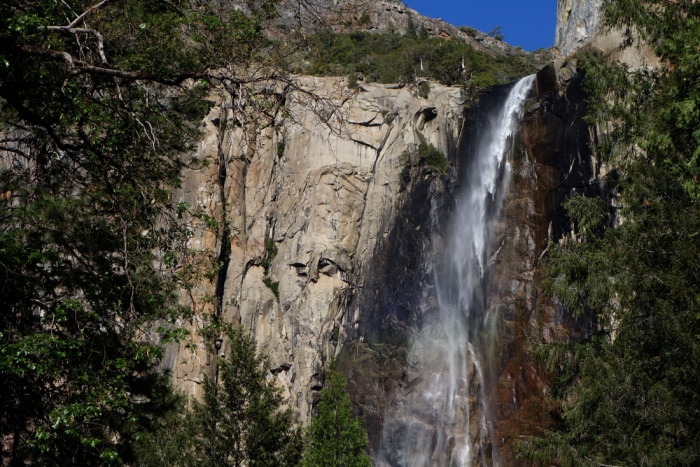 You can recognise this cliff face from miles away, it is so imposing and dramatic looking! There are loads of places to stop and jump out to take a look and a photo so there is no way you can miss it! 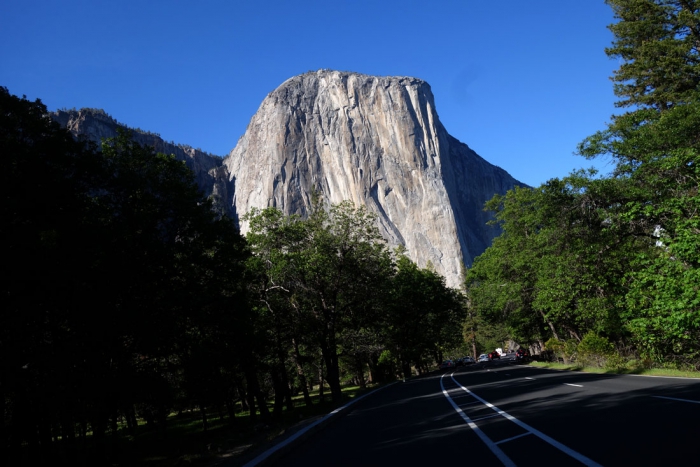 That night we decided to have a campfire as the nice people on the site next to us offered to leave us their left over wood. We got sausages, marshmallows and chocolate and were very excited for dinner.

The first adventure was discovering that the 'wood' we were left was a couple of chunks of charcoal resulting in us desperately trying to gather enough wood from the nearby brush to make a big enough fire. Just when we thought we were ready to start cooking there was a panicky few minutes were we thought we'd not brought matches but luckily they were found stowing away in the laptop bag!

After finally getting the fire started we attempted to cook sausages on sticks as dark descended. They seemed to work OK given the lack of gastroenteritis in the following days! 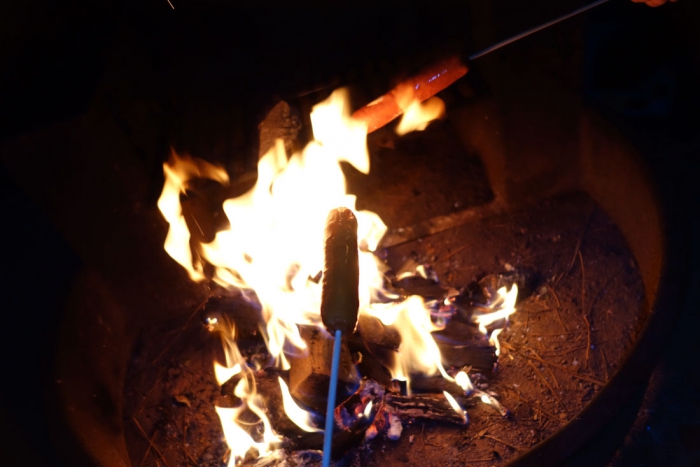 As we started toasting marshmallows and chocolate however I heard a loud noise in the bushes behind us and managed to completely freak Alistair out by shaking him and pointing behind us. Apparently he had already been thinking about all the big animals which could be out there in the darkness which I had been happily oblivious to up until that point. 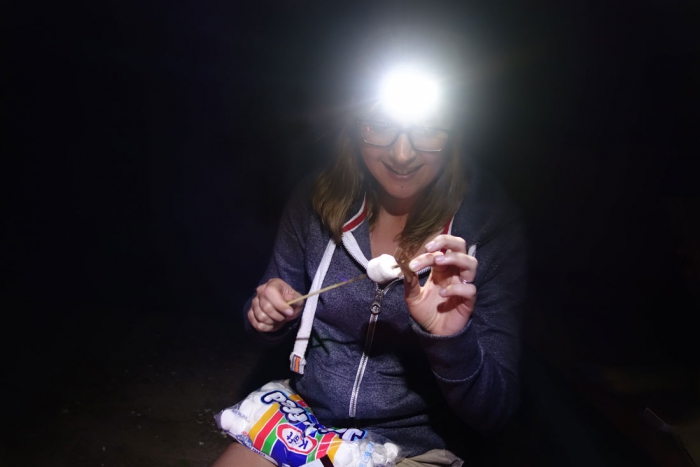 We quickly came to the decision that cooking nice smelling food in a dark, desolate corner of a quiet campsite in the woods connected to Yosemite, a place famous for its bear population, may not have been our smartest idea.

Needless to say it didn't take us very long to pack up our things and retreat to the safety of our (hopefully) bear proof tent. We instead enjoyed a nice breakfast of toasted marshmallows and chocolate the next day in the safe daylight and will from now on maybe not cook food outside when sitting out on our own in bear or mountain lion country! 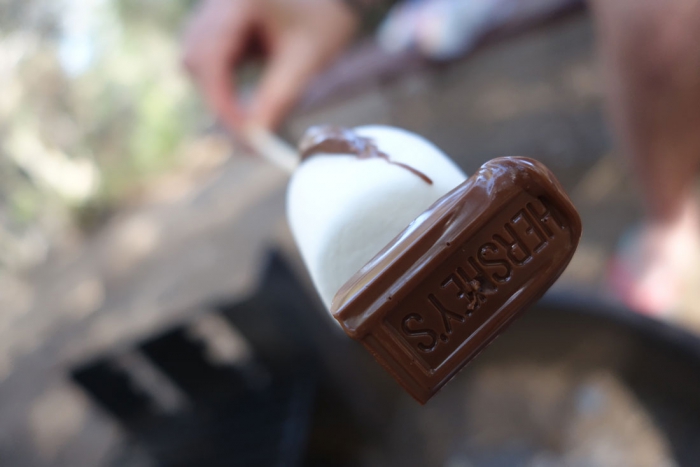