Written by Lisa. Published on Saturday, 13th June 2015
A fantastic stop off in Washington DC to get a better understanding of American history and politics.

It was a slightly bittersweet morning when we arrived in Washington; we were excited about seeing the city but it was also the time to give back our car that had taken us across the country :(. We would be getting other cars in Boston and Miami but none for as long as the 34 days that we had had this one! It felt like the end of something even though we still have six weeks of exploring to go. 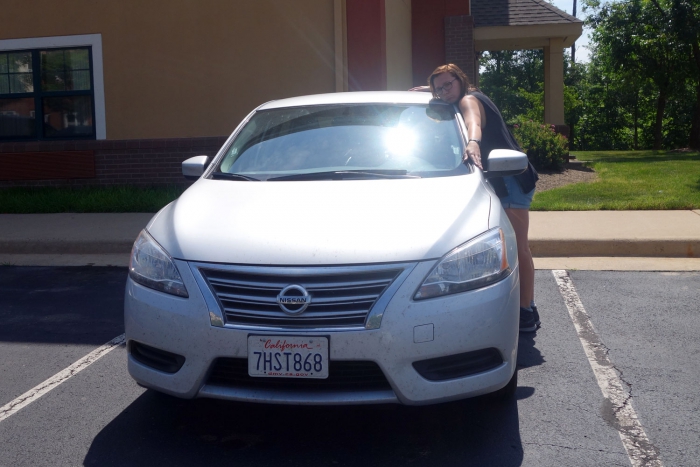 After saying our farewells we headed into the centre of Washington where we had booked an Airbnb for five nights. This may have been the bit we were most excited about; stopping somewhere for longer that one or two nights hadn't happened for five weeks! We spent that first day chilling and getting ready to do the multitude of activities that Washington has to offer. Seriously, there are so many things to do in the city and the majority of them are free. It is the first time we have visited a city and thought we actually need more time to be able to see everything (normally we are a bit bored with a city after a day or two!)

We spent a surprising amount of time at this museum. There are a lot of exhibits and things to see (plus I was with Alistair, this is definitely his type of museum; spaceships and planes and aerodynamics etc etc). 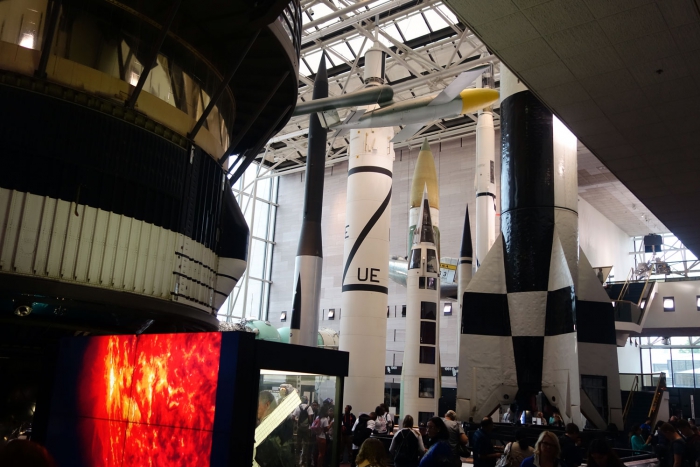 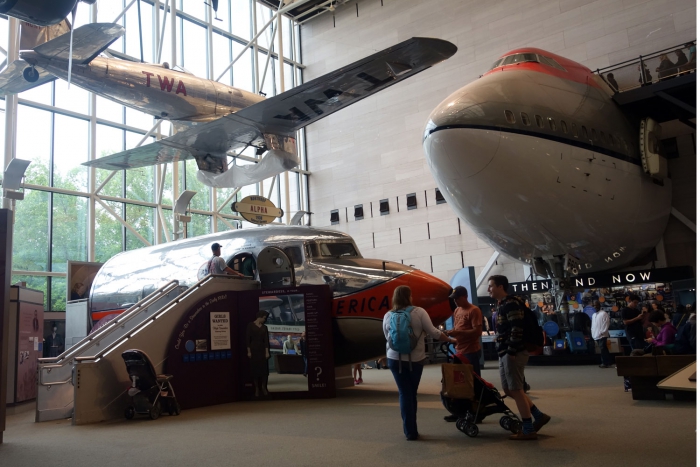 I would say that we actually spent the most time here out of all the attractions in the city. It isn't super big but the exhibits are interesting - I particularly liked all the space stuff and the Wright brothers things. 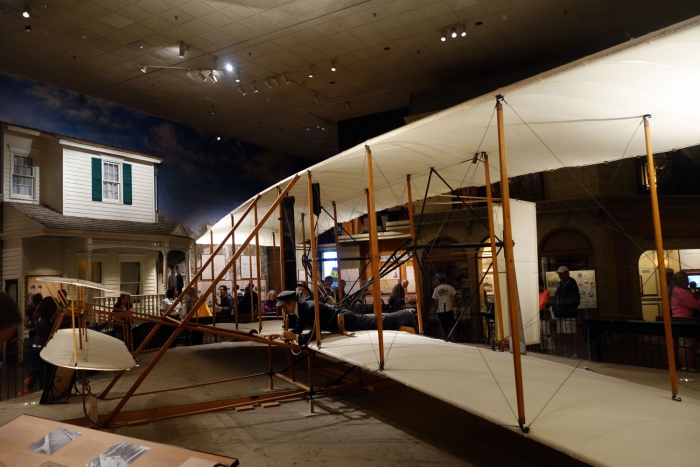 In contrast to the air and space museum, we spent less time here than I thought and it was smaller than expected. My favourite exhibit was explaining the origins of humans and how we evolved and spread across the world. They also have the fun dinosaur exhibit with the classic T Rex skeleton which you can't miss. 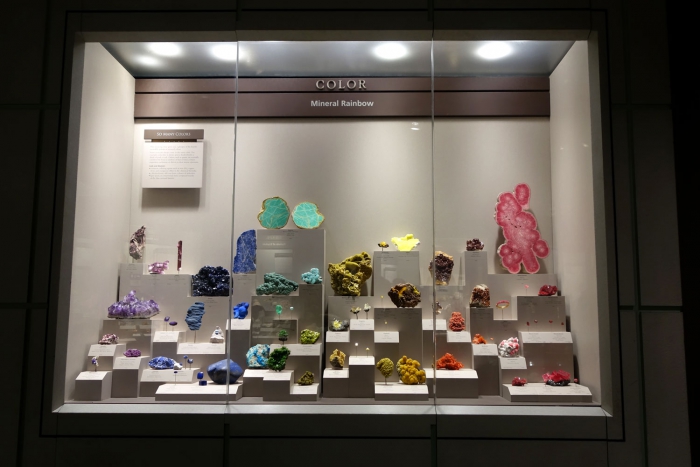 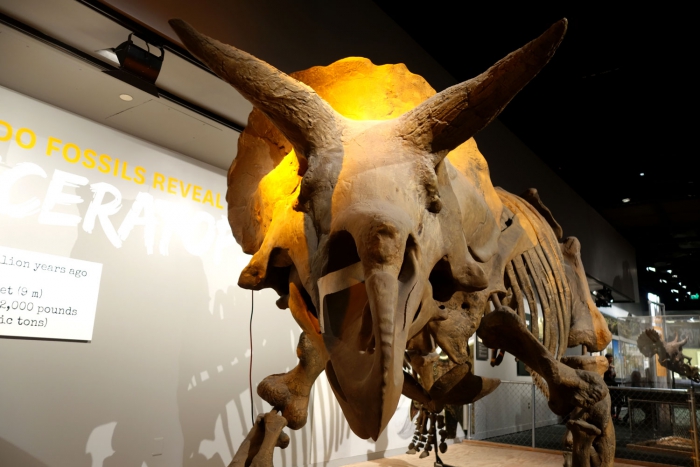 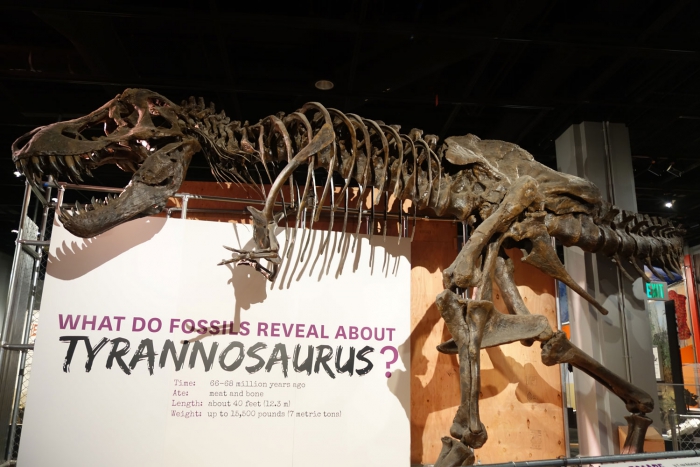 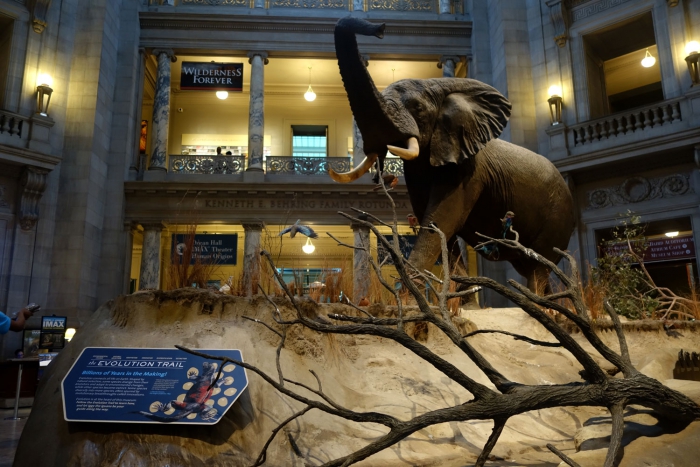 The only way to get past the visitor centre in the Capitol Building is with a (free!) tour ticket. We read lots online about on the day tickets being first come first served and to get there super early to be able to get one. We actually pitched up at 2pm to see what the situation was and walked straight onto a tour! Perhaps it is different in summer but it meant no early morning queueing for us which we definitely appreciated. 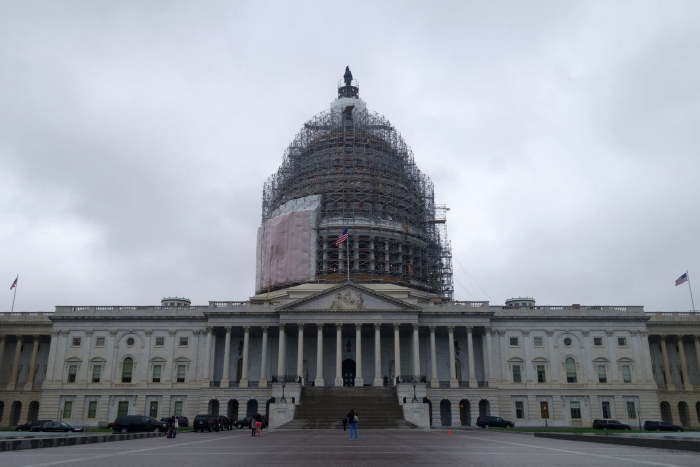 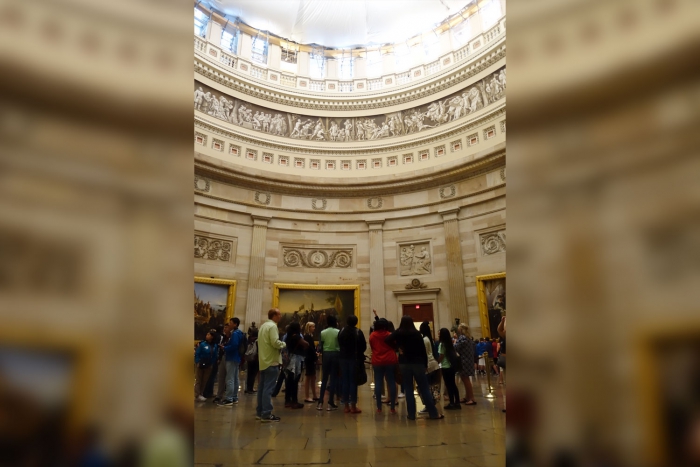 The tour started with a short film and then we were taken through some of the different portions of the building (not the actual rooms where congress and the House of Representatives sit, you need to do something else to be able to watch them and I'm not sure how you do go about it). The tour guide was very enthusiastic about Washington DC's history and knew loads about the building. The whole thing lasted about an hour and was really informative!

We only ducked our head in here whilst waiting for the tour at the Library of Congress, you don't need tickets or to join a tour, you can just wander around yourself. 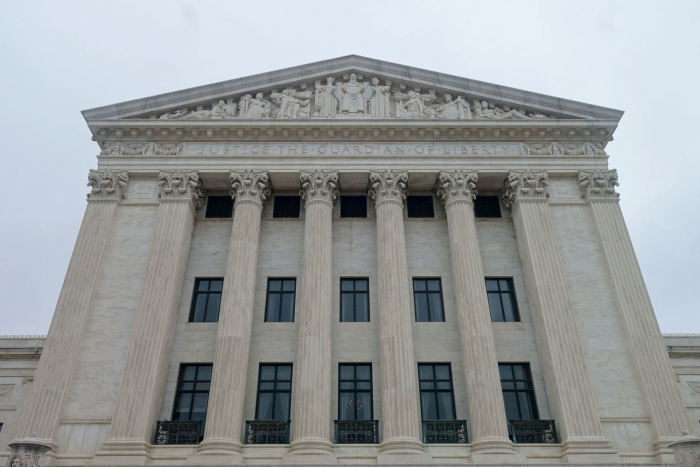 They do have lectures every hour or so in the chamber which we would have attended with a bit more forward planning but otherwise you can just admire the building and paintings on the walls. 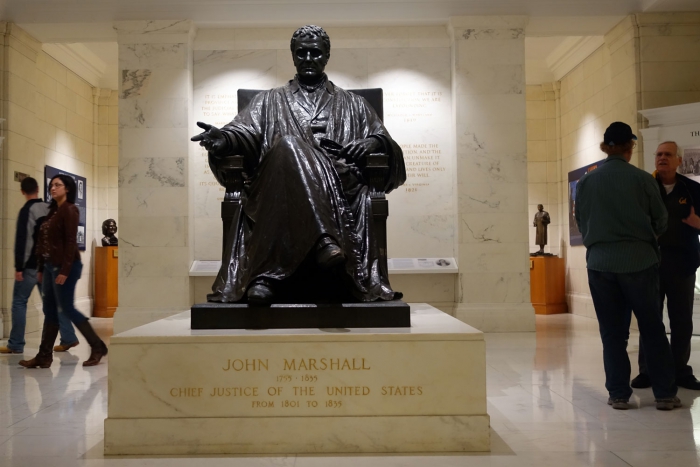 This may have been my favourite of the guided tours we had. The building is beautiful and they have some fantastic exhibits such as a complete Gutenburg bible, a map where America was written for the first time and Thomas Jefferson's library collection. 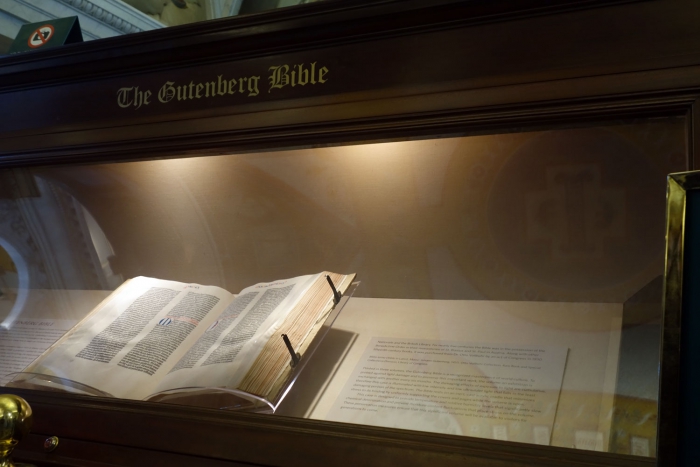 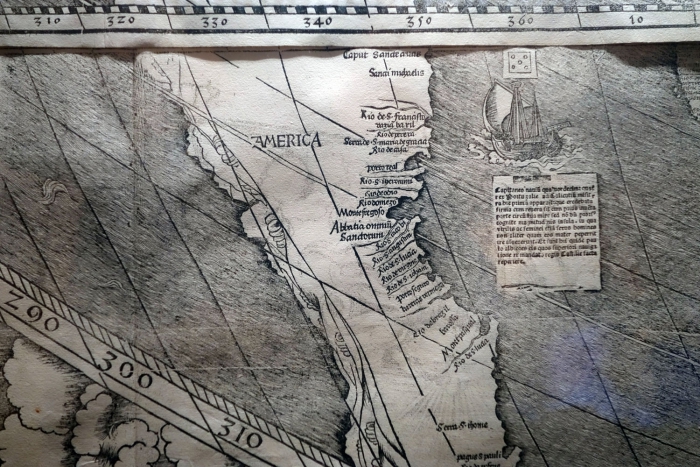 The map that is the earliest record of the name America 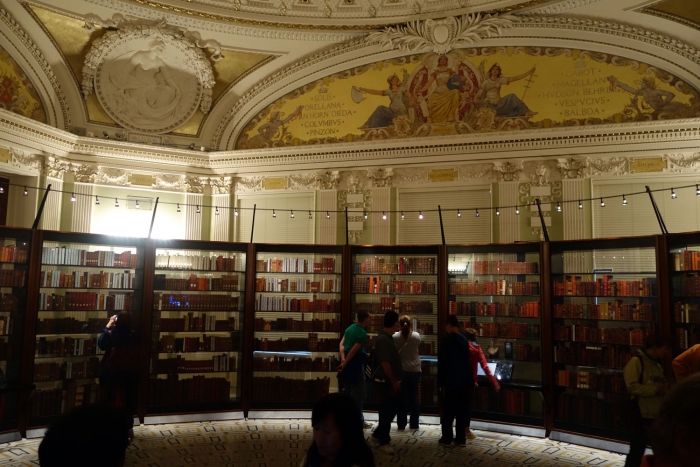 The guide was again really knowledgeable about the history of the building and it's contents and pointed out some neat little things about the architecture that I wouldn't have even noticed walking around on my own. You can do just that, look around yourself, but tours run every hour and are free with no ticket required so if you get the chance, definitely hop on one of the tours! 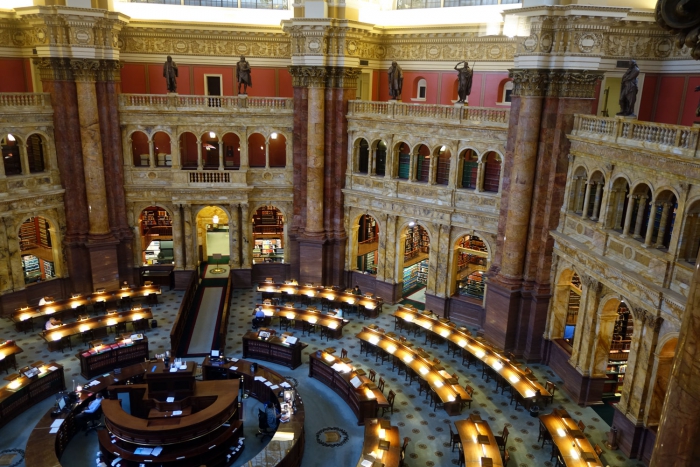 This one pretty much speaks for itself, it's one of the more iconic Washington landmarks. It is worth nothing that it is heaving with tourists and about a million school groups so it's not quite as peaceful as the movies would have you believe. 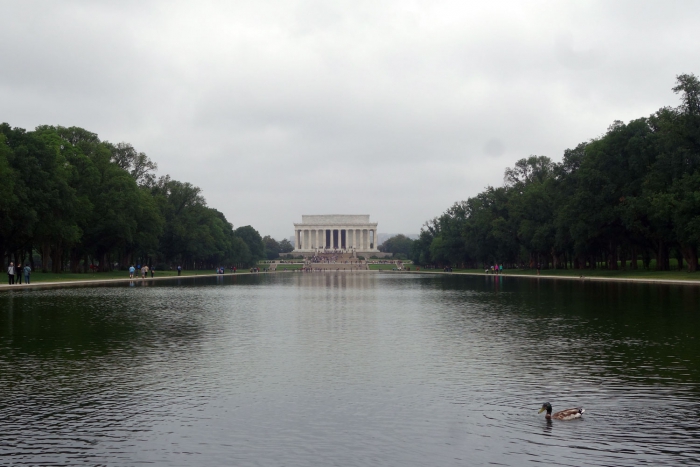 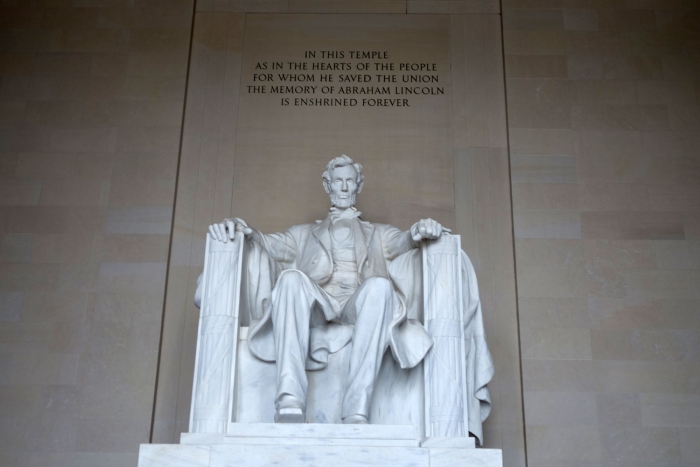 This is another attraction that requires tickets (free again). It appears to be a little more popular however and the on the day tickets clear out a bit faster. We still didn't queue at 8.30am as recommended online but arrived at 10.30am instead and there was a selection of times available (although we are now in summer hours which extended the available tour times by four hours!) 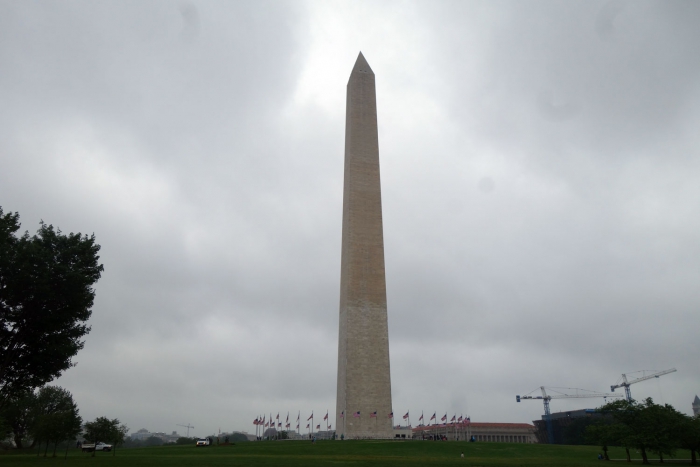 You arrive at your time and head up in the elevator where you can spend as long as you want up there looking over the city. The floor below has an exhibit about the monument and how it was built, including information about the repair work following the earthquake a few years ago; turns out the building is just held together with gravity, no cement or metal or anything. Needless to say I got into the elevator pretty quickly to head back down again. 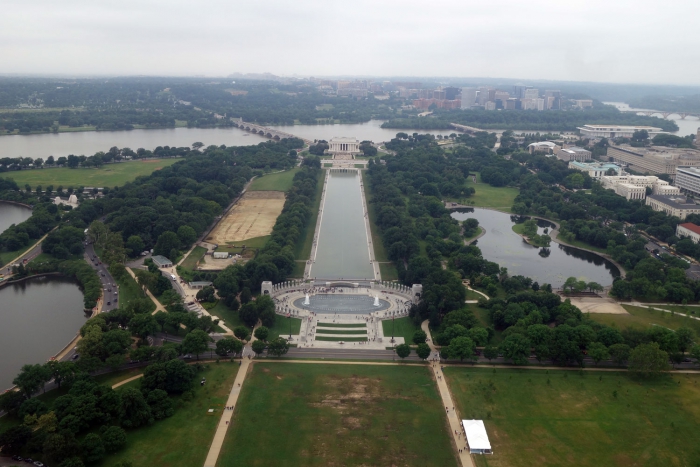 Bureau of Printing and Engraving

The bureau of printing and engraving is where they make all of the paper money in The USA. This is one of the places you need a ticket for but again we were pretty fortunate to rock up at 11pm and still have a fair few choices of tour times despite the online consensus being to turn up super early in the morning. 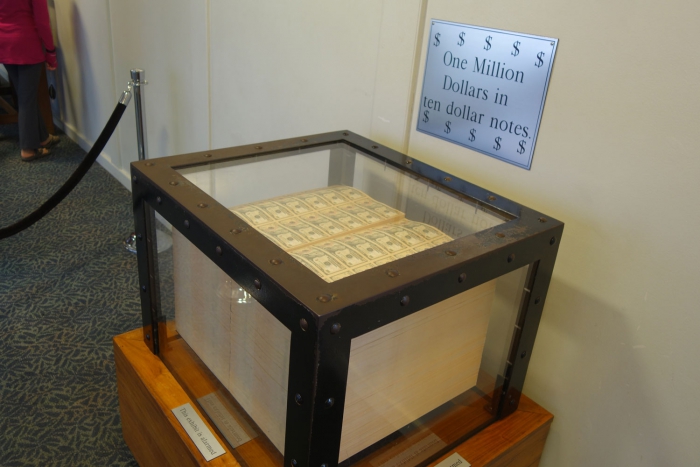 You watch a video about the printing process and then are taken through an overhead walkway to watch the bills being made whilst s tour guide fills you in on what's happening. It's s bit of a more random stop off but actually quite fun and you can't beat the feeling of being surrounded by tons and tons of money!

The White House and visitor centre

I think this is on everyone's Washington itinerary. We started with a walk around the outside of the White House (currently they aren't holding interior tours for foreign nationals due to budget reasons which sucks a little but there's nothing you can do) and were surprised by how many roads are blocked off around it and how far away from the street it actually is! 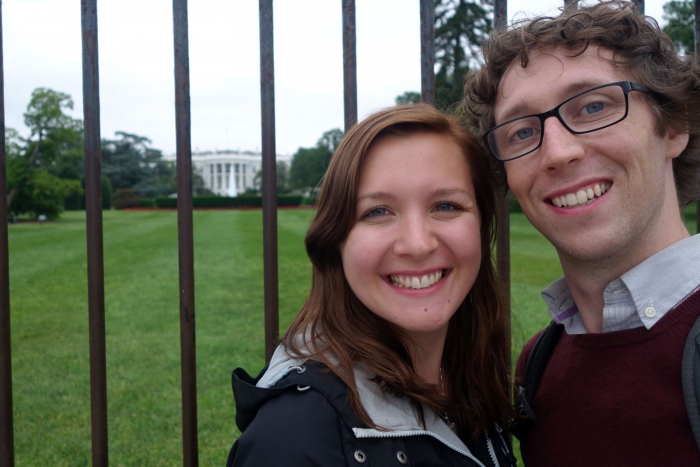 Then we headed to the visitor centre. It actually holds an exhibit all about the White House and there is a great video by a load its previous occupants talking about their experiences - it's a sort of substitute for all of us who can't actually get inside for a look. 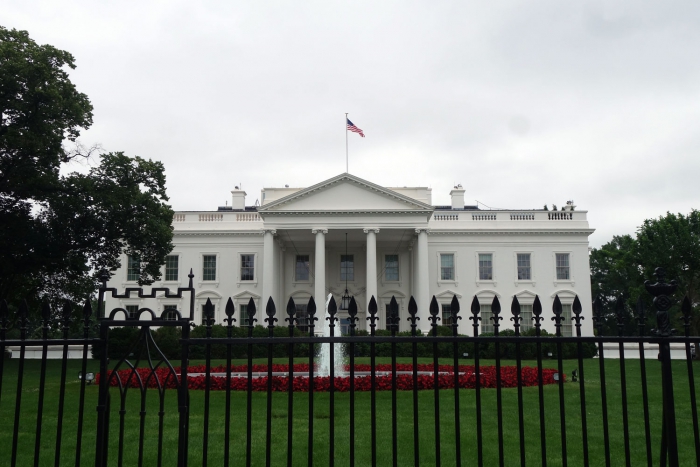 On our last day we took a trip to the zoo for two reasons, the first being that it is also free and so this is quite impressive for a zoo, and second to see their famous giant pandas. We had allotted about an hour and a half to quickly scoot around the park but actually ran out of time fairly fast, there is loads to see - it's pretty big! 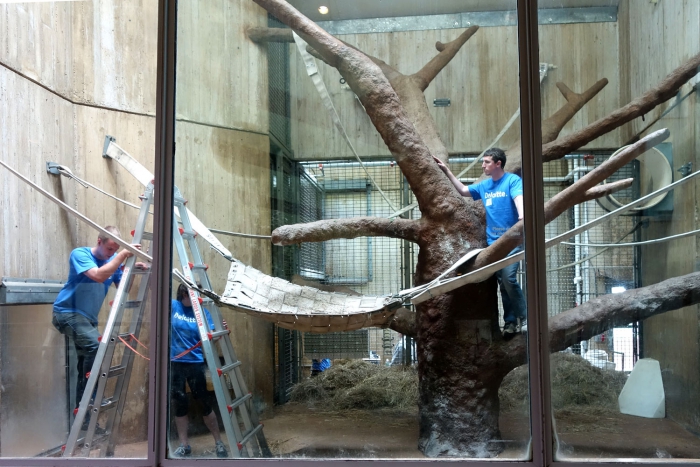 The offering was very comprehensive - they even had a human exhibit

We managed to fit in one demonstration with the cloudy leopard which was cool, I wish we had known when the other ones were - they aren't well advertised within the park. 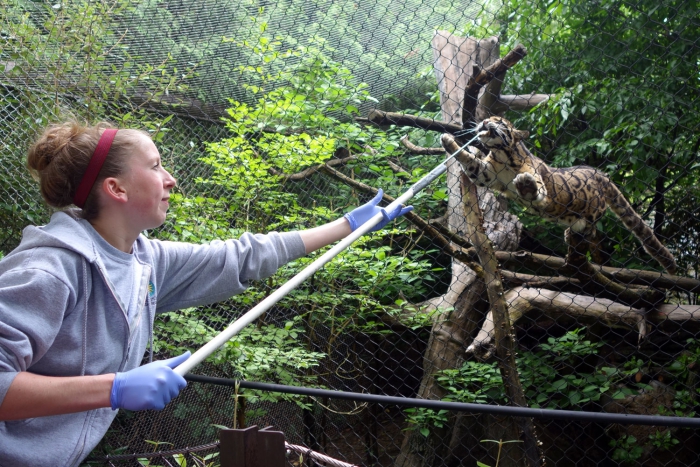 The giant pandas were pretty awesome, just chilling eating bamboo or crashed out on the floor asleep - my kinda animal! 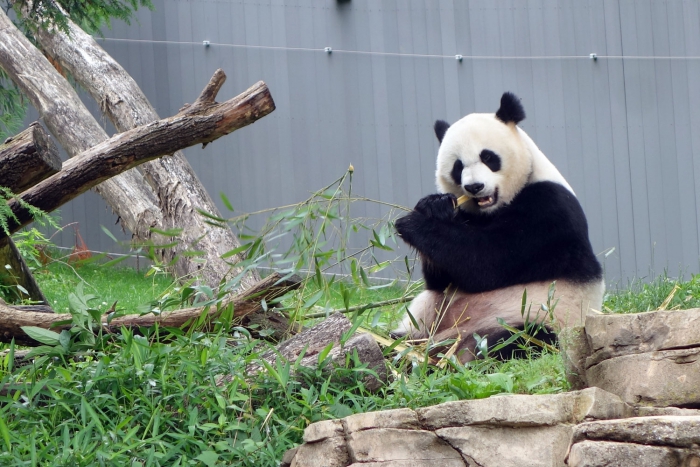 This trained panda was playing a flute 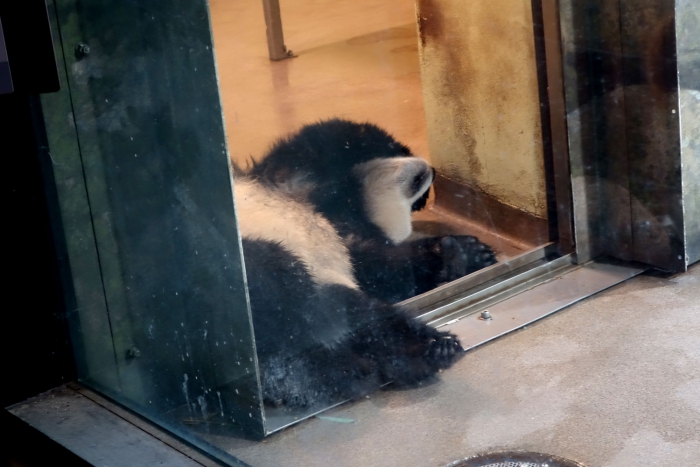 How we felt at the end of the day

Fords theatre is famous for being the place where President Lincoln was assassinated. They run tours throughout the day which include either or both of seeing the museum or having a ranger talk in the theatre. Tickets are required for this one and are extremely popular so as we were only going to be going there in the afternoon, we decided to make advance reservations which we paid for instead of turning up to try to get free tickets. Our tour included the museum (which had mountains of information about the life of Lincoln) and a ranger talk in the theatre itself which was really awesome! If I had to pick just one I would definitely make sure to do the ranger talk as they provide a wealth of information and really contextualise the place for you. 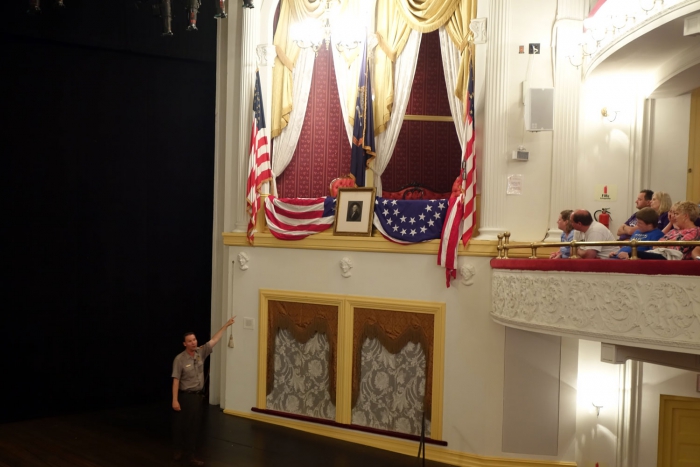 After this you can also go across the street and walk through the house where Lincoln eventually died the morning after he was shot. It has been restored to as near the original as possible which is a little creepy is easy to do and free with your ticket. 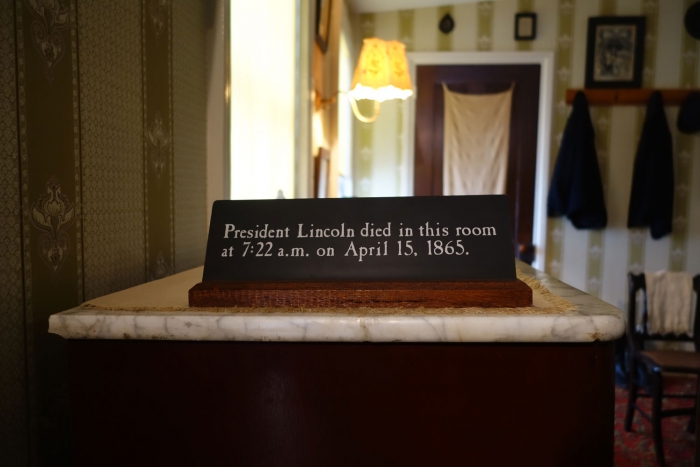 Our final visit in Washington was to the National Archives. We had actually tried to get in the evening before (a Thursday) but it was jam packed with school children so we left and decided to return on the Friday at about 4.30pm. This time it was much better, no queues for anything and an incredible amount less noisy. We checked out the Bill of Rights, Declaration of Independence and Constitution (no photos allowed unfortunately) and the other public archives exhibit which had bits and pieces of documents and memorabilia from an assortment of different eras.

I really enjoyed my time in Washington, there was so much to see and do - I could even go back again and only visit things I didn't get a chance to see this time and be able to spend a whole other week there! I learnt a shed load about America history; those five days in Washington and our one day in Philadelphia have given me a greater understanding of America's past and government than any book or lesson or video ever have.