Written by Lisa. Published on Wednesday, 24th June 2015
A tour with Shark Valley tram tour in the Everglades National Park.

On our way up from the Keys to the Space Coast we would be driving past the Everglades National Park and couldn't pass up the opportunity to try to see some Alligators in the wild.

I did a little research and it seemed that all the big advertised tours and airboat rides actually aren't within the Everglades National Park but just on the outside in their own little areas (they aren't allowed in the park as they are too noisy and disruptive apparently). A lot of these tours also include things like alligator fighting and wrestling which I wasn't really on board with, I wanted to see them in their natural environment, not a manufactured, almost brutal setting. 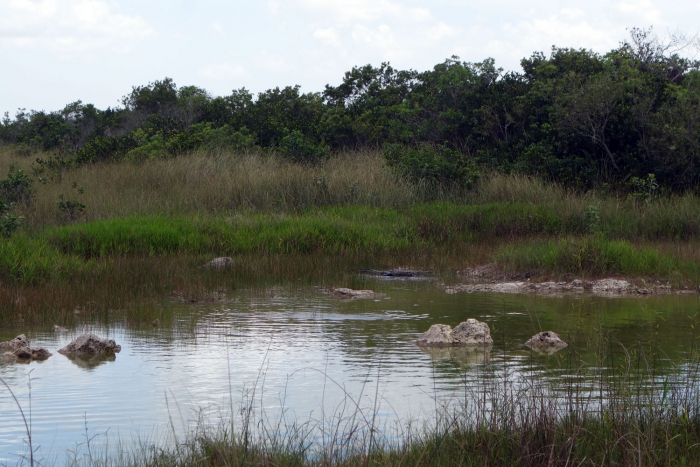 More lying around, less 'wrestling' for alligators in the park

In the end I discovered that there was a tour that operated within the national park and is approved by the park services. It is a team tour instead of a boat tour and lasts 2 hours instead of the rest which are usually around 1 hour. It cost $23 each, again more than half of the price of the tours outside of the park. The reviews were good and it is lead by naturalists so we figured it should be a pretty good experience.

I reckon it was a good shout in the end. We drove past all of the big commercial enterprises on the way to the park entrance and weren't really impressed by the look of any of them. Luckily our annual park pass got us into the park for free, otherwise it is $10 per car.

We hopped on board the tram at Shark Valley visitor centre and started the tour with a very knowledgeable guide (I'm afraid I can't remember his name!). 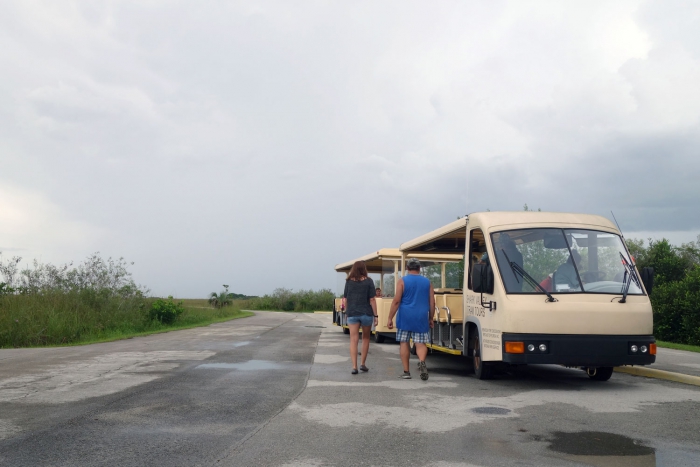 We learnt about the history of the park, the plants and geographical features whilst we drove deeper into the park, towards water and where most of the wildlife would be. They looked really hard to show us different reptiles and birds - we saw loads of tiny baby alligators in small pools beside the road and as we neared the observation tower in Shark Valley, they actually stopped the tram beside a large lake and took us on a walk around it. 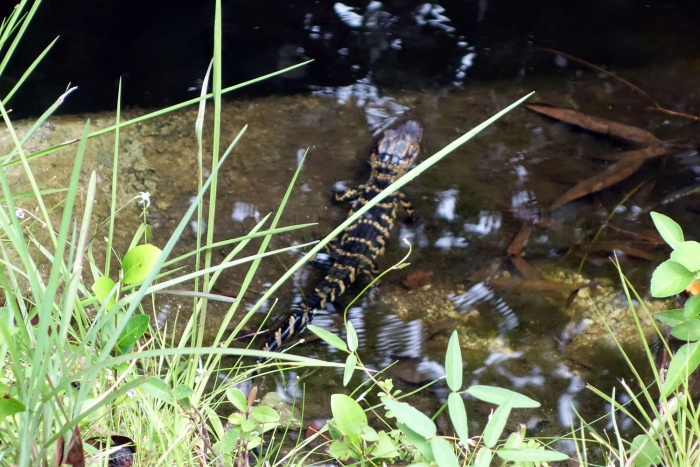 I was not super keen on the idea of walking on a narrow path beside water that likely held 'at least 10 or 20 alligators' given how aggressive the ones in Australia can be and the warnings not to go near water with them in. 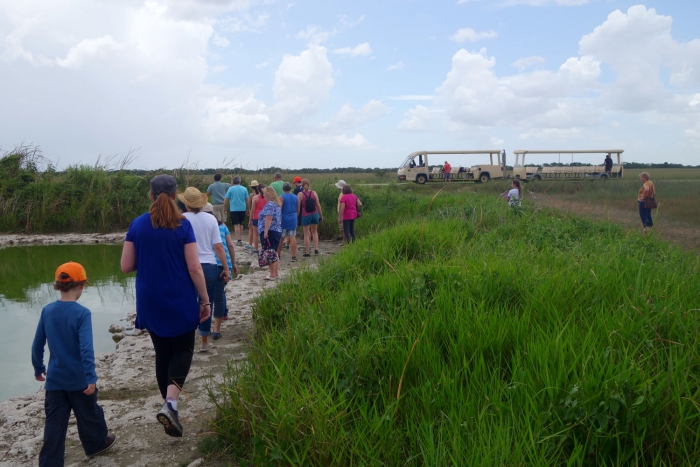 Turns out the alligators in the park are smaller than their Australian counterparts and still scared of humans given they haven't been fed by them. 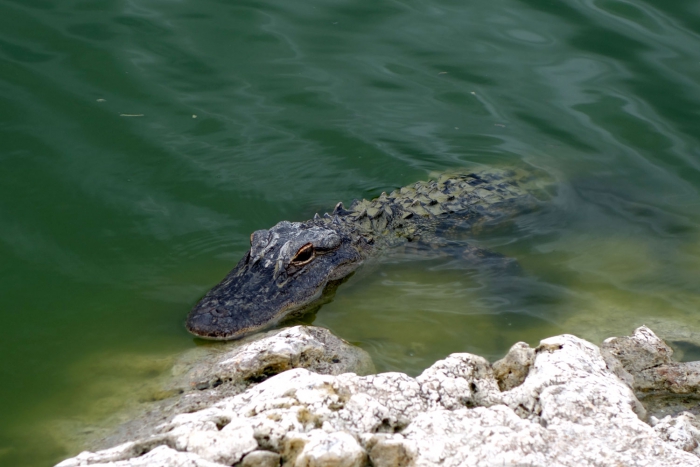 We walked right up to a couple that were lying beside the bank and they just weren't bothered! I would still fairly happy when we got back on the nice safe tram however. 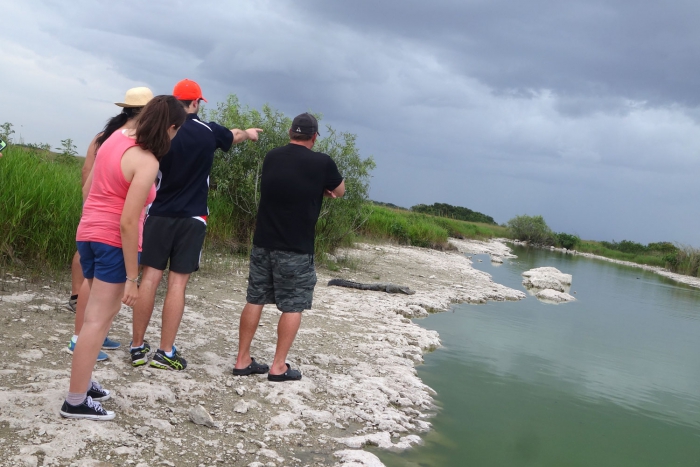 Next stop was the observation tower where were able to climb up and survey the surrounding area. We saw turtles and birds and possibly some alligators lurking in the water. 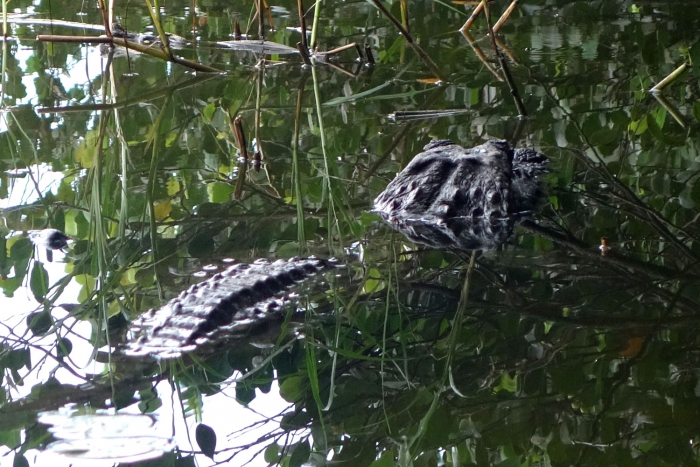 On the way back the guide took us down a small path on the way to the observation centre to find some snakes (which we did, curled up in a log) and some more alligators in the river beside the track. 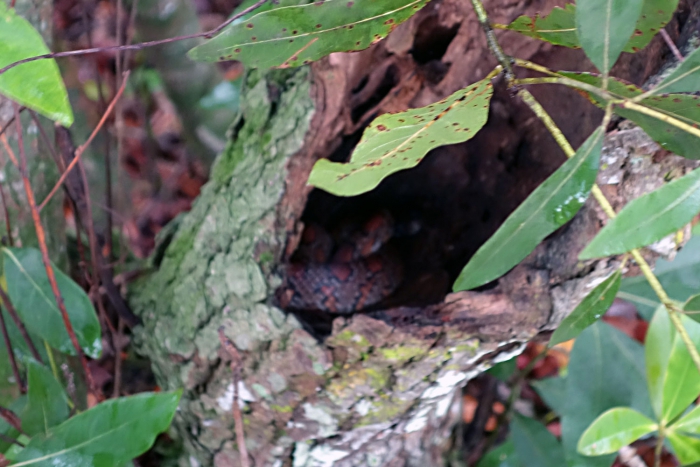 It was then time to head back to the visitor centre, with some more anecdotes about the only alligator bite in the park and the recent explosion of pythons in the park due to pets being released in the 2000's.

I really enjoyed the tour; I learnt a lot, the guides were awesome and knowledgable and we got to see all the wildlife in their natural environments. I would definitely recommend it as an option when in the Everglades!