Tips for your first night in your campervan in Australia

Written by Lisa. Published on Wednesday, 29th October 2014
Learn from our mistakes on your first night in a campervan in Australia.

Pick up your van earlier rather than later if possible

It takes an hour or two to sort out all the paperwork and be taught about the van and time can slip away surprisingly quickly. On your first day you want to be on the road as early as possible so that you have time (and daylight) to get properly settled in. 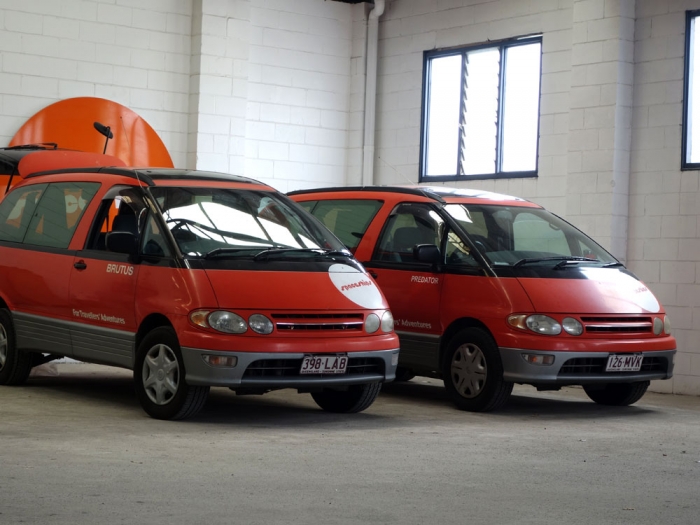 Something that we were caught out on the first night was that campsites in Australia close at around 5pm and put their barriers down so if you haven't booked in advance, you won't be getting into a campsite!! This is completely different from New Zealand where you can usually park up and pay the next morning. We ended up finding a free camping area about 20mins drive from where we wanted to be so it wasn't that bad but you may not be so lucky so be prepared.

If your first site falls through it might be good to use a local hostel as a safety net - just make sure you don't miss their cut-off time too!

I'm not completely an expert in this field but we got a nasty surprise from a huntsman spider (we think) the other day which we discovered when refueling the car (think big and fast spider - eep!) ... so maybe don't leave the windows and doors lying open without you having an eye on them. Too many creepy critters in Oz!

... screw it. Buy yourself some fast food and, worst case, park up and find a hostel for the night. With the time getting on, we figured that the last thing we were going to want to do at the campsite was cook in the dark so instead we dropped into a favourite pizza place for some surprisingly cheap pizza! 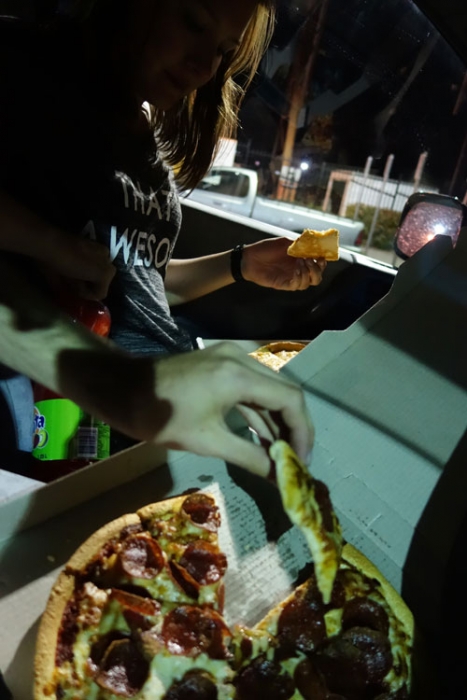