A couple of days in Vancouver

Written by Lisa. Published on Wednesday, 15th April 2015
Wandering around Vancouver for a few days including a trip to Granville Island.

Arriving into Vancouver at 8am, we hopped off the bus and decided to grab some breakfast at Tim Hortons (when in Canada...). 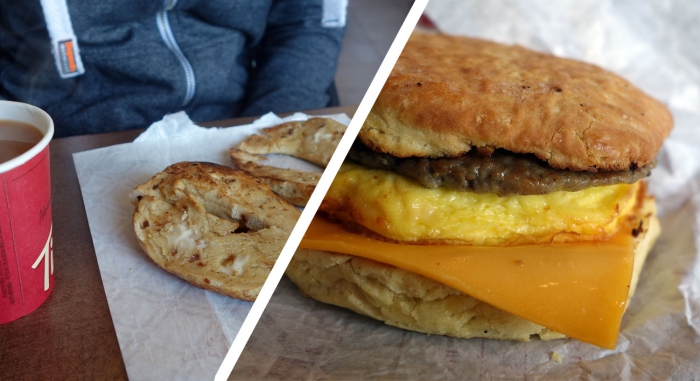 Sufficiently refuelled we walked to our accommodation which was a studio I had booked on airbnb and the owner had very graciously allowed us to check in early rather than wander the streets of Vancouver with our big bags!

I genuinely thought that we would have to take a nap to gather the energy to go out and do anything that day but surprisingly we managed to muddle through. We went out and grabbed some food from a little Italian grocer around the corner and after lunch decided to go for a walk into the city. 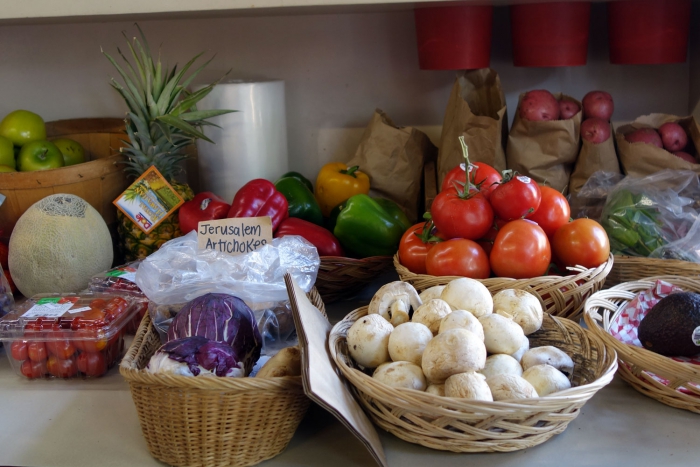 We meandered through Chinatown and stumbled on a pretty little Chinese garden. We decided to head for Gastown as it was supposed to be an interesting part of the city. On the way there, we crossed a VERY rough looking street that we later found out was West Hastings street which has quite a poor reputation. I don't know if it was just the bit we crossed but on both sides of the street there were hoards of what looked to be homeless people. 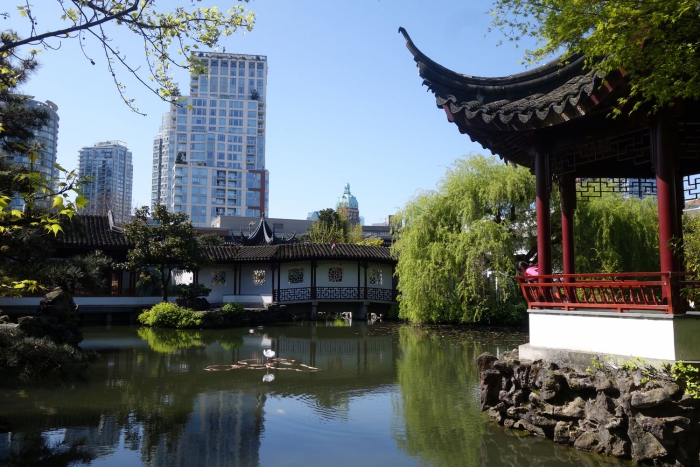 We carried on to reach the Gastown area which was a little underwhelming but had some quirky shops. We saw the famous steam clock chime on the hour and then walked on the see a little of downtown. The bus journey started to catch up with us at that point and we decided to head back to the apartment and call it a day. 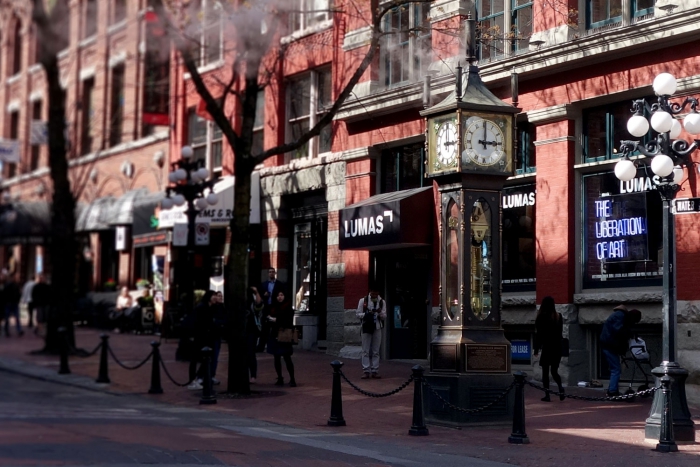 Famous steam clock which we stumbled upon just in time for the hourly chime!

The next day we woke up and were surprised to find that it was warm outside! It felt odd to not need to don the multiple layers we were used to from the previous 3 weeks but I was pretty excited to only need to wear one top. 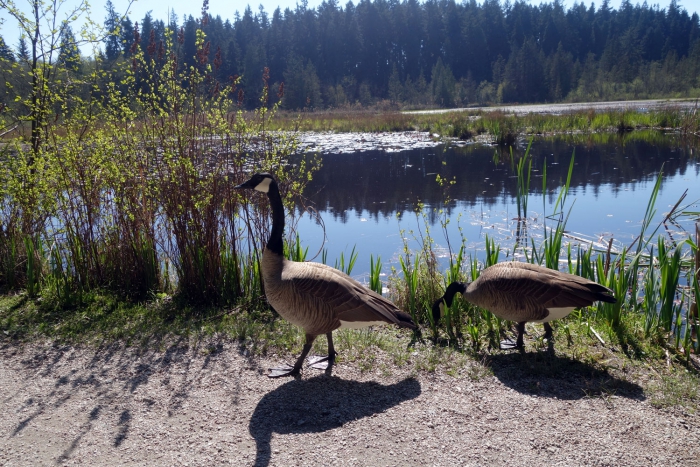 We spent the day walking to and around Stanley Park along the sea wall and then we went into the park to check out some of the lakes inside it. We got some pretty cool views looking back onto the city and the park was in general a nice place to spend the day.

On our final day we thought we'd go and check out Granville Island and one of the beaches of Vancouver; Kitslano. We walked A LOT that day, Granville Island was a cool place; arts and crafts alongside a public market in old industrial buildings, but the beach was such a disappointment especially as the weather took a turn for the worse and it started to snow. 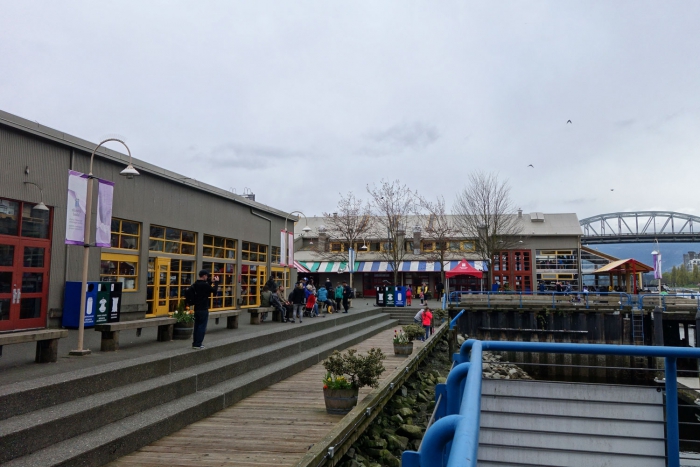 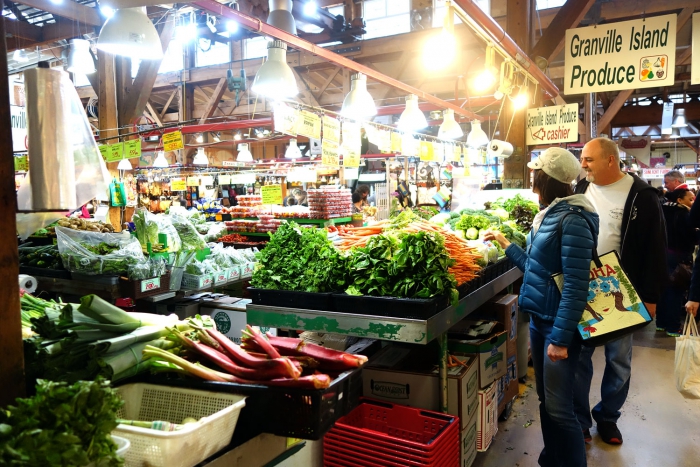 Inside the Granville Island Market 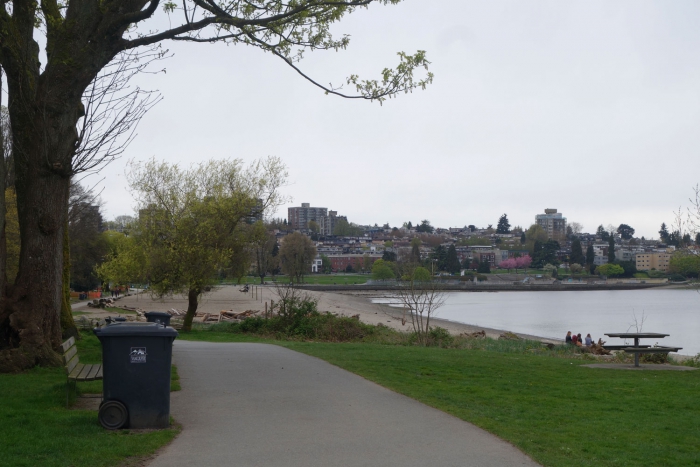 So perhaps try the beach in summer when maybe it's a bit more atmospheric but Granville Island was definitely worth the trip!

Throughout our time in Vancouver there were several times that we managed to spot Ryan Reynolds shooting scenes for the upcoming Deadpool movie which was fun - annoyingly these were so fleeting that I rarely was able to pull out the camera in time. Here is a fairly terrible far away shot of them filming on the freeway, accompanied by an artists impression of my face at the time. 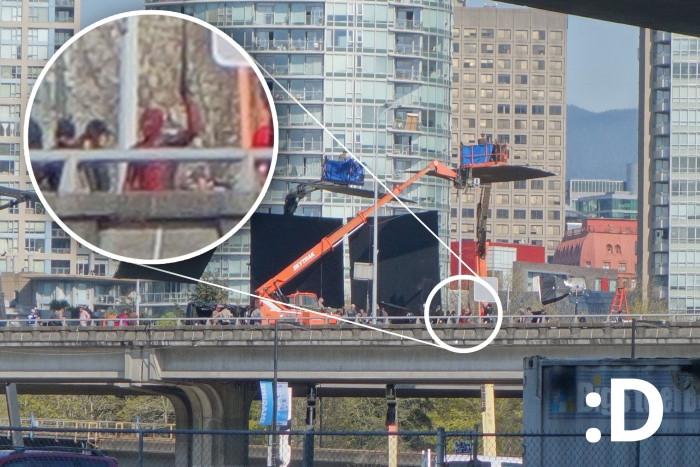 The city seemed full of filming; On top of the Deadpool stuff there was also filming on the street for DC's Flash TV series as well as a crew filming a kid on a bike on the street just outside our apartment.